The following picture was taken by Giovanni Maduli on Feb. 10, 2011. It shows a Eurofighter Typhoon of the local based 4° Stormo leaking some fuel from the tail tank (for those who might think the aircraft is dumping fuel, the answer is no, since the F-2000 is not equipped with fuel dumpers). 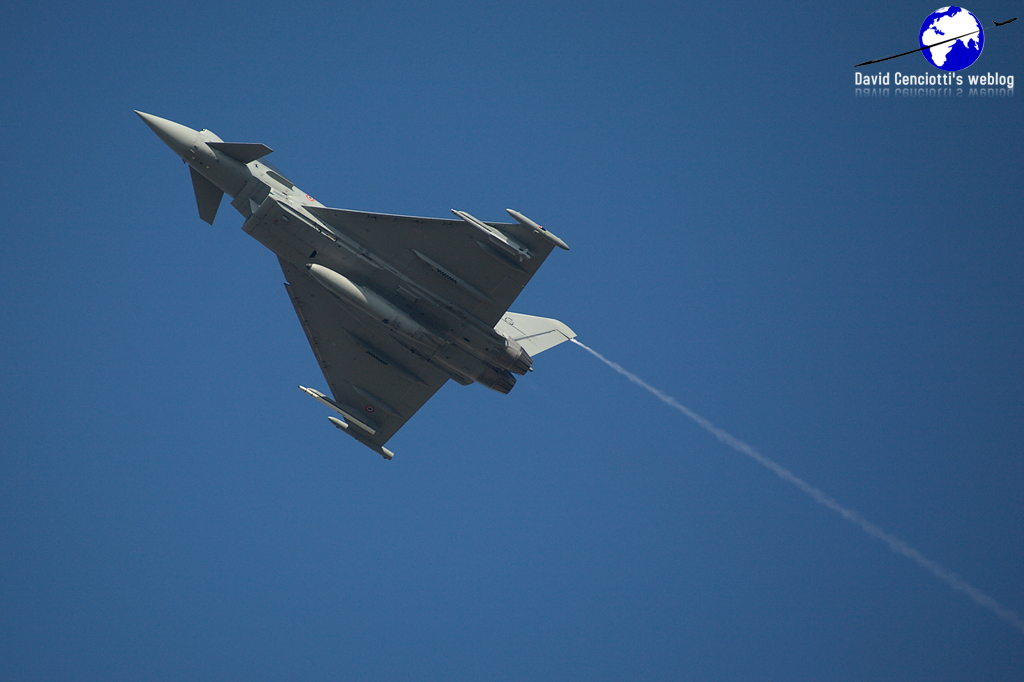 July 2010 will be remembered for being a month full of news for the Italian Typhoon fleet. First of all, on Jul. 1, the 10° Gruppo, equipped with the leased F-16 ADF, moved from the […]

More pictures taken at Deci during the 494th FS detachment on Feb. 1 – 2. Part 1 Part 2 About David CenciottiWebsiteFacebookTwitterLinkedIn instagramDavid Cenciotti is a journalist based in Rome, Italy. He is the Founder […]

One of the Italian UAS (Unmanned Aerial Systems) has crashed in Libya. It’s not clear whether it was shot down (as claimed by some Libyan reports) or crashed for other reasons. Images showing the wreckage […]