On Jan 5, at 12.00 LT, the 12° Gruppo belonging to the 36° Stormo of the Aeronautica Militare (Italian Air Force, ItAF), based in Gioia del Colle, will undertake its first QRA (Quick Reaction Alert) duty with the Eurofighter F-2000 Typhoon since 5 years (the last QRA was undertaken with the Tornado F.3s leased by the RAF. For more background information about the last days of the ADV in ItAF service read also the following article: Il 36° Stormo). The Squadron received its first Eurofighter Typhoon on Oct 1, 2007, immediately starting the training required to achieve the operational capabilities needed to be employed in the air policing role. On Dec 1, 2008, the Squadron has achieved its first 1.000 flight hours on the type, a significant event that was celebrated with a flypast of a 5 ships formation on Gioia airbase. Beginning on Jan 5, 2009 the “Strali” (Strale is the Sqn’s radio callsign), will be again part of the SSSA (Servizio Sorveglianza Spazio Aereo, Airspace Surveillance Service) providing the Air Defense of the Italian airspace along with the F-2000s belonging to the 9° Gruppo of the 4° Stormo, based in Grosseto and the F-16s of the 10° and 18° Gruppo, both belonging to the 37° Stormo, based in Trapani, and of the 23° Gruppo (5° Stormo, Cervia). The involvement of another Italian Eurofighter Squadron in the Air Defense of the Southern Flank (Gioia del Colle is located in SE Italy), comes in a period of particularly intense Russian activity in the E. Mediterranean Sea. The Admiral Kuznetsov aircraft carrier has already sailed in the Ionian Sea and it is expected to conduct air operations within the Athens FIR in the next weeks. Russian Sukhoi 25 and Su-33 aircraft, along with Kamov helicopters would take part in the operations.
The Londondailynews.com website published the following interesting article on the topic:

Greeks give “Green light” to Russian war games in Med

International Desk
A Russian war frigate has for the first time since the Cold War commenced a military exercise in NATO airspace, with the Greek government granting permission for Russian jets and naval ships to undertake war games from today 2 January upto 11 January.
Speaking to Reuters the Russian Government said:

“The Kuznetsov, which is sailing in the southeast Mediterranean, asked Greece’s civil aviation authority to operate within the Athens Flight Information Region (FIR),” the ministry said in a statement. “The request was granted. Greek defence officials said that Russian Sukhoi 25 and Sukhoi 33 fighter aircraft would take part in the operations, as well as Kamov helicopters. The Greek Civil Aviation Authority and Ports Authority have permitted Russian military to carry out according to military analysts in Athens a “full scale military war game” at the time when the Israelis are about to launch a ground offensive against the Palestinians.
Foreign embassies in Athens have requested clarification from the Greek Government over the Russian war games, with the US Embassy particularly concerned. The geographical area being used by the Russian military is south of Attalia of Turkey and east of Tarsou of Syria, and is a particularly sensitive hot-point, as the area is disputed by the Republic of Cyprus and Turkey over who has rights to exploit oil in the area.
Analysts in the region are saying that Russia is flexing her muscles to show the United States that she is prepared to act in areas where her “national interests” are threatened. The “near East” as the East Mediterranean has been known is particularly important for Russia, and the Greek government has played a strategic part with the Russian’s, following several high level agreements over economic co-operation.
Russian military ambitions have extended to a programme of a new nuclear powered aircraft carrier with intelligence reports stating that: “The program of building new aircraft carrying cruiser ships that Russia is
adopting after President Medvedev’s announcement was not born recently. The first Russian cruiser ships with aircraft carrying capability were built in the 1980s and 1990s. However, a lack of money prevented this programme from its natural course and finally it was abandoned, only to be restored in full and with a vengeance in 2008. It is due to be completed in 2015. A US aircraft carrier is a floating flight deck with hangars for the aircraft and barracks for pilots and marines. A Russian aircraft-carrying cruiser is a slightly smaller ship with fewer aircraft on board but heavily armed with missiles, both operational and tactical, plus a strong anti-aircraft capability. The result is that a US carrier cannot travel without its support group, while a Russian cruiser is capable of conducting combat operations alone. “

During the Cold War, close encounters of Soviet bombers and reconnaissance aircraft transiting through the Southern Adriatic Sea with the F-104 interceptors of the 12° Gruppo were frequent (read: Memories of a fighter pilot, pictures here: Zombies). With the incresed Russian air and naval activities in the Med., it is possible that, in the next months, the Gioia del Colle F-2000s will be asked to intercept some aircraft wearing the famous Red Star as the RAF Typhoons have been doing quite often from more than 1 year. 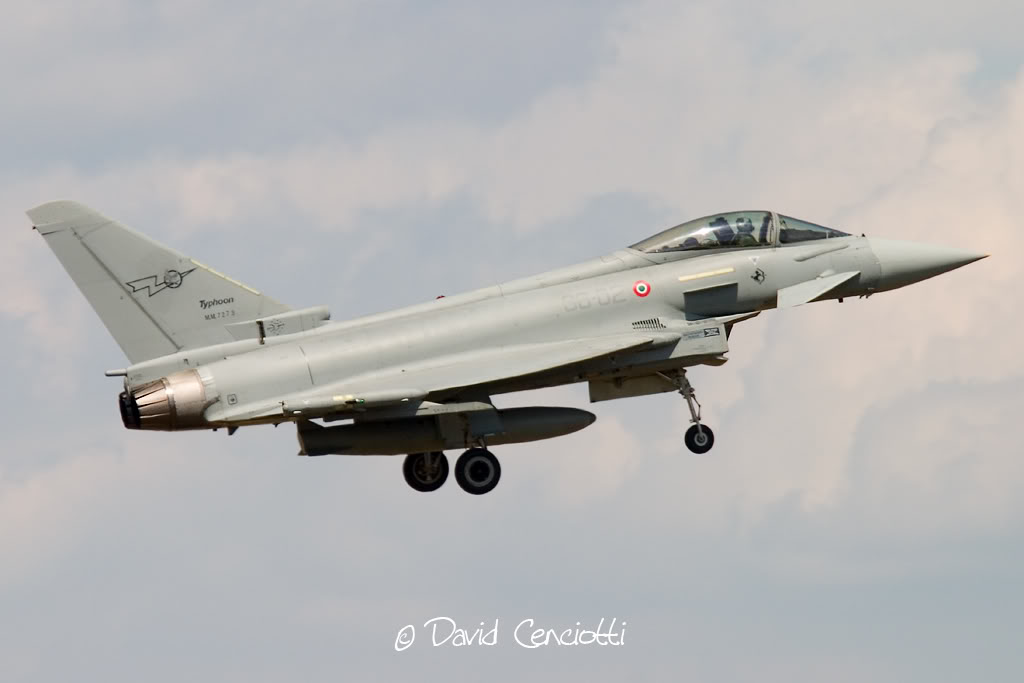 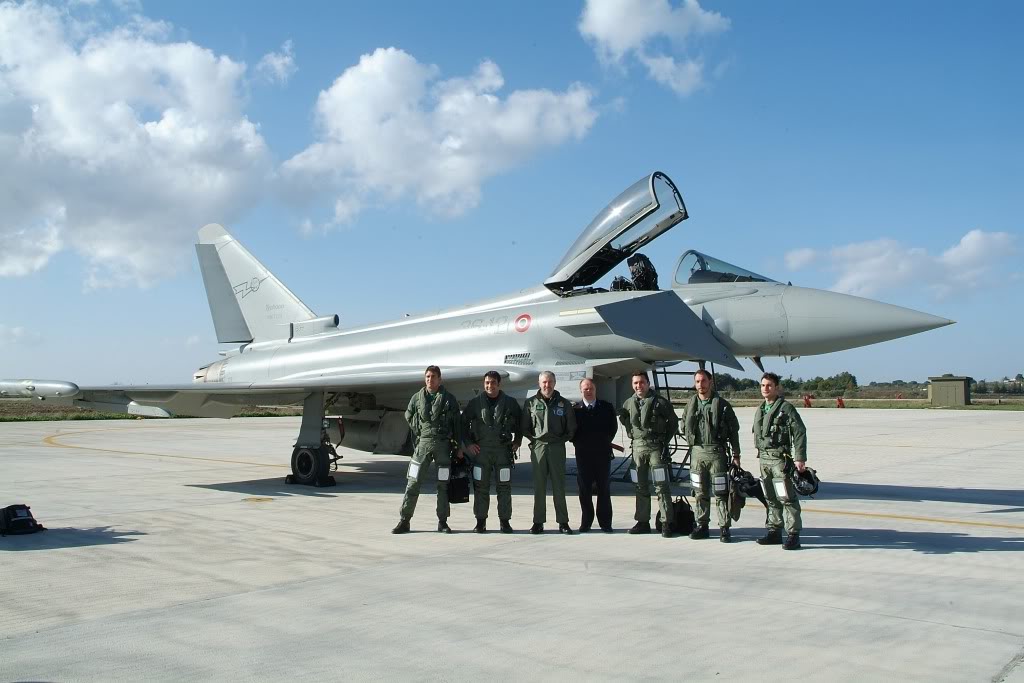 Italy Doubles The Number Of Eurofighters Deployed To Romania, Prepares To Send Military Aid To Ukraine