On Aug. 5, Grosseto airbase hosted the ceremony for the 9° Gruppo Change of Command. The new Cdr, Lt. Col. Andrea Argieri, replaced the former one Lt. Col. Andrea Picco, who was the first ItAF pilot to achieve the 500 flight hours on the F-2000. The most interesting part of the ceremony held by the first Squadron of the Aeronautica Militare to receive the Eurofighter Typhoon and the first one to perform the QRA (Quick Reaction Alert) service with the F-2000A among the airforces equipped with the European fighter, was the flypast performed by a formation of 8 Typhoons (7 “A” and “B” belonging to the 4° Stormo and 1 “A” belonging to the Gioia del Colle based 12° Gruppo of the 36° Stormo).
Adriano Bonelli went to Grosseto and took the following pictures of the formation flyby and the subsequent landings. 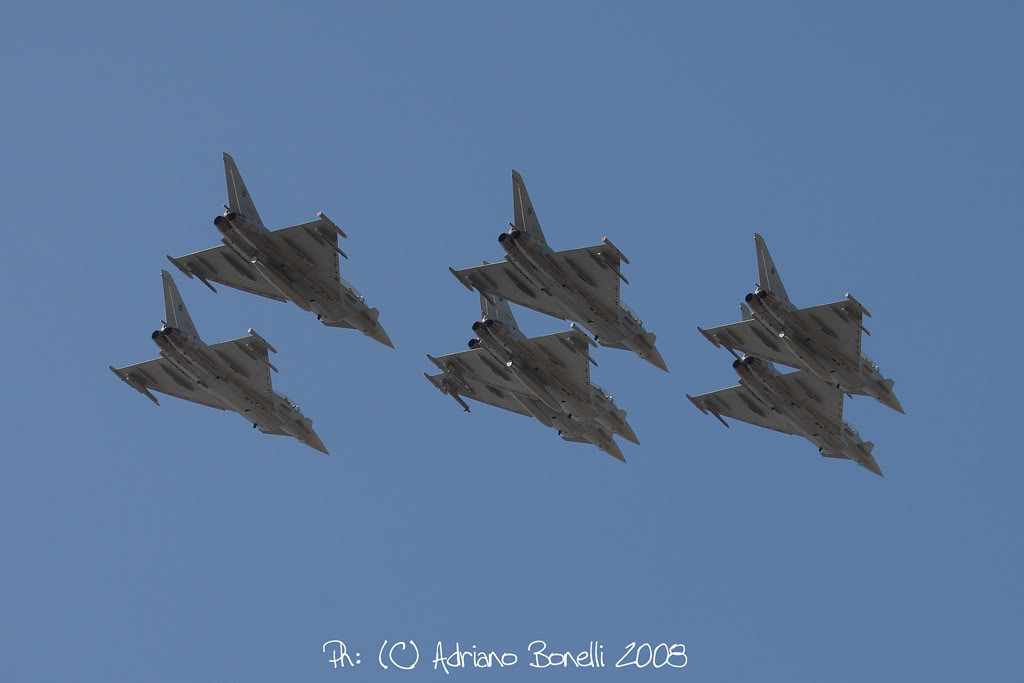 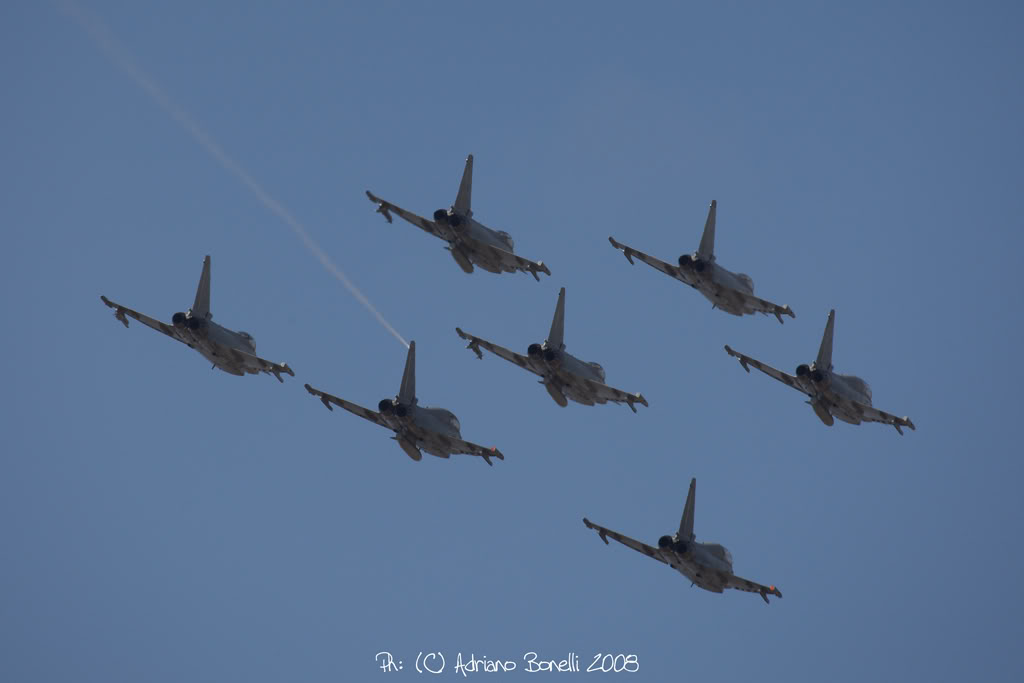 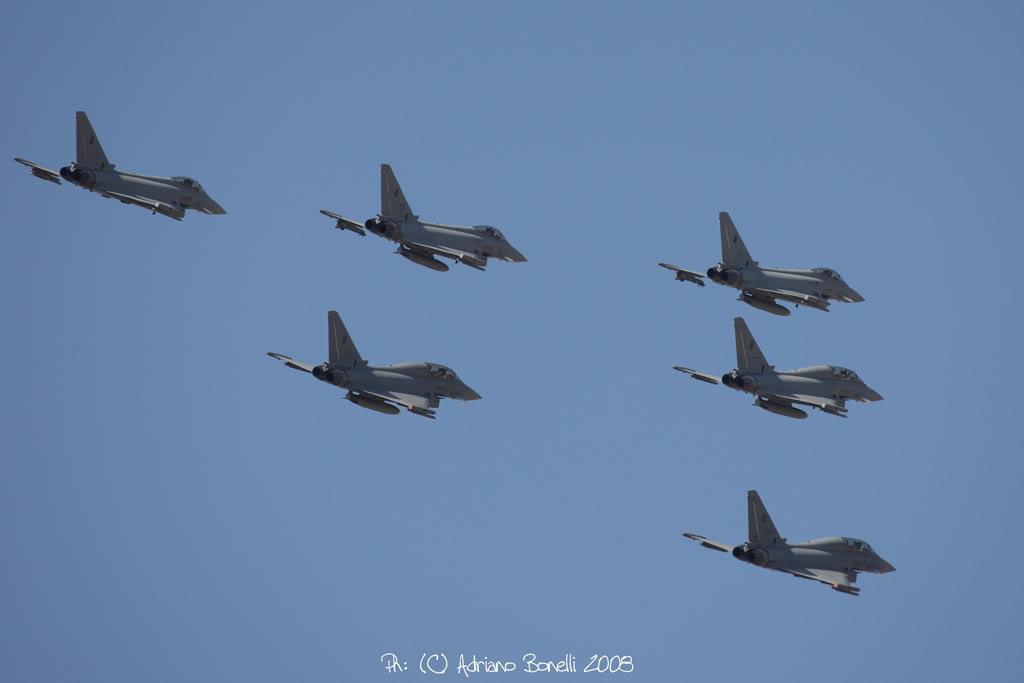 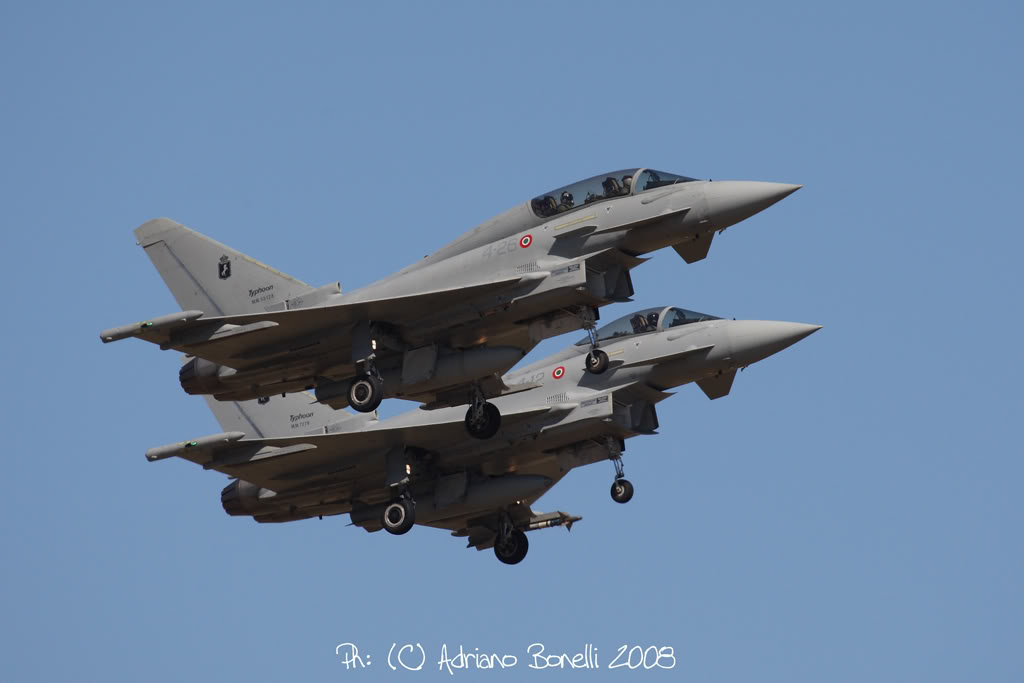 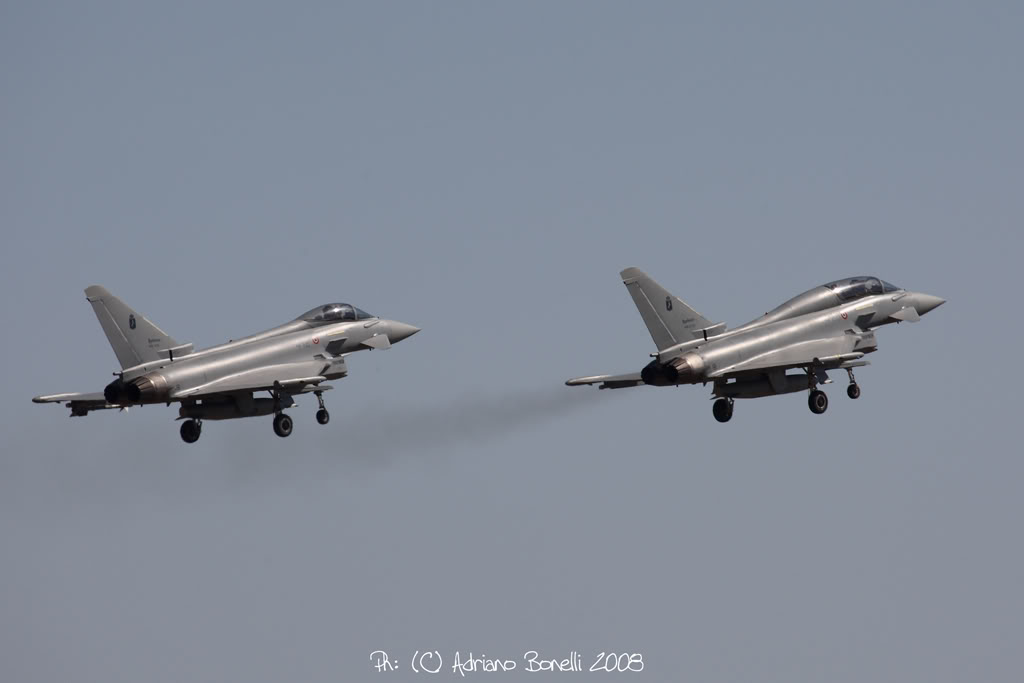 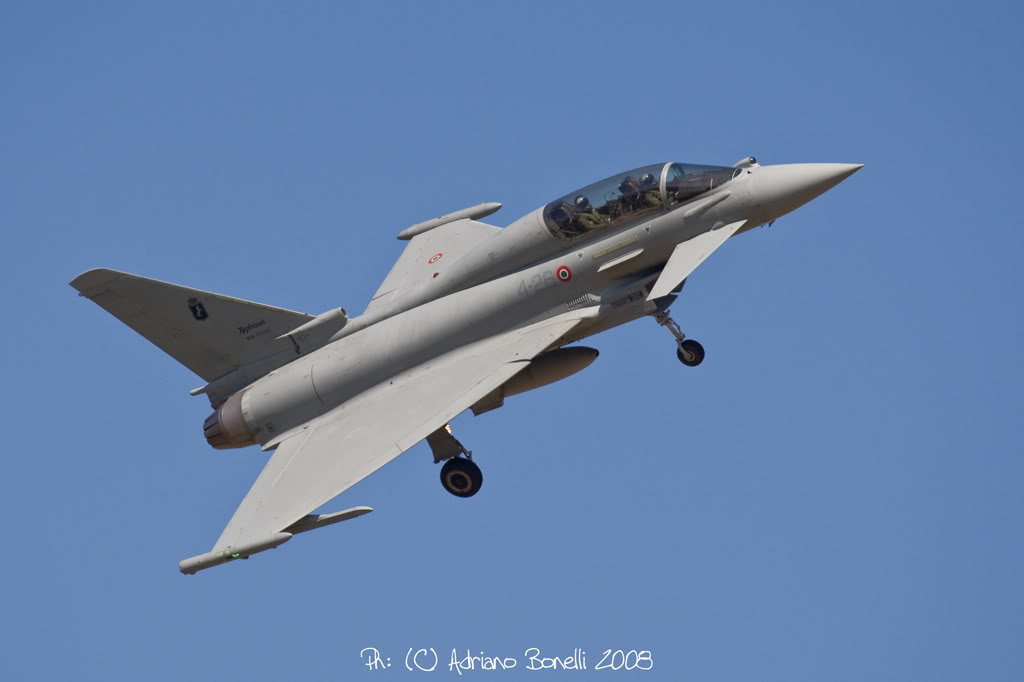