The Patrouille de France has officially started his American tour flying over the Statue of Liberty in New York City. And here are some great images.

On Mar. 25, at 12 pm local time, the Patrouille de France display team kicked off its first ever U.S. tour flying over the Statue of Liberty in New York City.

The formation of eight Dassault/Dornier Alpha Jet twin-engine two-seat jets flew over Manhattan trailing an A400M airlifter belonging to the Escadron de Transport 1/61 Touraine from BA 123 Orléans-Bricy, that acted as camera-ship and from where the cool photographs you can find in this post were taken. 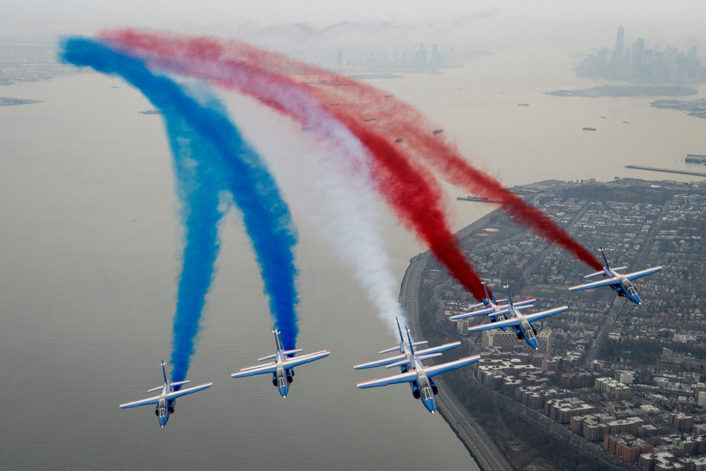 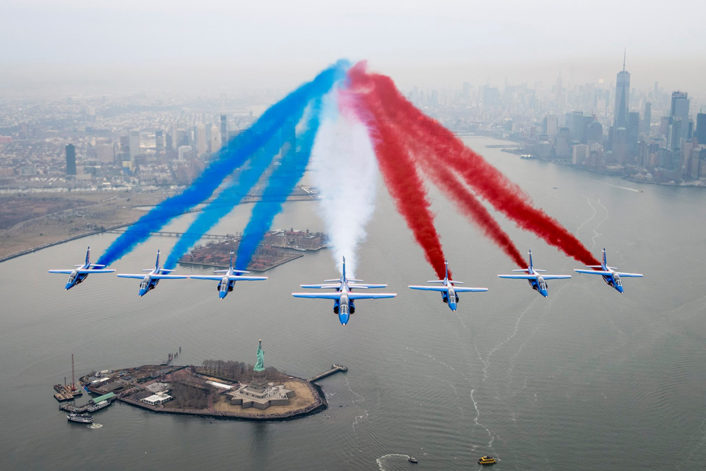 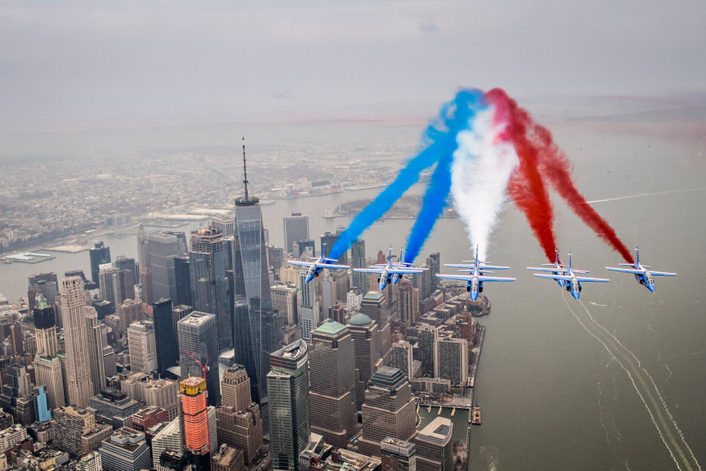 Patrouille de France has reached the U.S. via Keflavik, Kangerlussuaq (Greenland), Bagotville, and is scheduled to perform a fly-by in Washington DC on Mar. 29 before taking part in 9 full airshows plus a number of arrival/departure, fly-by and special events across the country.

Here’s a selfie from the cockpit of Athos Leader, the team’s #1. 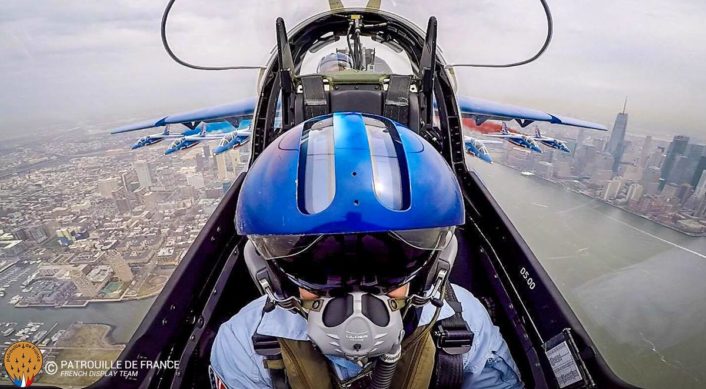 What seemed to be start as a pretty intense war against the local rebels in Mali has already turned, at least momentarily, into a low intensity air campaign. In the last 24 hours, just 8 […]

Although it’s in French language, the following video released by the French MoD is quite interesting as it shows the FAF C-135FR refueling ops from N’Djamena, Chad. The French tanker are quite similar to the […]

Awesome video: airdrop from the pallet (being airdropped) point of view

That’s a really interesting video. It shows a pallet being air dropped from a French Air Force C-160 Transal over Mali. Have you ever seen an airdrop from the pallet’s point of view? Related articles […]