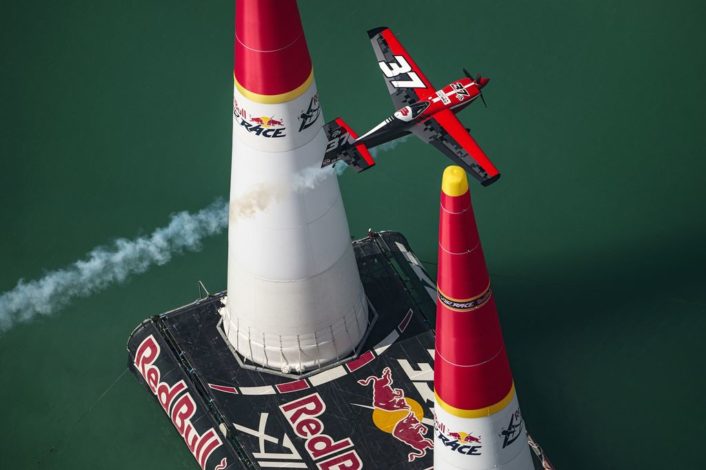 In two decades of flying global airshows as well as competitive events, during which he has clocked more than 1,800 flight hours (1,000 of them in aerobatics) Podlunšek has also had the opportunity to form up with some interesting warbirds. 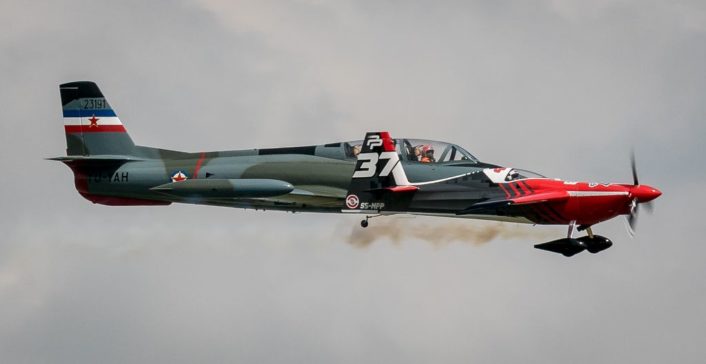 Among these, a cool privately-owned Soko G-2 Galeb two-seater jet trainer and light ground-attack aircraft (during the Croatian International Airshow Varazdin 2016 at the end of July) and some Montenegro Air Force Gazelle helicopters. 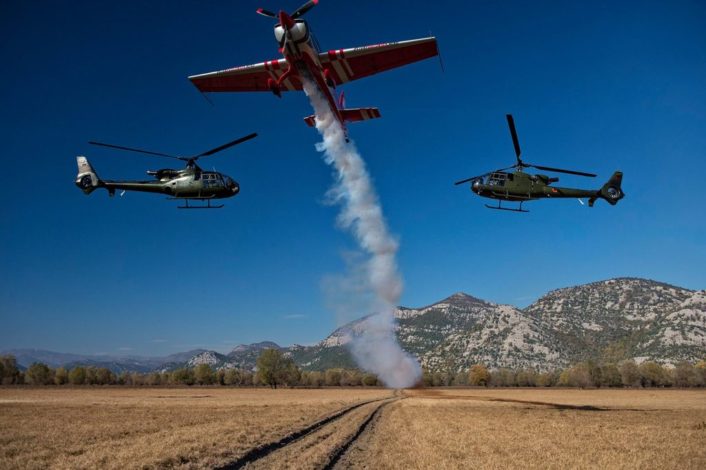 Here are some photographs sent us by Peter Podlunšek Racing Team showing the unusual formation, the meeting with the Gazelles and Peter flying his raceplane around the world. 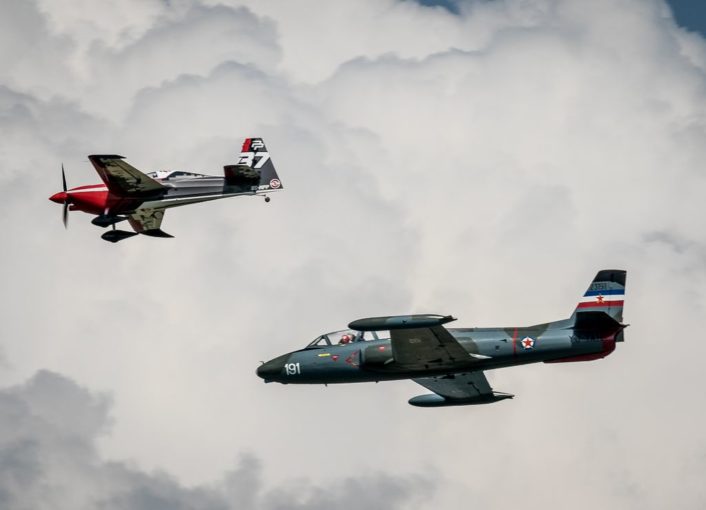 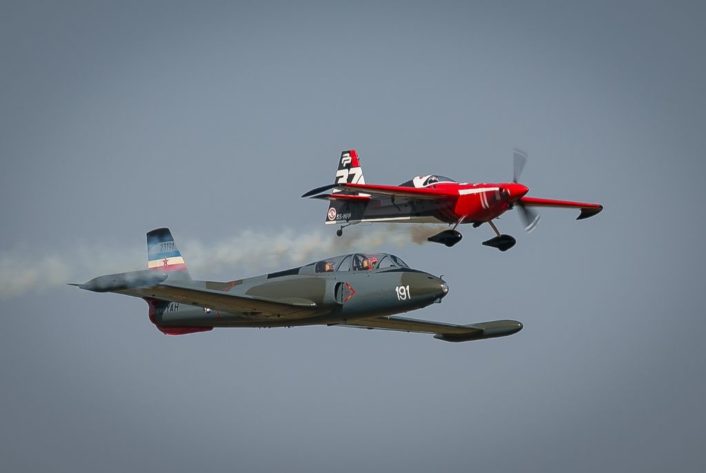