The following videos were filmed in Syria in the last hours and show Mi-24 Hind helicopters (Russian  ones, deployed to Latakia along with the rest of the RuAF contingent, according to the first unverified reports), fighting rebels.

The first footage (now removed) shows two Hinds (a type of helo flown also by the Syrian Arab Air Force and frequently used against revolutionaries since the beginning of the uprising) during a rocket attack at very low altitude in Kafr Nabudah, in northwestern Syria. The two choppers can be seen overflying the village and releasing plenty of flares to deceive potential MANPADS (Man Portable Air Defense Systems) in the hands of rebel forces.

MANPADS have been successfully used against Mi-24/25s in Syria, Ukraine and Armenia.

And here is another video, showing Syrian rebels shooting at an Mi-24 helicopter with their AK-47s. This footage was allegedly filmed in Latakia.

What looks like a mortar can be briefly spotted in this second video at 0:46: did the Mi-24s attack that position in order to wipe out a mortar possibly threatening the RuAF base at al-Assad International Airport? 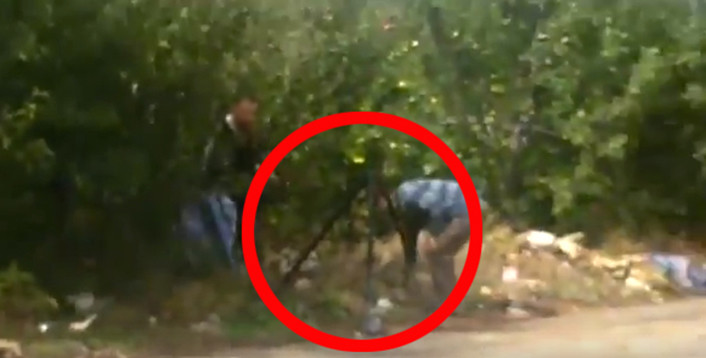 H/T to Alessandro Borsetti for sending the links to these interesting videos.

Four Italian Air Force Typhoons will provide Baltic Air Policing duties from Siauliai airbase, Lithuania. Beginning on Jan. 1, 2015, the Italy will take over the role of lead nation in the NATO Baltic Air […]

The Russian Su-25 managed to land back at its airbase despite significant battle damage caused by a MANPADS hit. Footage released by the Russian MOD early on Mar. 14, 2022, proves once again how sturdy […]

News agencies have reported that Turkey has scrambled two fighter jets (most probably F-16s based at Diyarbakir) to the border region with Syria, near the town of Hacipasa, after loud speakers were heard asking for […]