Video shows what happened to a hill near Kobane. Wiped out by an air strike conducted by US-led coalition bombers.

This is a striking video showing what happened to a hill near Kobane, where ISIS had just planted a flag. IS fighters are unware the position is going to be literally buried by bombs dropped by coalition jets.

B-1 bombers have been spotted over Kobane several times in the last few weeks, as the Syrian village near the Turkish border is the theater of a fierce battle between ISIS and Kurdish forces.

Although an identification of the weapons used in the air strike is almost impossible, the following image is a frame from the footage with the bomb (most probably an LGB) highlighted.

Someone may guess why so many bombs where dropped on a flag and couple of IS fighters (one of those seemed to escape the first couple of hits): a symbolic attack? 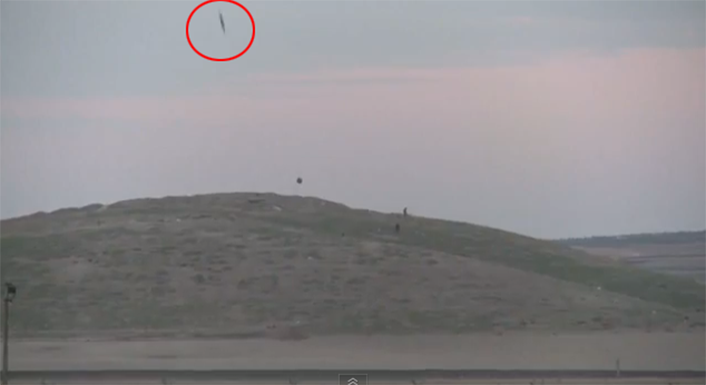 Russia’s MOD has just announced that Kuznetsov aircraft carrier group prepares to strike Daesh targets in the province of Aleppo. Here’s from where. The only Russian Navy aircraft carrier has eventually arrived in the eastern […]