According to Darpa “ARES is a vertical takeoff and landing (VTOL) flight module designed to operate as an unmanned platform capable of transporting a variety of payloads. The ARES VTOL flight module is designed to have its own power system, fuel, digital flight controls and remote command-and-control interfaces. Twin tilting ducted fans will provide efficient hovering and landing capabilities in a compact configuration, with rapid conversion to high-speed cruise flight.”

ARES is the transformer-like, UAV (unmanned aerial vehicle) capable to move between an airport, a warship, or an improvised landing zone and the battlefield, and perform a wide variety of missions, including cargo transportation, casualties evacuation as well as Intelligence Surveillance and Reconnaissance.

In other words, ARES will replace the V-22 Osprey tilt-rotor aircraft and a few other platforms.

Obviously, using a drone to perform such missions in a contested airspace reduces the risks of losing airmen.

By the way, ARES will be remotely piloted using smartphones and tablets: we are moving towards air war 2.0. 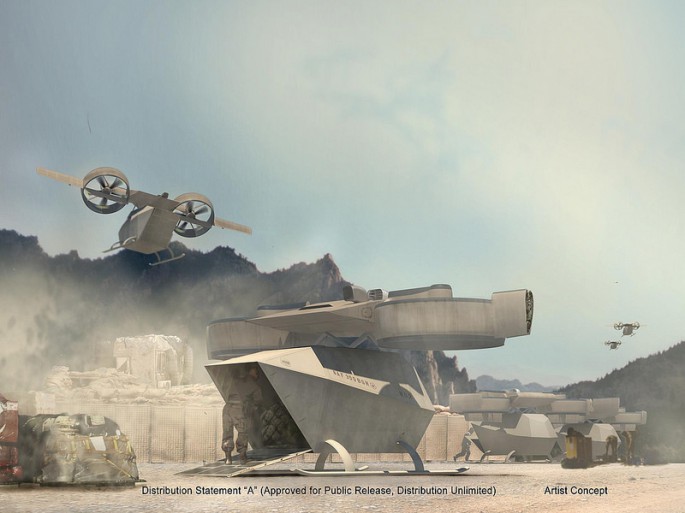