On Dec. 14, 2013, the kickoff of the National Collegiate Athletic Association (NCAA) football game between the U.S. Naval Academy (Navy) and the U.S. Military Academy (Army) at Lincoln Financial Field in Philadelphia was preceded by a flyover of the Blue Angels.

Banner by the sequestrer, flyovers across the U.S. have been brought back and the image in this post shows why they can be considered the highlight of nationwide sport events. 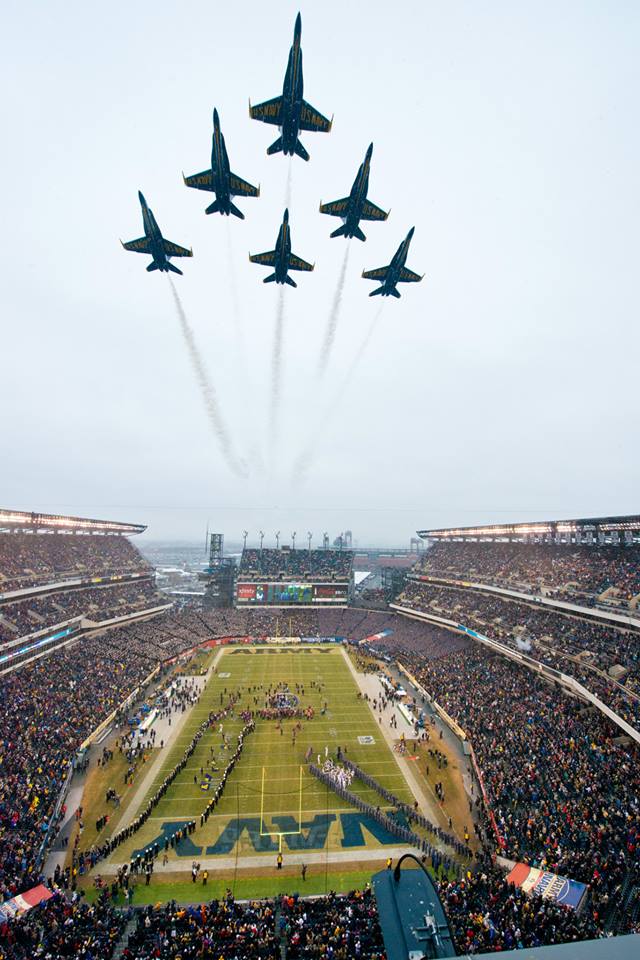 The test, the first for Lockheed Martin’s HAWC prototype, happened last month but was kept under wraps to avoid escalating tensions with Russia. DARPA and the U.S. Air Force recently completed a free flight test […]

“Devotion” Tells True Story of Remarkable Fighter Pilot Rescue from Forgotten War. The story behind the best-selling book by Adam Makos, “Devotion”, is nearly as remarkable as the story Makos tells in the book itself. […]

The U.S. Navy aircraft performing this flyover could soon kick some ass in Syria (or elsewhere)