It’s almost impossible to imagine the self discipline required to be stuck inside one of those for long periods of time but, believe it or not, Exint pods, man-carrying pods designed to be carried by fast jets and choppers exist.

They were conceived as an alternate method of inserting and extracting special forces (or wounded soldiers) and were developted by AVPRO UK Ltd in the late 1990s. They were reportedly tested on the Harrier jump jet, the AH-64 Apache and, according to some sources, were as still are certified for use on the Israeli AH-1 Cobra attack helicopters.

Bjørn Broten, a reader of The Aviationist has found a couple of images of the Exint pods on a militaryphotos.net forum thread. 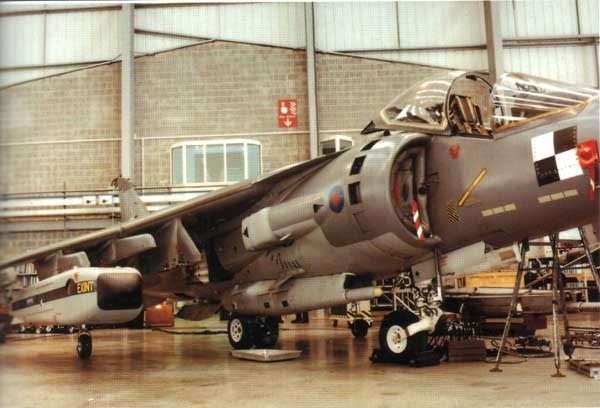 According to several sources, a similar pod, dubbed GRIER (Ground Rescue Insertion Extraction Resupply) was designed by the McDonnell Douglas for the AV-8B Harrier, but it was never used (or, at least, there is no evidence of it being used) most probably because of the proximity of the pylon used to carry the pod to the noisy rotating jet nozzles of the Rolls-Royce Pegasus engine. 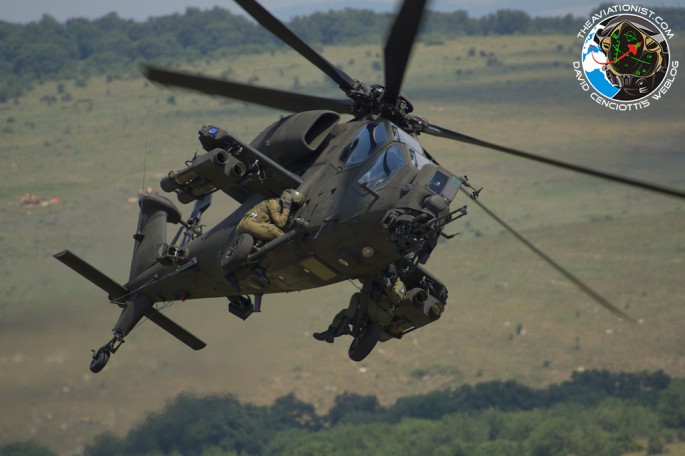 H/T to Bjørn Broten for the heads-up

After the stunning video of hundreds of green laser pointers dazzling a Mil Mi-8 Hip chopper during the protests in Tahrir Square, Cairo, here’s an impressive photo showing the same treatment reserved to an AH-64 […]