Qader is a medium-range cruise missile which can attack ground targets in the range of 200 kilometers, while Nasr is a short-range missile with a range of 35 km.

Actually, the Qader is derivative from Chinese C802 supersonic ASM (Anti-Ship Missile) whereas Nasr is an under license production of C704 subsonic ASM with two IR and radar seekers.

According to the information released by the Iranian authorities both missiles, that were successfully tested, feature anti-jamming technology, and can be used against maritime targets.

The two missiles were showcased next to an F-4 (a Qader was carried by the Phantom on an underwing pylon) that will be the main platform to employ the new weapons. 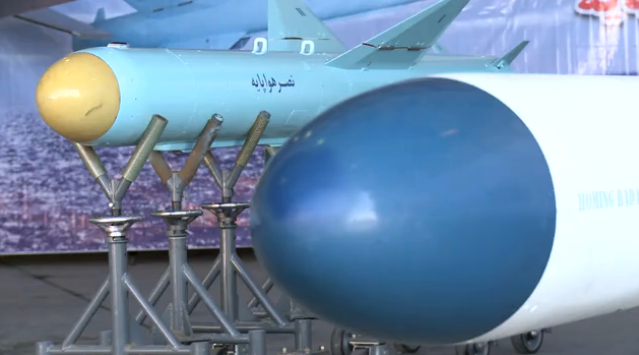 When writing about Iran’s nuclear weapons program, many analysts and journalists seem to forget that, although not of the type one might expect, the attack against Tehran nuke sites has already kicked off. Many still […]