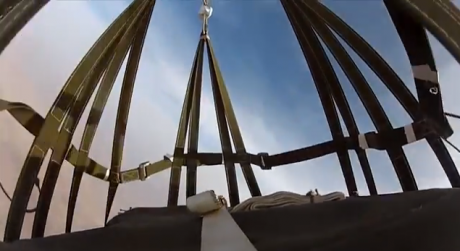 It shows a pallet being air dropped from a French Air Force C-160 Transal over Mali.

Have you ever seen an airdrop from the pallet’s point of view?

All aircraft will be retrofitted to the new standard while the future F4 upgrade is already in development The French Air Force announced that the Dassault Rafale F3-R, the latest upgrade of the aircraft, achieved […]