Although other aircraft are known to have similar capabilities, some readers asked how a combat plane could hit two targets at same time with only a single laser designator of the Litening pod. 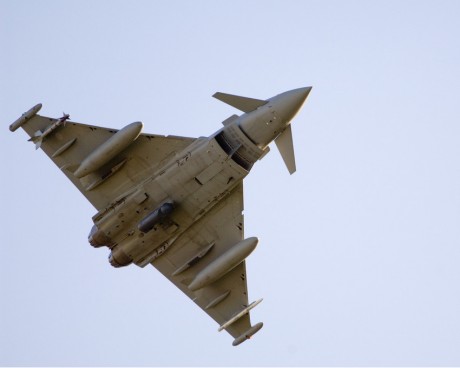 I asked Andrea Kay, Senior Communications Advisor at BAE Systems, one of the companies of the Eurofighter consortium, to shed some light on the matter.

“The Litening Pod is capable of illuminating/tracking multiple targets at any point in time, however, the implementation on the RAF Tranche 1 Aircraft was an austere implementation, limiting the system to a single target attack at any one time . So the answer to the specific question below is yes it does switch between targets at a high rate. The Laser does not need to change frequency for each target because the bomb is assigned to a target and just follows the Laser beam.”

The latest close encounter between NATO and Russian planes over the Baltic Sea was  different. Early morning on Mar. 24, NATO and Swedish QRA (Quick Reaction Alert) interceptors were scrambled  to identify and shadow a […]