Images of the batwing bomber, surrounded by F-16s, have emerged. 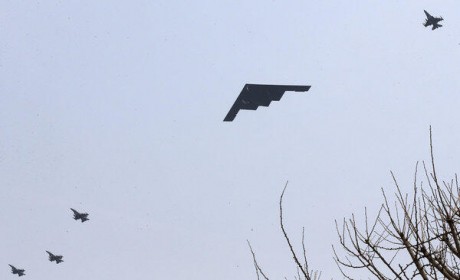 Noteworthy, the image was taken as the B-2 had its landing gear extended even if the stealth bomber performed a round-robin mission from the Continental US.

On the previous day, the Republic of Korea Armed Forces had published some interesting images, including one showing South Korean Air Force personnel using powerful searchlights during night drills.

Now (bit of humor “on”), combine the images and here’s how the stealth bomber flyover can be explained. 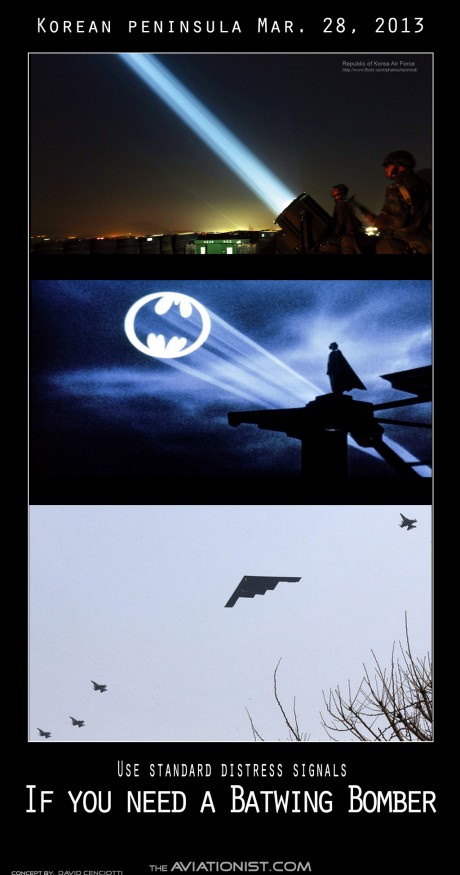 The Republic Of Korea Air Force (ROKAF) has carried out training activities that included an “Elephant Walk” with 28 F-35s on the day after North Korea test-launched a “monster” Intercontinental Ballistic Missile (ICBM). On Mar. […]