The X-47B Unmanned Combat Air Systems (UCAS) demonstrator is currently conducting trials on the on the flight deck of the aircraft carrier USS Harry S. Truman (CVN 75) at sea.

Involved in Carrier Qualification, the Truman supercarrier is the first flattop to host test operations for an unmanned aircraft.

The new gadget is a special remote control for moving the X-47B on flight decks which attaches to the wrist, waist and one hand. Through the device, deck operators ahve access to a display and  can control the aircraft’s throttle, tailhook, steering, brakes and perform several other functions associated with maneuvring an aircraft on deck. 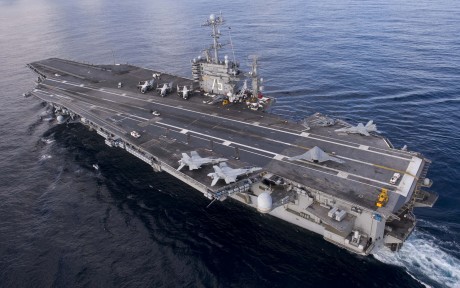 Sent to me by a reader of the blog, this image (that as far as I know was originally posted by the Iranian site Mashreghnews.ir) is one the few available on the Internet of what […]