Taken by Lucas Ryan last August during the 2012 EAA Airventure in Oshkosh, Wisconsin, the following picture proves that, under certain circumstances, a big cargo plane as the C-5 Galaxy, can be cool and (somehow) maneuverable, just like a fighter jet. 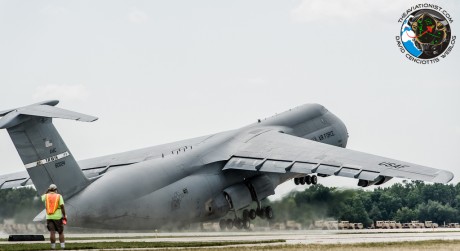 Even if the telephoto lens used by the photographer magnified it a little bit, the aggressive rotation of the Travis Air Force Base beast and the consequent near tailstrike on the runway were among the highlights of the USAF Galaxy’s display at Wittman Regional Airport. 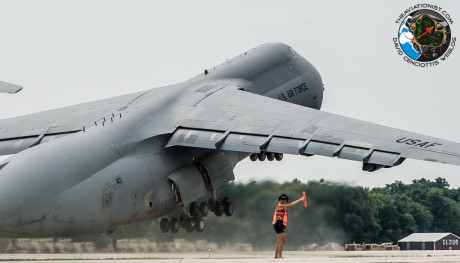 On Jun. 29, 2012, Team Travis conducted a mass launch of 12 cargo planes to test the ability of the local Air Mobility Wing to safely and smoothly launch a large number of aircraft in […]