Published by the Little Rock Air Force Base Facebook account the following picture shows a local C-130 being moved to be a static display in front of the base education center. 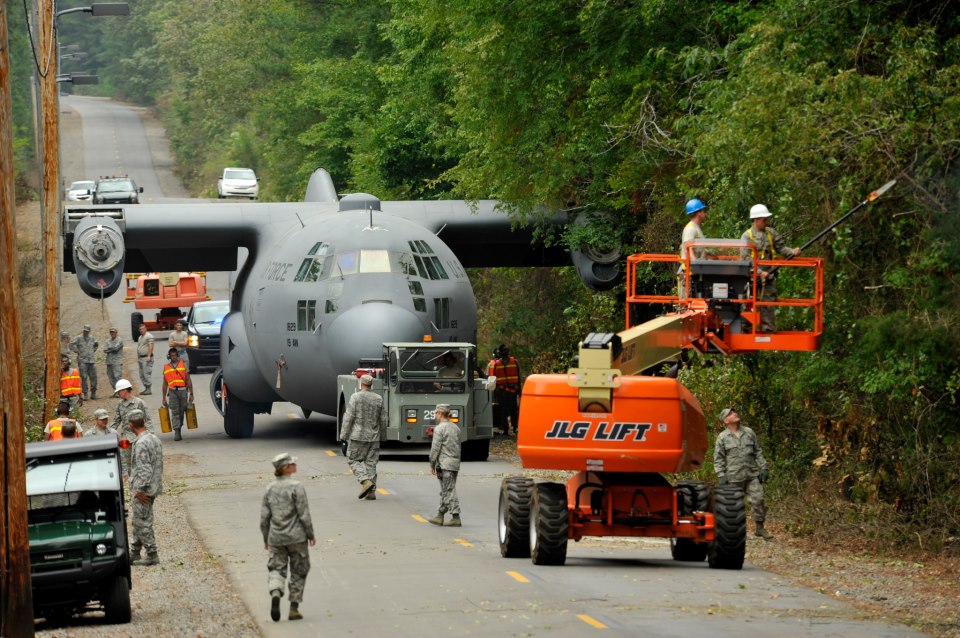 The KC-135 MITO was part of a proficiency and readiness exercise to validate Fairchild’s maintenance generation and the ability to launch multiple aircraft in rapid succession. On Sept. 29, 2021, the 92nd Air Refueling Wing […]

A-10s and C-17s during Joint Forcible Entry Exercise over Keno Airfield. The footage in this post shows A-10 Thunderbolt and C-17 Globemaster aircraft in action over Keno Airfield on the Nevada Test & Traning Range […]