Between Aug. 19 and 21, a total of 18 F-16CJs belonging to the 169th FW / 157th FS “Swamp Fox” of the South Carolina Air National Guard arrived in Morón, Spain on their return leg from Kandahar, Afghanistan.

The aircraft have been replaced in theatre by the Minnesota Air National Guard F-16CJs belonging to the 148th FW “Bulldogs” from Duluth International Airport that made a stopover in Spain on Aug. 10.

Once again The Aviationist’s contributor Antonio Muñiz Zaragüeta was there and took the following picture on an arriving F-16. 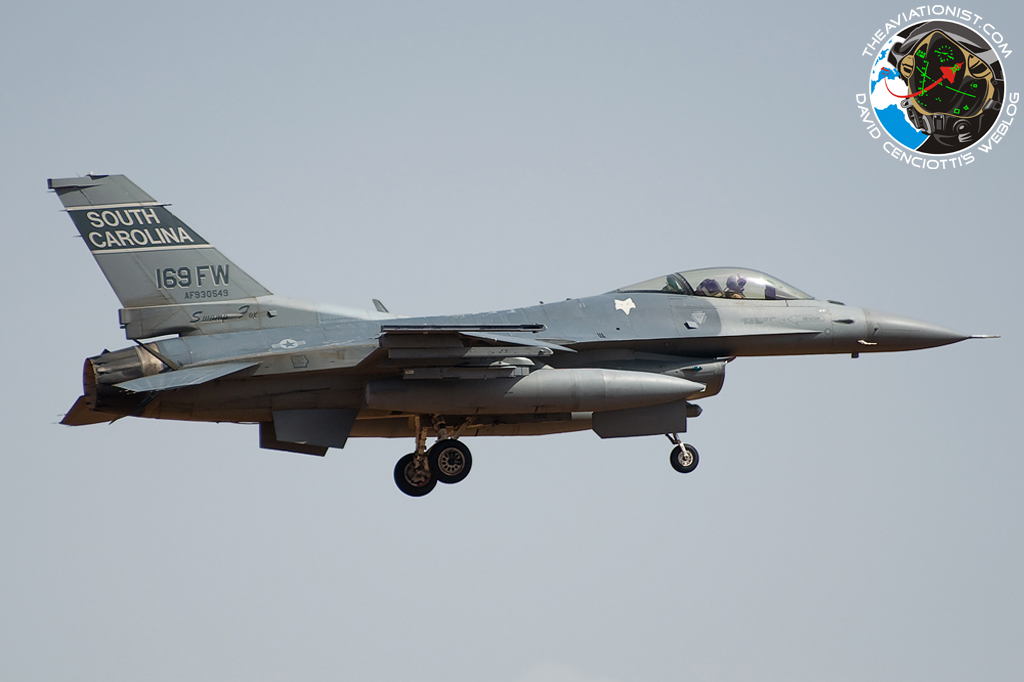 Noteworthy, in the span of a month, two South Carolina Air National Guard pilots reached 4,000 hours in the F-16 while deployed  in support of Operation Enduring Freedom.

The visible distortion around the belly of the aircraft (left side of the photo) is caused by the shock waves that distort light as if it was entering a new medium. As we already explained […]