During the 1982 Falklands War (Malvinas for the Argentine people) the U.S. publicly claimed neutrality.

But in secret, President Ronald Reagan’s administration had developed plans to loan a ship to the Royal Navy if the British ally had lost one of its carriers (the high priority targets of the Argentine Air Force and Navy A-4 Skyhawks).

Indeed, former U.S. Secretary of the Navy John Lehman disclosed some of the details during a speech to the U.S Naval Institute in Portsmouth U.K.

As reported by a recent U.S. Naval Institute newsletter, according to Lehman, both he and then Secretary of Defense Casper Weinberger agreed to support U.K. Prime Minister Margaret Thatcher with the loan of amphibious warship USS Iwo Jima: “We agreed that (Weinberger) would tell the president that we planned to handle all of these requests routinely without going outside existing Navy channels.”

“We would leave the State Department, except for (Secretary of State Al) Haig, out of it”. When the plan was put in front of President Reagan he approved it without hesitation adding an instruction to Weinberger “Give Maggie everything she needs to get on with it.”

Lehman revealed that the request was an informal one on a what if basis.

Retired U.S Admiral James Lyons commander of the U.S. Second fleet at the time helped to develop the plans to supply the Royal Navy with Iwo Jima if the Hermes or Invincible were lost.

Although Iwo Jima was really a helicopter carrier at least one of the Iwo Jima class ships was qualified to fly the U.S version of the Harrier; therefore it would have only required limited modifications for the British to operate Harriers from the deck.

” We decided that USS Iwo Jimo would be the ship that would be easiest for the British to operate and would make for a smooth transfer. [..] We also indentified “contract advisors” who would be on board to help the British with some of the systems.”

Iwo Jima would have functioned well as a replacement for Invincible as it is a similar size and function and would have filled the gap. 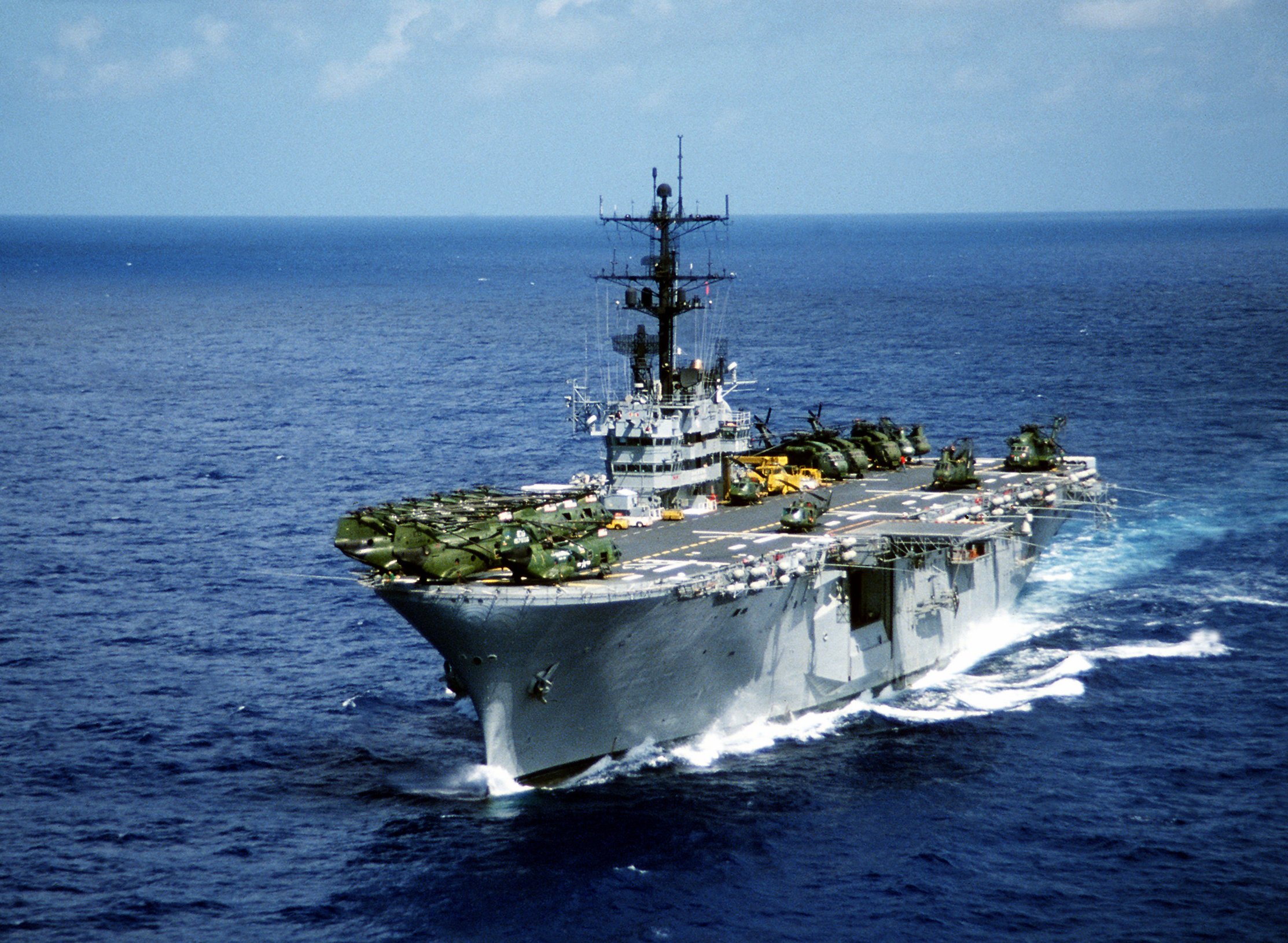 UK may be forced to review Falkland Islands air defenses to face a renewed threat in South Atlantic. According to a report in the Daily Express newspaper, the Argentine Air Force is to get a […]

The aircraft went down soon after takeoff this morning while the HMS Queen Elizabeth was sailing in the Eastern Mediterranean Sea. Probably, recovery operation underway. As you may know by now, a British F-35B crashed […]