While tension in Syria grows because of the atrocies being committed by the Syrian army and pro-Assad militia, as a consequence of the increasing Syrian armed forces activity and because of the alleged downing of a Turkish Air Force RF-4E, the presence of a U.S. aircraft carrier in the area means that Washington could be ready in a matter of a few hours to back with force the “immediate ceasefire in and around Hama to allow the UN observer mission” US Secretary of State Hillary Clinton called on Jul. 13.

Still, a military intervention in Syria is quite unlikely at the moment and the USS Eisenhower will probably move to the Persian Gulf in the next weeks.

It’s a tough job, but someone’s gotta do it. 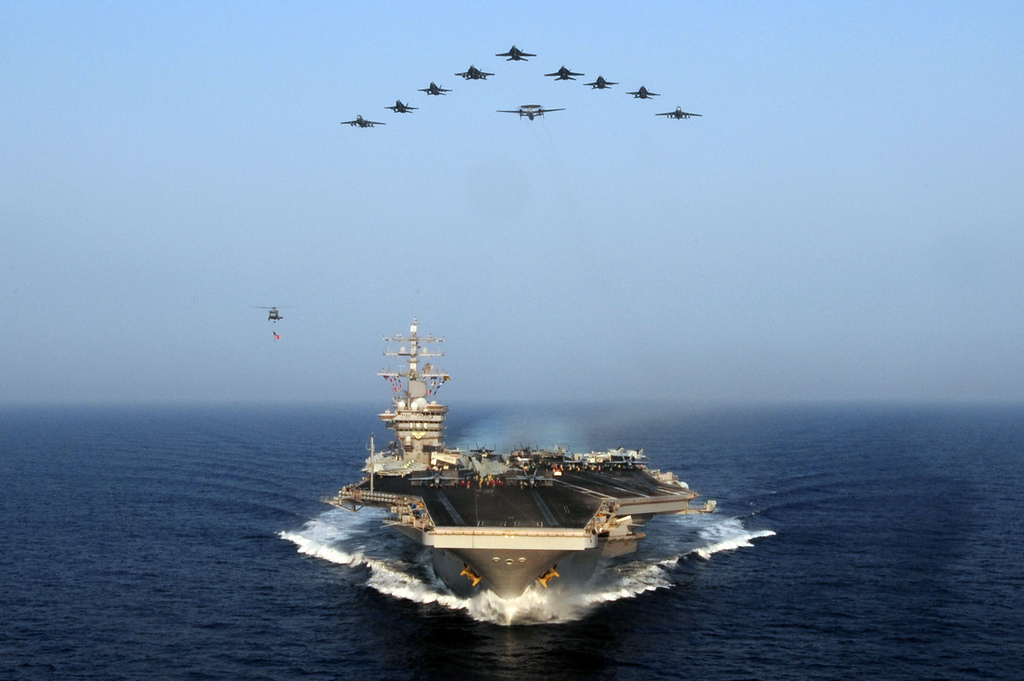 Russia’s most advanced spyplane has deployed to Syria again