If you point your Google Earth client towards Palmdale, California, you will find a very interesting imagery signature at Lockheed Martin’s Advanced Development Program Facility.

Widely known as “Skunk Works” LM’s Advanced Development Program Facility is where some of the most adveniristic “black projects” are developed.

Although it’s a bit hard to believe that any new drone (or secret variant of a known one) would be quietly sitting open-air for any satellite to see, what Open Source GEOINT has found is at least worth a mention.

Located next to an F-16 (mock-up?), there is a covered object whose shape is quite similar to the one of the RQ-170 Sentinel, the stealthy drone captured in Iran at the beginning of December 2011.

The wingspan exceeds the one of a radar evading Sentinel and the left wing appears to be slightly broken, as if the packaged drone was damaged. 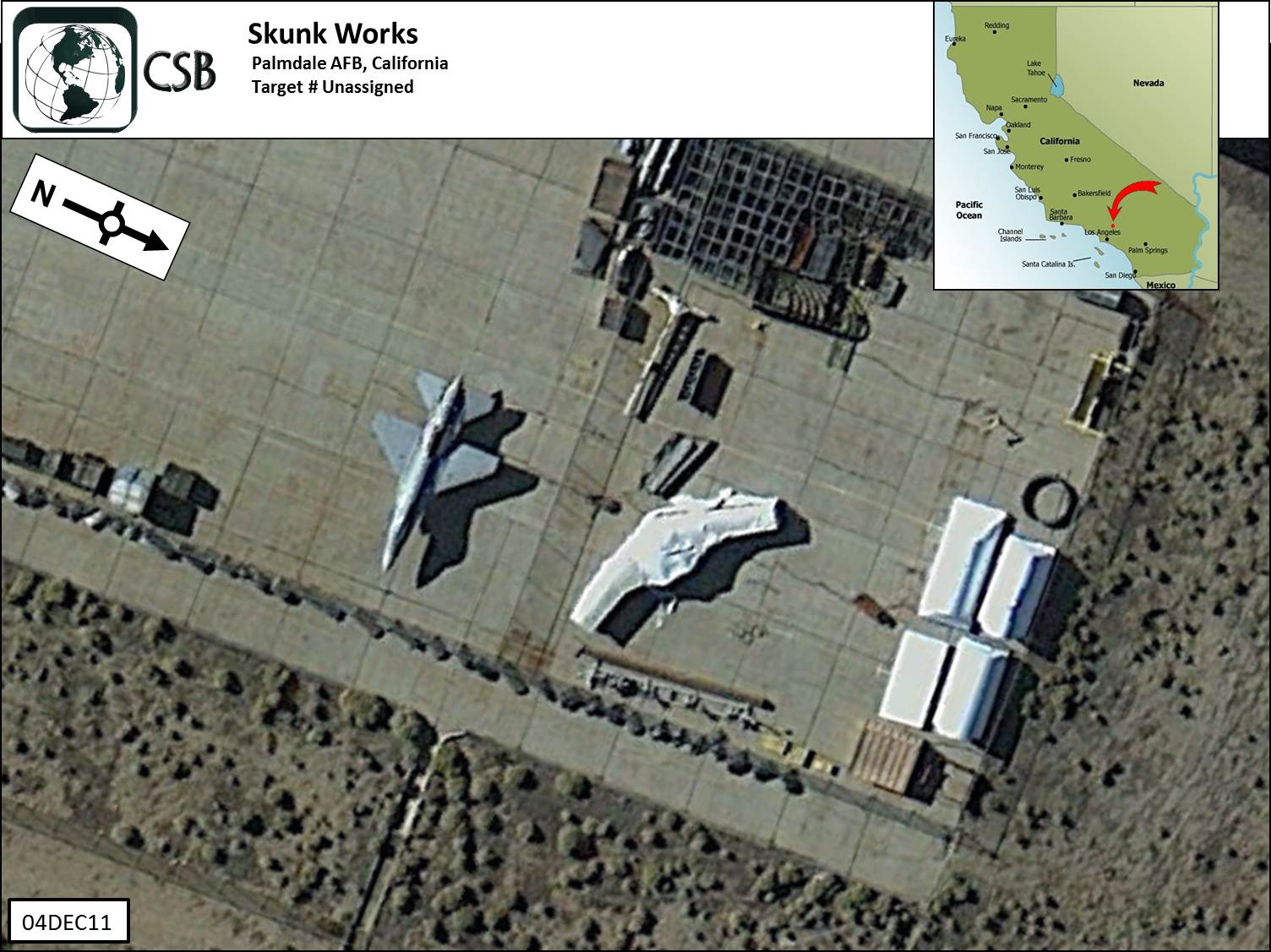 “Although the signature above does not conform to any known UAV, it’s possible this could be anything from a mock-up to a failed design. (However, if it were a mock-up, why would LM feel the need to cover it?).”

“Measurements taken from imagery suggests the craft is roughly the same size as the RQ-170 at 4.8 meters while the wingspan is considerably larger–when compared to open source estimates–at 16.60 meters.”

Therefore, it has more or less the same shape and size of an RQ-170 and the packaging, for protective reasons rather than security and confidentiality) could extend beyond the wingtips.

And, incidentally, the satellite image was taken on Dec. 4, the same day when the radar-evading drone crash landed somewhere in Iran during a spying mission.

How IRIAF F-14 Tomcats could be (effectively) used in combat against Israeli or U.S. planes or drones

A previous article about the theoretical Israeli strike on Iran with the rendering of an F-15I dropping bombs on Tehran got a lot of attention and sparked debate. Someone criticized it for not being enough […]