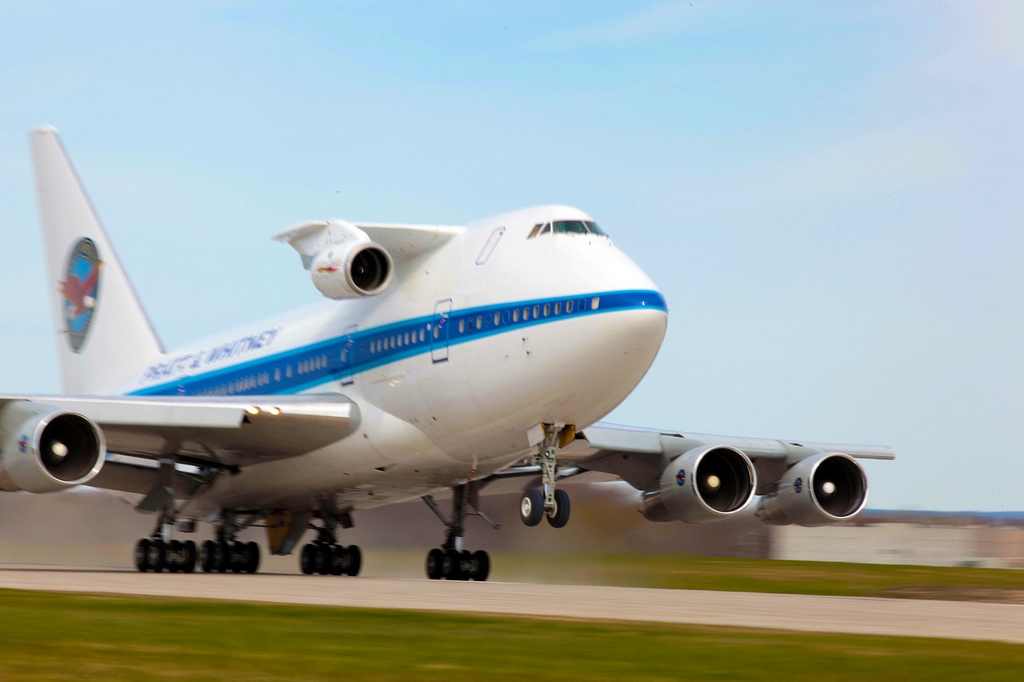 The “fuselage’s engine” is a PW127G, designed for the Mitsubishi Regional Jet (MRJ) aircraft, that was attached to the mini-Jumbo to perform flight testing needed to complement the PurePower Geared Turbofan engine family’s sea level data collected during ground engine testing and to validate performance, operability and in-flight starting.

Not only the somehow weird test bed platform is interesting. The PurePower engine itself is worth a mention. This kind of new generation engine family uses an advanced gear system allowing the engine’s fan to operate at a different speed than the low-pressure compressor and turbine in such a way to improve engine’s efficiency, environmental emissions and noise.

However, along with the reduced environmental impact, the new geared turbofans provide a better FOD (Foreign Object Damage) resistance: as pointed out by a recent AOL Defense article, since they have a much higher “bypass ratio” (meaning that a higher amount of air sucked by the engine bypasses the core of the engine where air is mixed with fuel and ingnited), there’s a higher chance that anything sucked by the engine bypasses the most delicate part of the engine.

Furthermore, the intake fans don’t run as fast as previous generation engines and so they don’t behave as eager vacuum cleaners and the shape of the new engine is such that it can be mounted higher (on the wing) than traditional engines, increasing the distance from the ground and from all those objects that could damage it.

Although these engines are being developed for the civilian airliners, they could be much useful for all those military planes called to operate from dirty and unpaved airstrips.

Larger geared turbofans for wide-bodies could be equip future and current cargo planes, tankers, AWACS, JSTARS, and maybe the future Air Force One too (the Presidential VC-25A is equipped with General Electric engine, though).

As already explained in a previous post,  in NASA, Pratt & Whitney and U.S. Air Force have parternered to develop and test technology for improved sensors that can detect changes in vibration, speed, temperature and emissions which are symptomatic of engine problems. Such sensors should be able to alert pilots of destructive volcanic ash particles as well, before the engine is damaged. 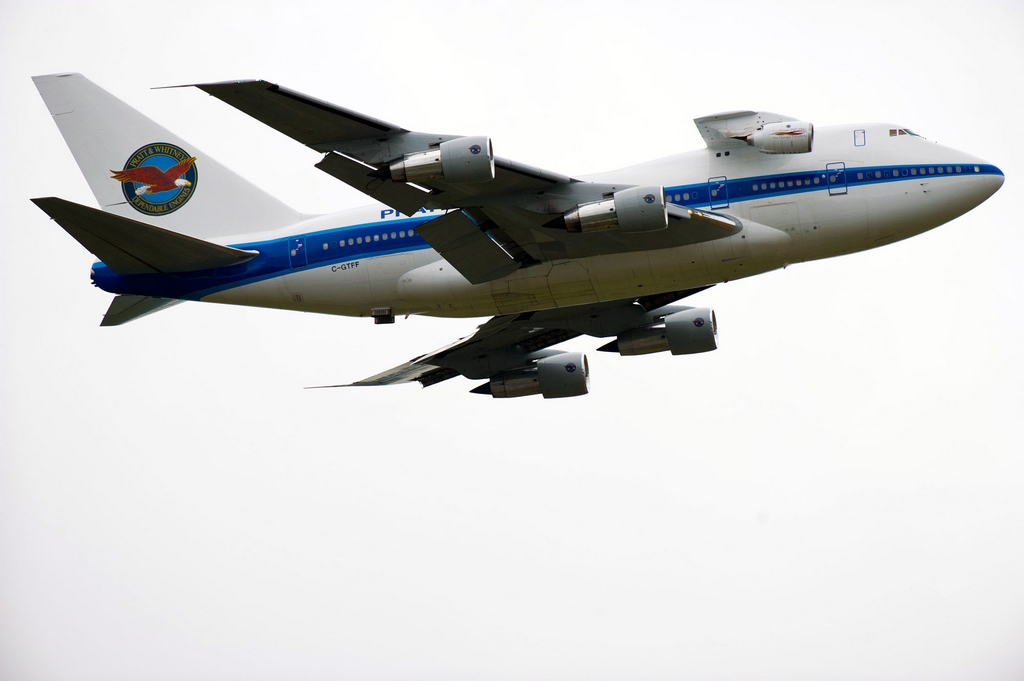 NASA displayed an impressive array of hi-tech aircraft used in its Alternative Fuel Effects on Contrails and Cruise Emissions (ACCESS II) flight experiment during a media day for reporters from around the world. On May […]

One of the recent most discussed topic on this blog was the one about the Argentine Air Force IA-63 Pampa performing a crazy low passage. If you read my post and the subsequent thread of […]

Have you ever seen a Tornado-like spinning vortex on a Typhoon? Just phase transition thermodynamics

I’m pretty sure many of this weblog’s readers have already seen this phenomenon generated at the air intake of an F-16. There is also a quite famous image of a C-17 engine, generating this tornado-like […]