There’s a certain interest in technologies capable to detect volcanic ash in flight since, in April 2010, the European airspace was almost paralyzed as a consequence of the eruption of the volcano Eyjafsallajokull, in Iceland.

Many airports were closed and thousands commercial flights cancelled whereas, on Apr. 15, melted ash was found on the inside surfaces of some Finnish Air Force F-18 Hornets  involved in a training mission few hours before the imposition of airspace restriction caused by the huge ash cloud.

Volcanic ash is extremely dangerous for both propeller and jet aircraft: volcanic dust is extremely fine and can easily invade the spaces between rotating machinery and jam it; furthermore, the silica melts at about 1.100° C and fuses on to the turbine blades and nozzle guide vanes (another part of the turbine assembly) which in modern aircraft operate at 1.400° C, with catastrophic effects.

When a volcano erupts, training activities are postponed, exercises are cancelled or scaled-down, but security air traffic, such as air policing and Quick Reaction Alert (QRA) sorties must be flown. With some risks.

That’s why, as done by other companies and air forces, NASA has partnered with the U.S. Air Force and Pratt & Whitney to develop and test technology for improved sensors that can detect changes in vibration, speed, temperature and emissions which are symptomatic of engine glitches and can alert pilots to the presence of destructive volcanic ash particles, before the engine is damaged.

During one of these health monitoring tests, water was intentionally sucked by a U.S. Air Force C-17 (tail #87-0025) with the impressive results you can see in the image below.

Next step is to “inject” cereal and crayons in the engines: they will leave a colorful trail of grains and wax that can be studied to evaluate if the sensors work properly. 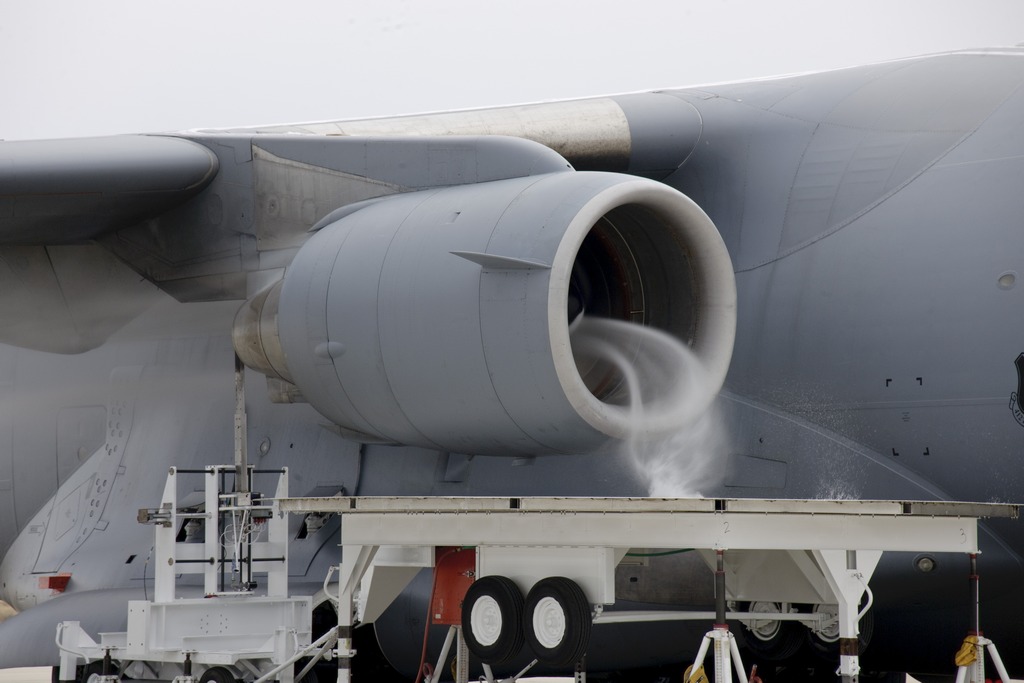 From the First Walk on the Moon to the Auction Block. In a little over a month, humanity will mark the 52nd anniversary of man’s, Neil Armstrong’s, first steps on the moon. On Jul. 20, […]