Along with ENAC (Ente Nazionale Aviazione Civile, National Civil Aviation Authority) and the CNR (Consiglio Nazionale delle Ricerche, National Research Council), on Jan. 31, 2011, the Aeronautica Militare (Italian Air Force, ItAF) presented the project LIDAR (Light Detection And Ranging) for the control of the amount of ash in the atmosphere as a result of volcanic activity. Developed following the paralysis of European airspace as a consequence of the eruption of the volcano Eyjafsallajokull, in Iceland, in April 2010, the system will have an active part in mitigating the inconvenience to air traffic caused by such events. In fact airplanes have to avoid any airspace “polluted” by volcanic ash because ash can wreck the function of propeller or jet aircraft. Being extremely fine, the volcanic dust can easily invade the spaces between rotating machinery and jam it; furthermore, the silica melts at about 1.100° C and fuses on to the turbine blades and nozzle guide vanes (another part of the turbine assembly) which in modern aircraft operate at 1.400° C with catastrophic events.

One of the most famous incident occurred in 1982, when a British B747 flew through an ash cloud from the Galunggung volcano in Indonesia and experienced the flame out its 4 engines. The aircraft was able to relight them only after diving some 24.000 feet.
The LIDAR is a special equipment for the detection and measurement of airborne particles, installed on board an ItAF C-27J. In case of volcanic activity with release of smoke and ash, the system can be used to rapidly provide the Department of Civil Protection and ENAC all the data required to map the areas that meet the standards of flight safety and can be used safely by the air traffic. The system has been successfully evaluated on Jan. 14, 2011, during the last eruption of Mount Etna Volcano, in SE Sicily.

Picture below courtesy of the ItAF 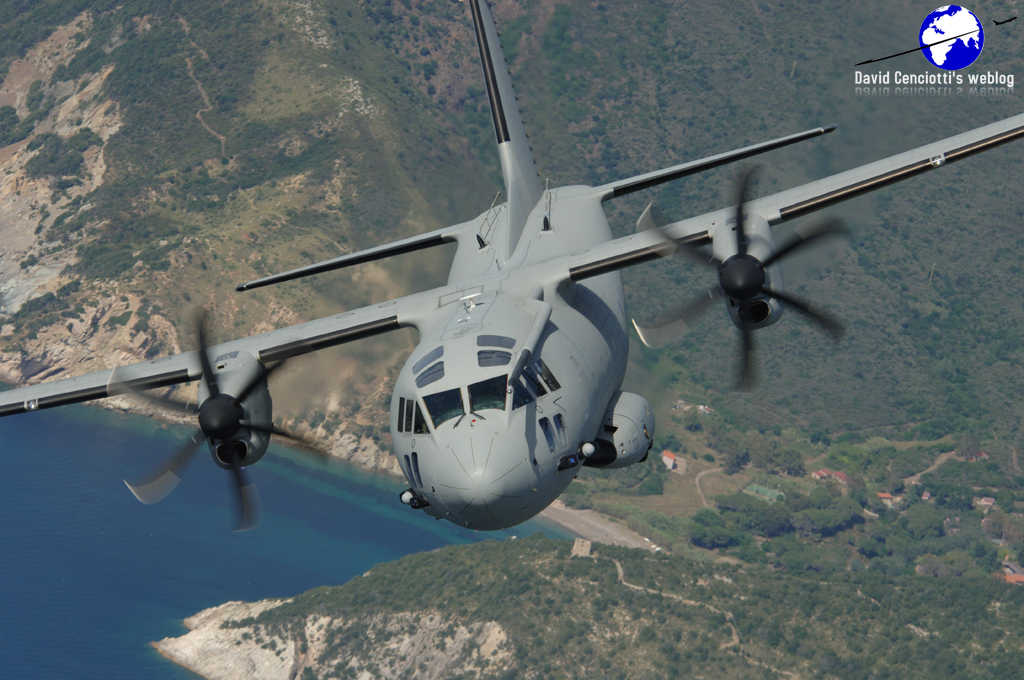 According to the Israeli JewPI.com website (brought to me by an automatic translation by Google Alert service…), a pilot and a navigator of the 106 Sqn of the Israeli Air Force, based at Tel Nof, […]