The news that multiple F-22 stealth fighters were deployed “near Iran” has already been reported by the most important media outlets all around the world.

However, nobody has been able to provide some important details that could be useful to better understand the scope of this overseas deployment: when did the Raptors deploy? How many aircraft were deployed? Where?

And, above all, are those plane capable to perform strike missions in addition to the standard air-to-air sorties?

Thanks to the information provided by several sources, The Aviationist is able to fill the gaps, provide a more accurate view of the deployment and debunk some myths that fueled the media hype.

The six F-22 Raptors currently at Al Dhafra, UAE, belong to the 49th Fighter Wing, based at Holloman AFB, New Mexico. They flew as “Mazda 91” to Moron, Spain, on Apr. 17 and departed again for their final destination on Apr. 20.

Since they spent some 4 days in Spain, during their stay, the stealthy planes were photographed by several local spotters that were able to provide the exact list of all the examples involved in the deployment:

If they were not willing to let the world know of such deployment they would not make a stopover in Spain, during daylight.

They are all Block 3.0 (or Block 30) examples meaning that neither of them has received  the latest upgrade (Block 3.1) that has brought the capability to find and engage ground targets using the Synthetic Aperture Radar mapping and eight GBU-39 SDBs (Small Diameter Bombs) to the troubled stealthy fighter.

Therefore they are hardly involved in any build-up process in the region, since their role in case of war on Iran would be limited to the air-to-air arena: mainly fighter sweep (missions with the aim to seek out and destroy enemy aircraft prior to the arrival of the strike package), HVAA (High Value Air Asset) escort and DCA (Defensive Counter Air). 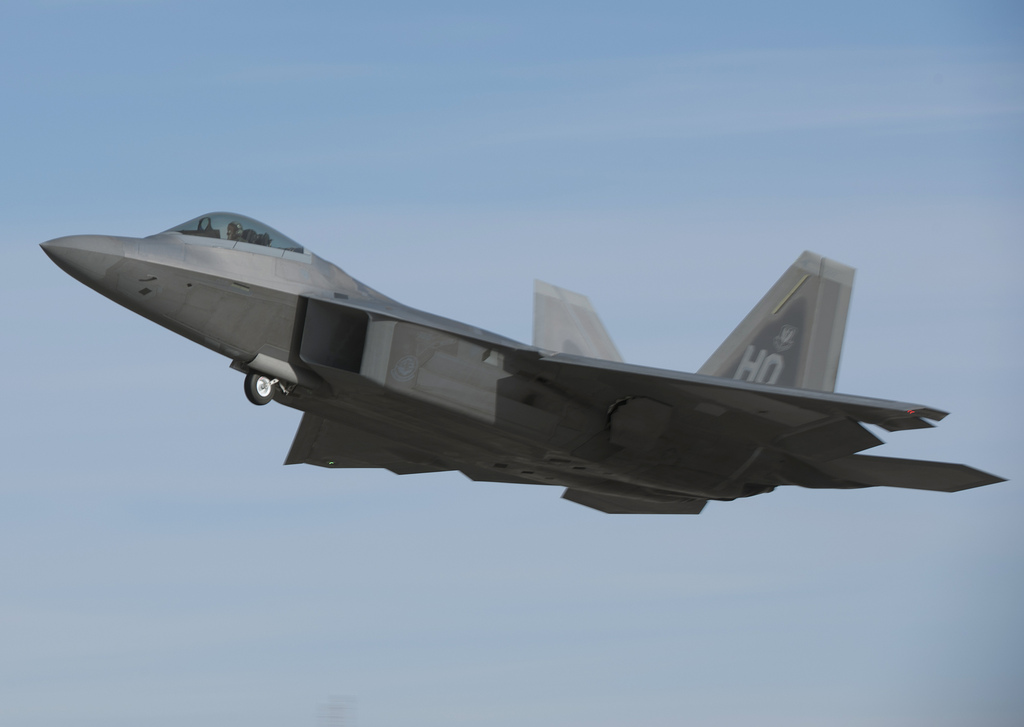 Considered the limited effectiveness of the Iranian Air Force, it is much more likely that the F-22s involved in any kind of attack on Iran would be those of the 3rd Fighter Wing, based at Joint Base Elmendorf-Richardson, in Alaska, that was the first U.S. Air Force unit to receive the Block 3.1 planes and has already started training in the air-to-surface role.

Furthermore, the deployment is among those scheduled several month in advance and this is not the first time the F-22 deploys in the United Arab Emirates. In November 2009, some 1st Fighter Wing’s Raptors from Langley AFB, flew to Al Dhafra, to train with the French Air Force Rafales and the RAF Typhoons during exercise ATLC 2009. The episode is quite famous because in late December of the same year the French Ministry of Defense released the captures taken by the Rafale’s OSF (Optronique Secteur Frontal) showing an F-22 in aerial combat. In fact, although the U.S. Air Force pilots told that their plane was undefeated during the exercise, the French were killed once in six 1 vs 1 WVR (Within Visual Range) engagements versus the F-22 (the other 5 ended with a “draw”) and one Raptor was claimed as killed by a UAE Mirage 2000 during a mock engagement.

Here’s the famous capture released at the time and published for the first time by Air & Cosmos magazine. 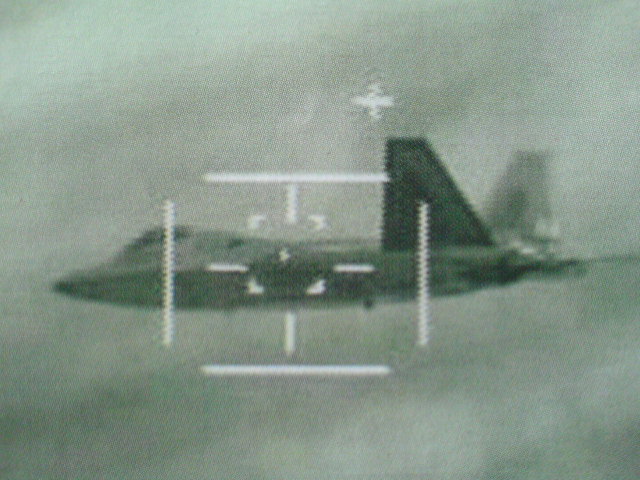