According to a report published in these hours by the UN Commission of inquiry on Libya, the coalition of NATO and non-NATO members, operating within Operation Unified Protector to enforce the UN Security Council resolutions 1970 and 1973, may have violated the law of war in some air strikes that caused the death of civilians.

Nothing comparable to the international crimes, both crimes against humanity and war crimes, committed by Gaddafi forces and including unlawful killing, individual acts of torture and ill-treatment, attacks on civilians using prohibited weapons (cluster munitions and anti-personnel and anti-vehicle landmines), and rape;  nor the “serious violations” committed by the thuwar (anti-Gaddafi forces aka “rebels”), that included unlawful killing, arbitrary arrest, torture, enforced disappearance, indiscriminate attacks, and pillage.

NATO told the Commission that it had a standard of “zero expectation” of death or injury to civilians and that no targets were struck if there was any reason to believe civilians would be injured or killed by a strike.

The vast majority of NATO airstrikes did not cause collateral damages, even where there was a significant potential for civilian harm: for example, on May 24-25 when NATO aircraft struck the Bab-al-Aziziyah facility, the headquarters and residence of Gaddafi in central Tripoli numerous security buildings, located less than 300 meters from civilian apartment buildings, (close enough to be at risk of collateral damage), were destroyed without civilian casualties.

However, “on limited occasions, the Commission confirmed civilian casualties and found targets that showed no evidence of military utility. The Commission was unable to draw conclusions in such instances on the basis of the information provided by NATO and recommends further investigations.”

Indeed the conclusion is:

The Commission found NATO did not deliberately target civilians in Libya. For the few targets struck within population centres, NATO took extensive precautions to ensure civilians were not killed.

However, there were a small number of strikes where NATO’s response to the Commission has not allowed it to draw conclusions on the rationale for, or the circumstances of the attacks. The Commission is unable to conclude, barring additional explanation, whether these strikes are consistent with NATO’s objective to avoid civilian casualties entirely, or whether NATO took all necessary precautions to that effect.

NATO’s characterization of four of five targets where the Commission found civilian casualties as “command and control nodes” or “troop staging areas” is not reflected in evidence at the scene and witness testimony. The Commission is unable to determine, for lack of sufficient information, whether these strikes were based on incorrect or out-dated intelligence and, therefore, whether they were consistent with NATO’s objective to take all necessary precautions to avoid civilian casualties entirely.

The Commission has investigated numerous strikes in Libya, especially those where civilians died. And although it determined that NATO did not commit any human right violation, nor used  prohinited weapons, found some oddities.

As the use of “miscellaneous Precision Guided Munitions”, four of which were employed along with 3,644 LGBs, 2,844 GPS-guided, 1,150 precision-guided direct-fire weapons (such as Hellfire missiles), or the use of expired materials.

For instance, in one of those air strikes, the one in the town of Majer in the area of Al Huwayjat on Aug. 8 that resulted in the single largest case of civilian casualties from a NATO airstrike NATO dropped a GBU-12 bomb whose guidance kit was more than five years past its warranty date (2005). 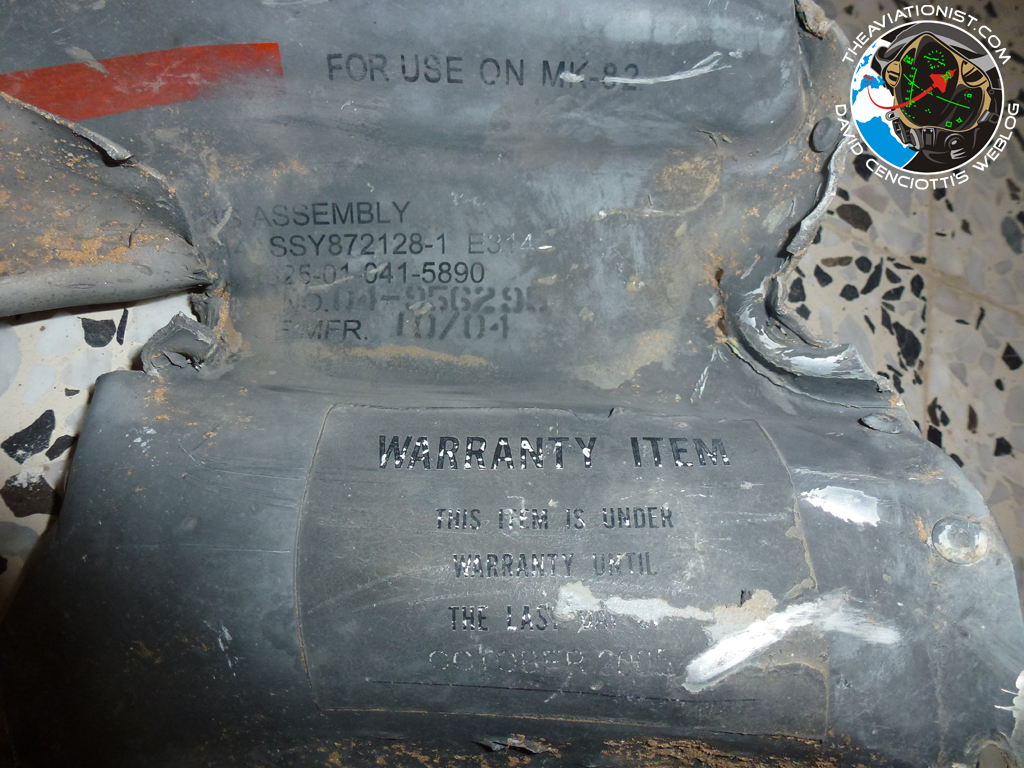 Even if this is not “ethical” nor safe, there are still some reasons to explain the use obsolete components that might turn a smart weapon into a dumb one. Usually, a laser designator past its warranty expiration date would not be used whereas a tail kit of a PGM, used for bomb guidance, could be used past warranty date, after being checked to see if the fins deployed according to military sources.

In fact, NATO’s answer was that “the fact alone that an expiration date has been passed does not mean that a weapon is no longer reliable.”

Nevertheless, the usage of such old parts indicates that NATO partners were probably running very low on bomb (as pointed out in my final report on the Libya Air War).

But, what’s really amazing in the report is that NATO did not answer to all the UN Commission’s requests; requests aimed to determine the legitimacy of few air striks. On the contrary, it officially affirmed to be concerned if  some incidents (as the above) were included in the final report, “as on a par with those which the Commision may ultimately conclude did violate law or constitute crimes.”

That’s what emerges from a series of letter (last of which dated Feb.15) sent by NATO’s legal adviser to Judge P. Kirsch, Chair of the International Commission of Inquiry on Libya, to answer questions about the way the air campaign was conducted, specific targeting procedures, type of munitions used, etc.

“We would accordingly request that, in the Commission elects to include discussion of NATO actions in Libya, its report clearly state that NATO did not deliberately target civilians and did not commit war crimes in Libya.”

Earlier NATO had already explained to be not “persuaded that examination of conduct of parties to the Libyan internal conflict implies expansion of the Commission’s work to include “investigation” of NATO’s actions giving effect to the mandate contained in UN Security Resolution 1973.”

Anyway, the Commission’s report contains lots of interesting things (number and type of weapons used, maps, satellite imagery, and so on) so I suggest you to read it at this link.