This time you don’t need a satellite to get a glimpse of the Varyag in the Yellow Sea. If you wish to know where the refurbished Chinese aircraft carrier will be until Dec. 29, you can simply visit this Chinese website that has just published the coordinates of the points that limit the area of operations of the carrier (most probably taken from a NOTAM or a bulletin issued by maritime authorities to inform other ships of the temporary prohibited area).

I mapped them with Google Earth and took a couple of screenshots in order to give you an idea where the aircraft carrier will operate for its third sea trial cruise. 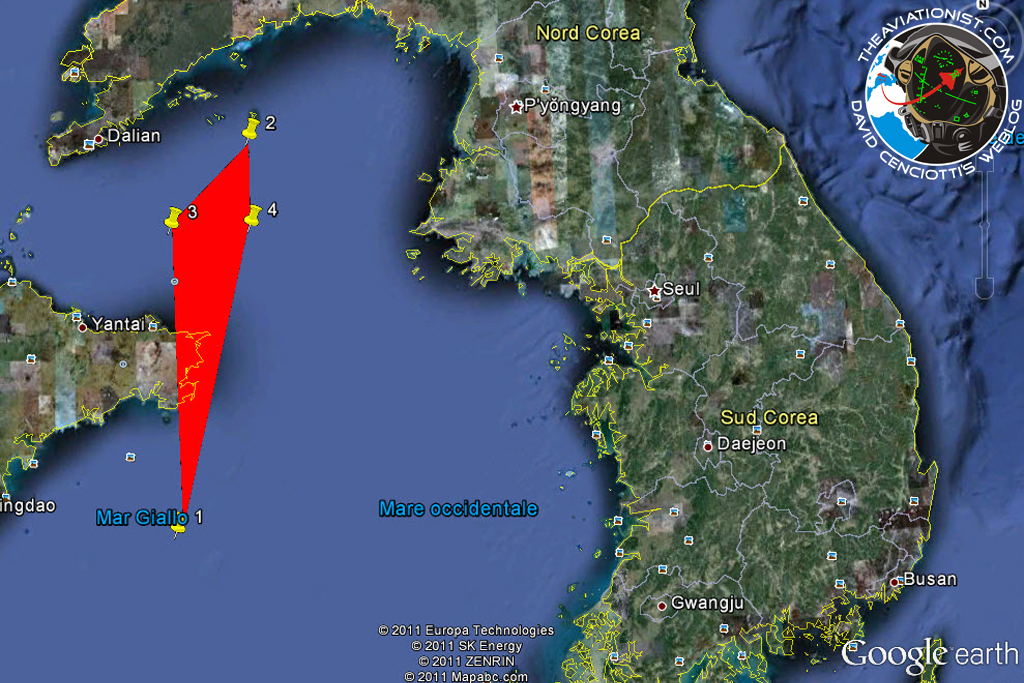 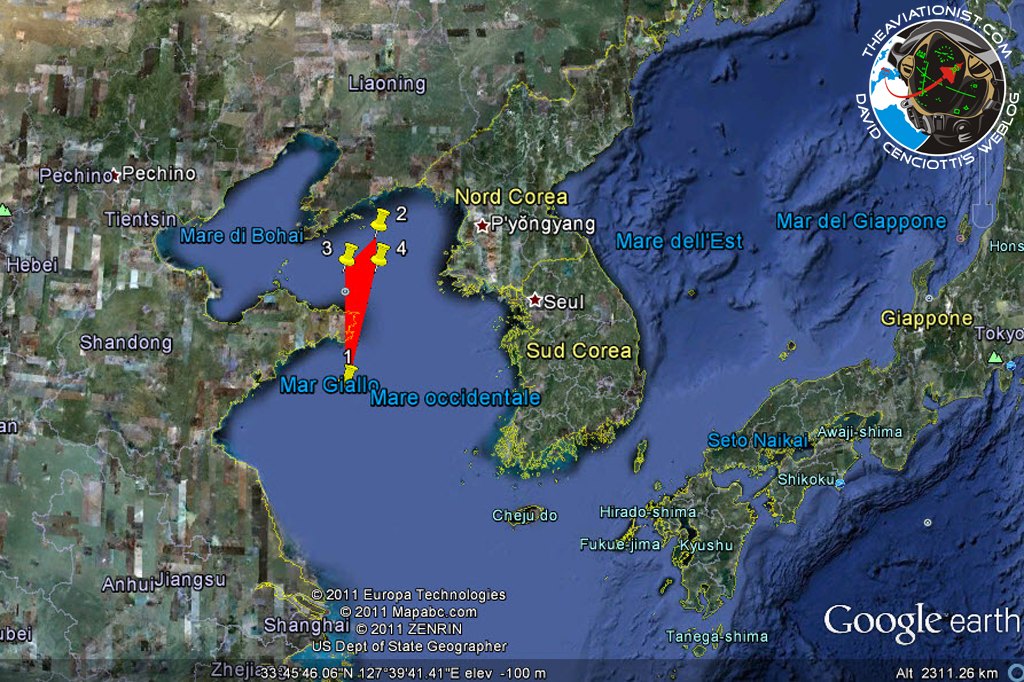 So what those interested can do is to point their satellites towards the area and send some spyplanes and subs in the vicinity to study the ship’s onboard equipment, its radar and signals signature, and so on.

After the images appeared on the Chinese Internet few hours after the aircraft had landed, a video showing the China’s second J-20 stealth fighter prototype performing its first flight at Chengdu on May 16, 2012 […]

Taken in the Yellow Sea on Dec. 8, 2011, this images from the DigitalGlobe Analysis Center depicts the Chinese aircraft carrier Varyag during it’s second sea trial in the Yellow Sea, approximately 100 kilometers south-southeast […]