I’m pretty sure many of this weblog’s readers have already seen this phenomenon generated at the air intake of an F-16. There is also a quite famous image of a C-17 engine, generating this tornado-like spinning vortex. However, the following picture is the first I’ve seen so far showing the vortex generated by an Italian Eurofighter Typhoon (F-2000A according to the Mission Design Series).

The picture was taken in May 2011, by Nicola Ruffino and shows a Typhoon of the 36° Stormo, based at Gioia del Colle, generating a vortex on the apron before taxiing for night sortie.

The principle is quite simple: the air is sucked into the intake generating a depression. As the pressure lowers, the air cools and the water vapor contained in it condesates and becomes visible. The process is the same I’ve explained when I discussed sonic booms and condensation clouds) and it is frequent in high humidity or wet weather conditions.

Noteworthy, if temperature is particularly low the water vapor contained in the air changes directly to ice (without first becoming a liquid). Known as “deposition”, this phase transition can cause some problem to the aircraft, in the form of engine Ice FOD (Foreign Object Damage) and intake ice build-up. 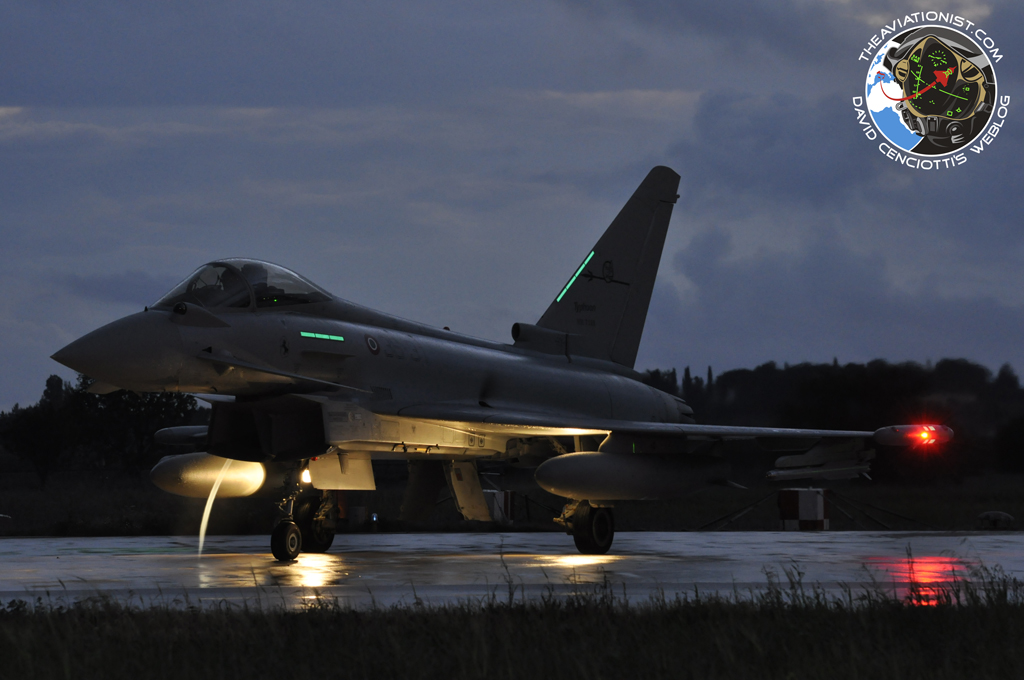 Previous debriefings: Archive Not so many things have happened on the battlefield during the last days, when media were focused on the Osama Bin Laden raid and the famous Stealth Black Hawk. For sure, the […]

In the last few days, I’ve often written about the F-35B. I have explained that the STOVL concept could not be abandoned and that, hopefully, USMC, Italian Air Force and Italian Navy, will most probably […]