In January 2011, the fleets of Eurofighter Typhoons in service since the second half of 2003 with the air forces of UK, Germany, Italy, Spain, Austria and Saudi Arabia achieved the impressive milestone of 100.000 flying hours. Currently six squadrons are active in the UK (four in Coningsby, one in Leuchars and one in Mount Pleasant, Falkland Islands); four in Italy (two in Grosseto and two in Gioia del Colle); three in Germany (Laage, Neuburg and Nörvenich), as well as one each in Spain, Austria and in the Kingdom of Saudi Arabia, worth 260 aircraft in total (according to Eurofighter “the largest number among the new generation fighters available in the world today”). The first 5,000 flying hours were achieved by November 2005, 10,000 hours came in August 2006, 20,000 in May 2007 and by August 2008 the Typhoon had surpassed 50,000 hours with an increase in activity matching the steady delivery of aircraft to the customers. The event was celebrated at Eurofighter headquarters in Munich, Germany and was attended by senior representatives from the Eurofighter programme, Eurofighter management agency NETMA alongside senior staff from all six customer nations including those from the export customers Austria and the Kingdom of Saudi Arabia. As the press release underlines: “The 100,000 hours were achieved flying the Typhoons in the bitter cold weather of the Baltic Sea, in the temperate climate of the Tyrrhenian Coast, in the torrid heat of the Arabic Peninsula and over the rough South Atlantic Sea. A range of operational scenarios have tested the Typhoon to its limits and is testament to the reliability; operational readiness and the durability of the platform and systems under operational conditions“.

To celebrate the first 100.000 fh of the operational fleet, an ItAF F-2000, MM7295/4-6, belonging to the 4° Stormo based in Grosseto, was applied special markings (picture courtesy of Alenia Press Office). 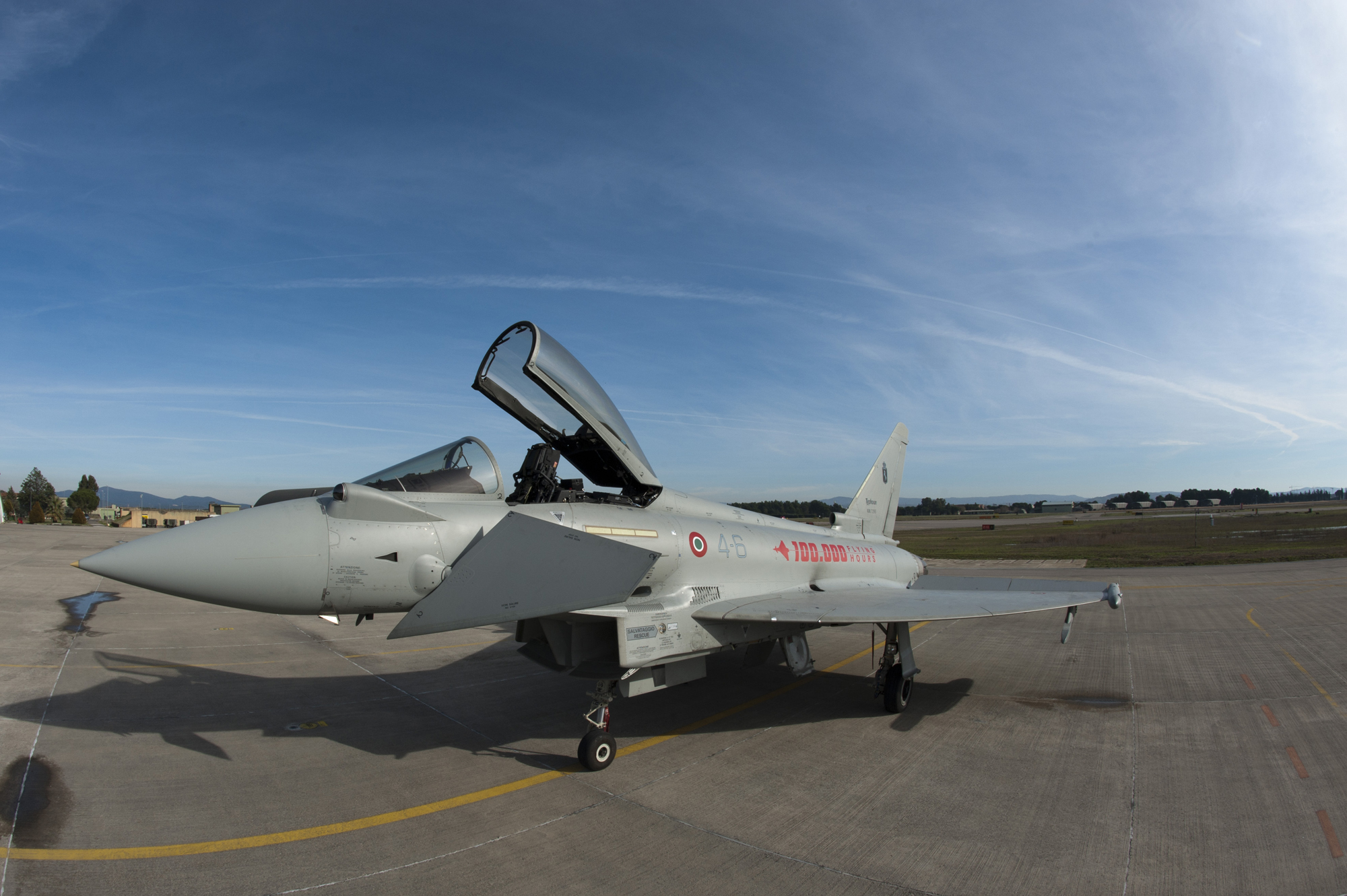