Yesterday, flying from Paris Charles De Gaulle to Rome Fiumicino with an Alitalia A321, watching the ceiling, I suddenly thought about a brief discussion I had with Monica, a friend of mine, who’s a bit scared about flying and was even more worried about her next flight after reading about the frightening experience of a Meridiana flight that, late in 2010, plunged some thousands feets, after experiencing a pressurization failure. 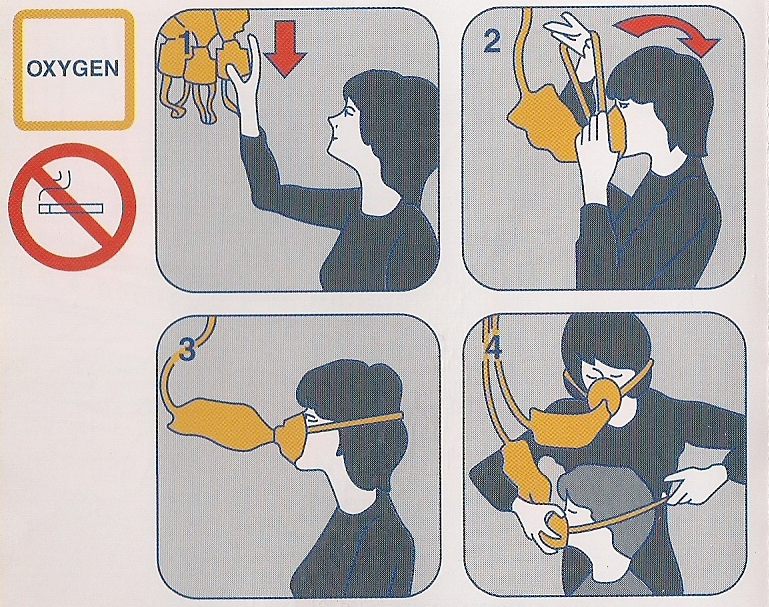 She had just read an article in which interviewed passengers recalled the moments when the masks had been released and the subsequent unexpected dive of the plane. What I explained to her is that the plunge is the most obvious manoeuvre the pilot will perform if a loss of cabin pressure occurs. An emergency descent is an entirely controlled manoeuvre that is performed to bring the aircraft to a safe altitude as soon as possible: the masks have a limited endurance hence, the sooner the plane reaches a lower altitude, the better. 10.000 feet is an altitude that can be tolerated without supplemental oxygen.
Almost all the in-flight safety briefing say more or less that:
“In the event of a sudden loss of cabin pressure, oxygen masks will automatically descend from the ceiling. Grab the mask, and pull it over your face. If you have childs travelling with you, secure your mask before assisting with theirs”. 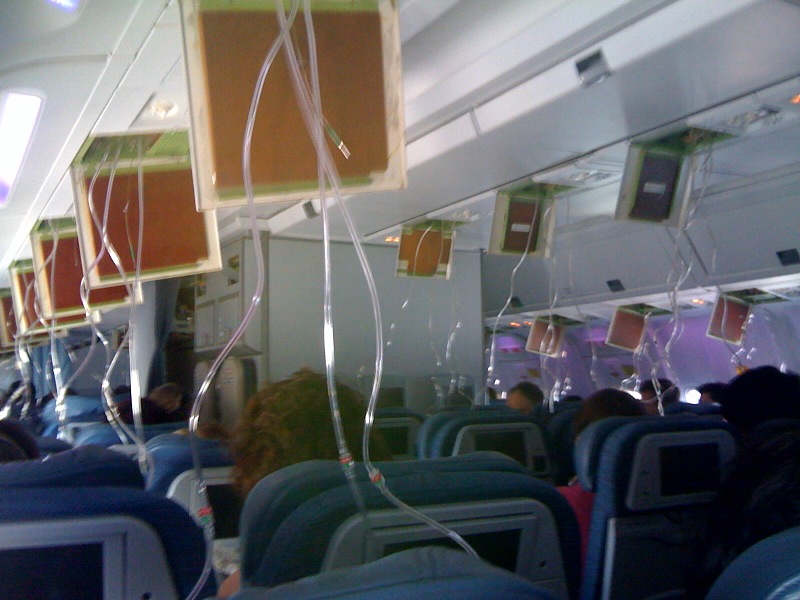 Since pressurization problems seem to be less rare than in the past (yesterday a Qantas flight flying from Adelaide to Melbourne dropped 26.000 ft after cabin became depressurized; a few weeks ago a similar thing happened to a Ryanair flight; etc), I think that is time to change the briefing and to add something clarifying that “In the event of a sudden loss of cabin pressure…..the aircraft will probably perform a sudden controlled emergency descent to a safe altitude” or something like that. This message would probably spread the idea that there’s no need to worry if the plane plunge after the masks have come down!

On September 16, 2011, during the National Championship Air Races, that take place each year since 1964 at the Reno Stead Airport, near Reno, Nevada, a P-51D Mustang, piloted by Jimmy Leeward, crashed near the […]

A few days ago I discussed about airshows performed above the surface of the water (see Air displays above the water: a “risky business”?). A really interesting air display is scheduled for Sept. 20 in […]