After reading some news dealing with the presumed imminent return to flight of an airworthy Italian F-104 (obviously hoaxes related to the April Fool’s Day), I decided to publish the following postcard made with a picture I took more or less in this period, 7 years ago, in 2003. The image, a scan from a 35mm colour slide, depicts an F-104S ASA-M of the 10° Gruppo landing on runway 06 at Grazzanise airbase. It is “Photoshop free” (frame aside, of course): a genuine photograph of the F-104 in a day in which many Starfighter-related hoaxes are spreading through the Web. 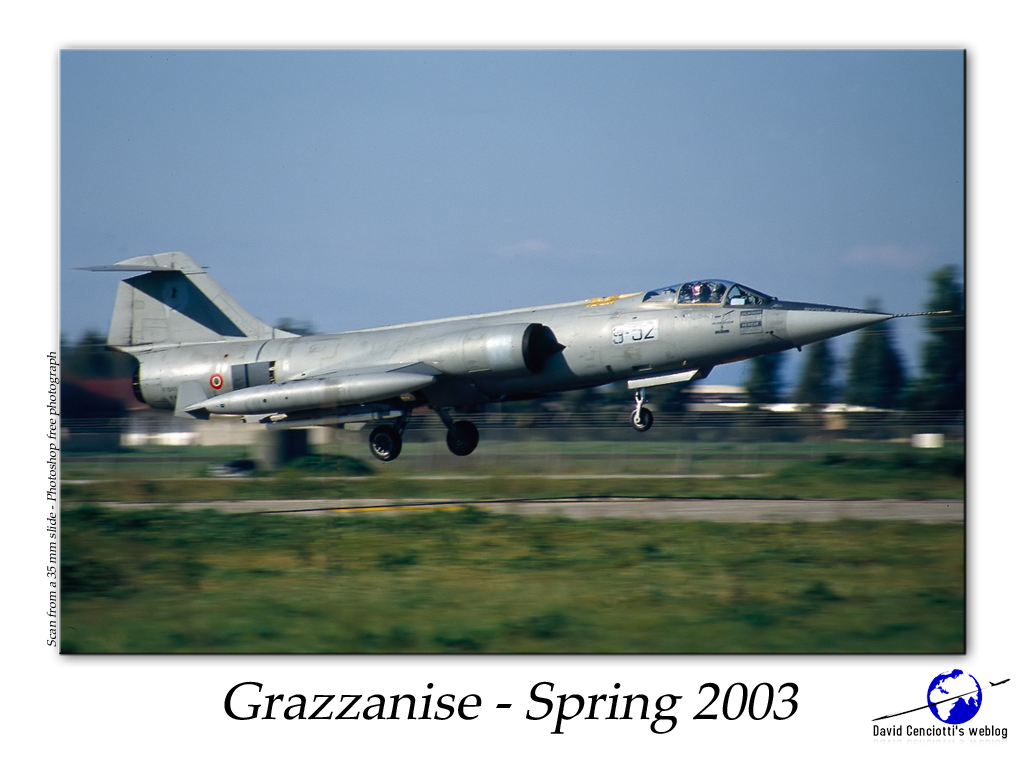 Boeing KC-767 next generation tanker as you have never seen it before: Buddy Refueling

We have taken part to a mission aboard Italy’s Boeing KC-767A to refuel another KC-767A tanker. The Italian Air Force operates a fleet of four Boeing KC-767 advanced aerial refuelers. The tankers are assigned to […]