On Nov. 2, I typed the URL http://www.aeronautica.difesa.it to get the latest news from the website of the Aeronautica Militare (Italian Air Force, ItAF) but I got the following message: 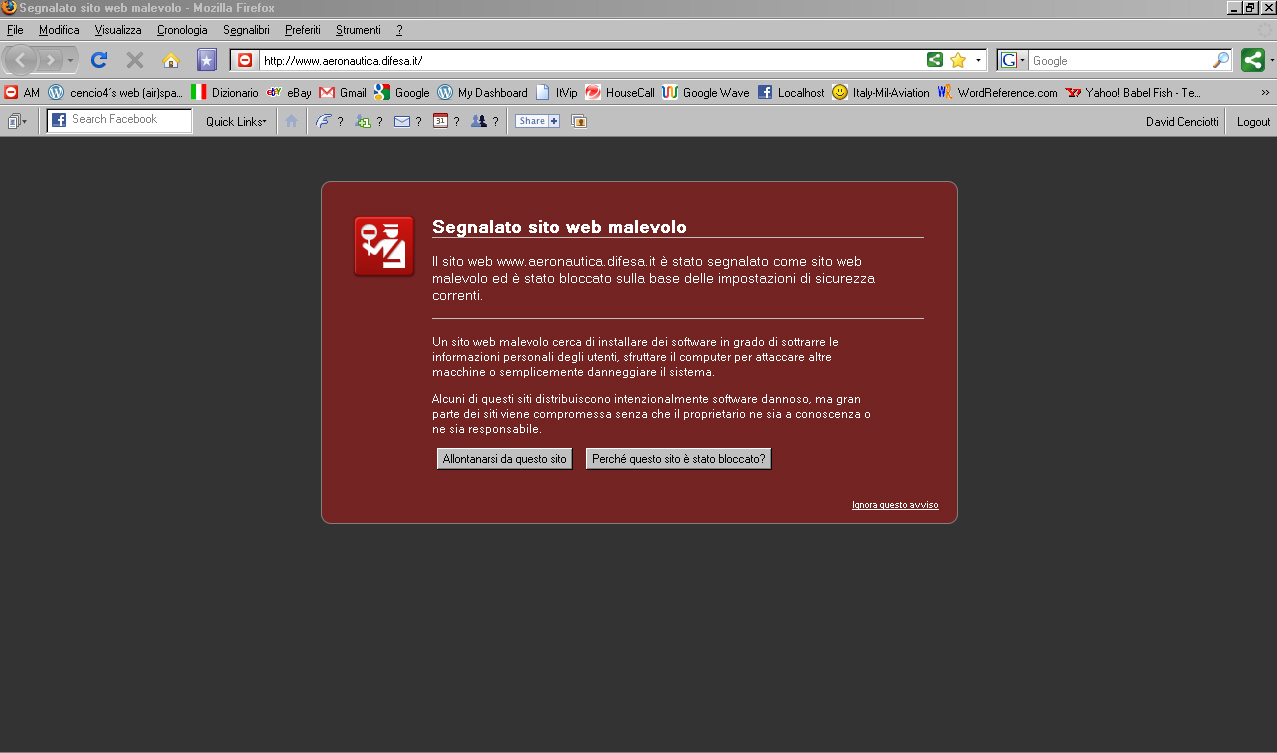 Looks like the website has been report as being compromised with some malware injected on the page. According to Google, in the last 90 days, suspicious activity has been reported 3 times. 135 out of 563 pages visited by Google, caused the download of malicious code. 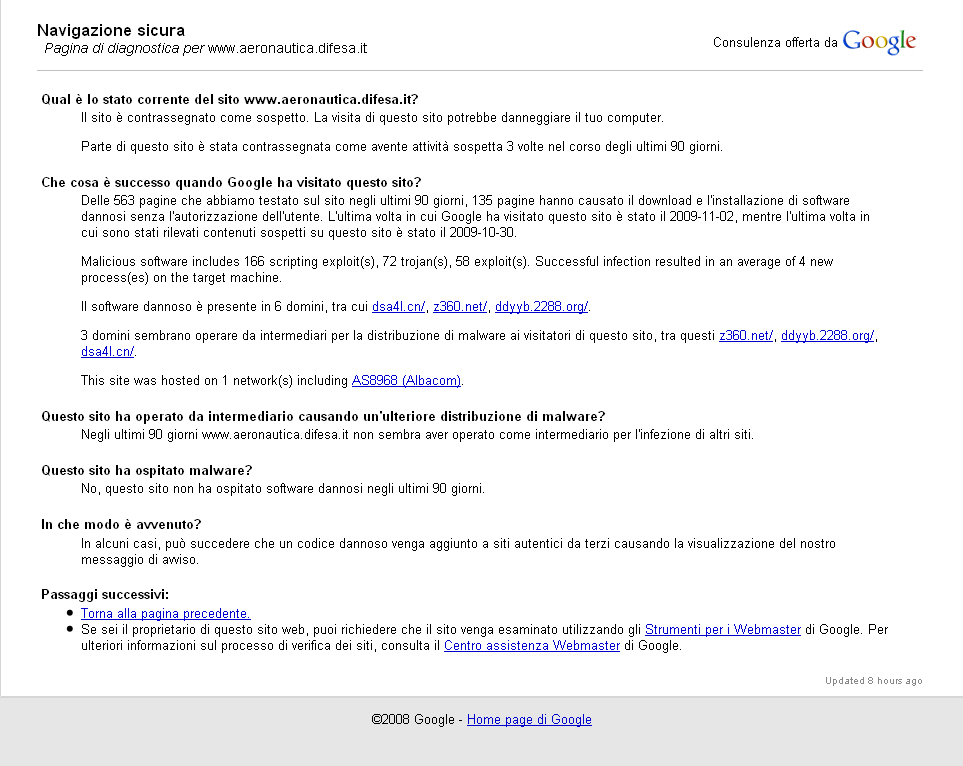 The last time the website was checked is Nov. 2, 2009, while the last time malcious code was detected on the site is Oct. 30, 2009 (again, according to Google).
By ignoring the message I got access to homepage of the ItAF website that is temporary unavailable because is currently under maintenance as you can see from the below screenshot. What is not clear right now is whether the ItAF website is being updated because it was hacked with malicious code or it is undertaking maintenance that has nothing to do with the malicious code inserted in some of its internal pages.

Sicily airports (in the Trapani area) in WWII

In 2008, I had the opportunity to fly a mission aboard a SIAI 208M of the Trapani based 37° Stormo of the Aeronautica Militare (Italian Air Force, ItAF) within a SMI (Slow Mover Interceptor) mission. […]