The following pictures taken from the Vulture’s Row, the narrow balcony on the ship’s island, don’t give the exact idea of the darkness that surrounds an aircraft carrier at night. The flight deck is illuminated by a soft sodium-vapor light and by the runway lights. The aircraft are surrounded by many coloured shirts performing the usual tasks needed to launch and recovery aircraft in safety. The afterburners create a bluish-white glow that disappears immediately after launching from the catapult. Combined with thousands of stars clearly visible above us, the sight is absolutely stunning. 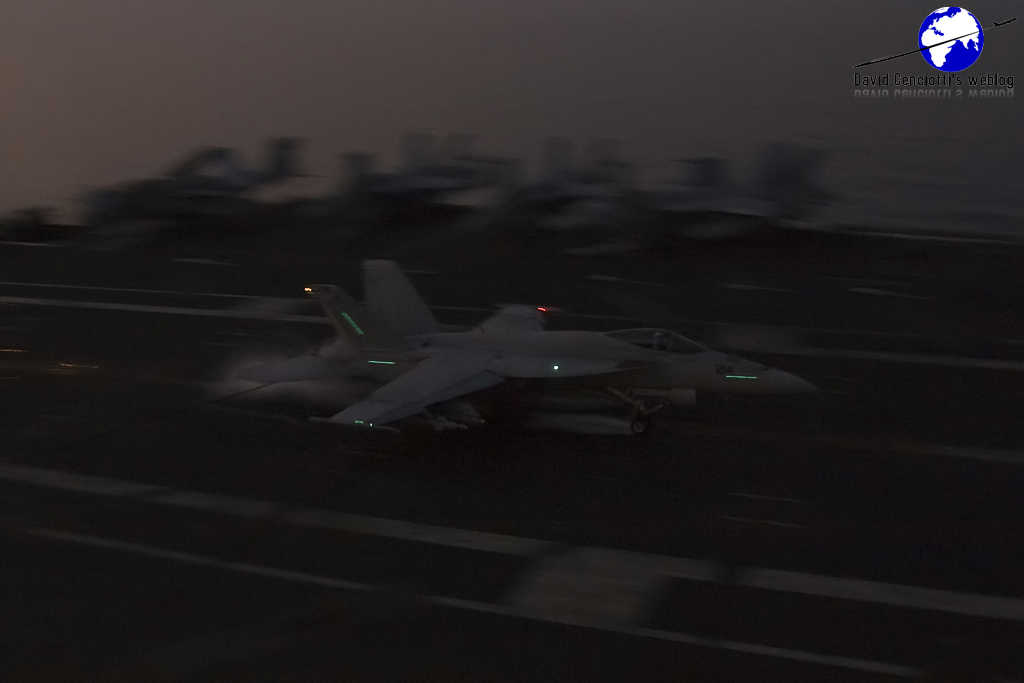 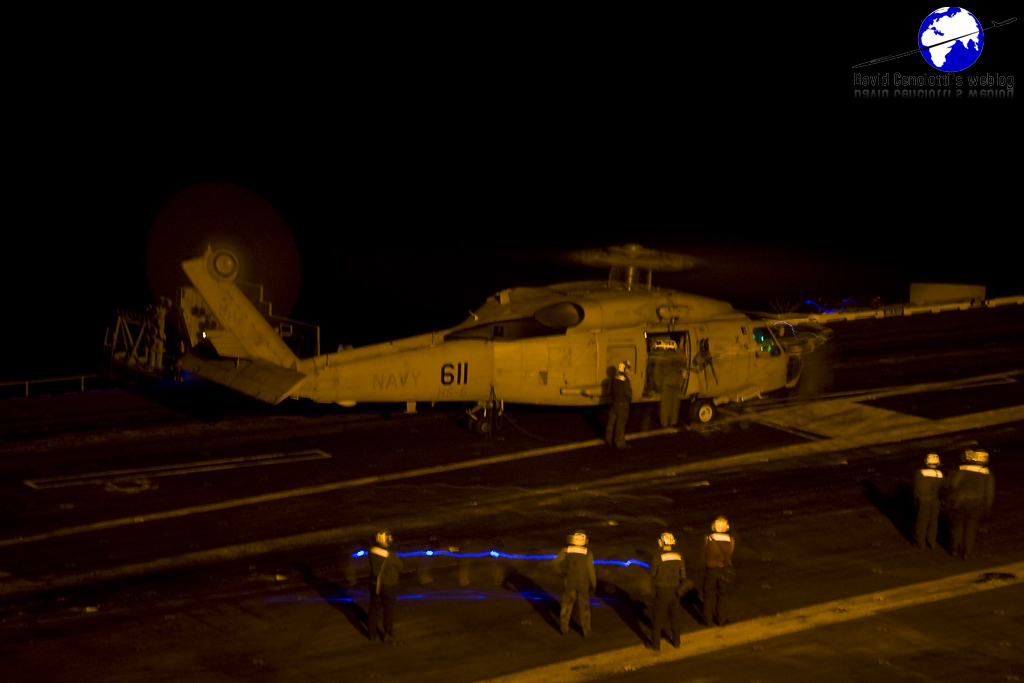 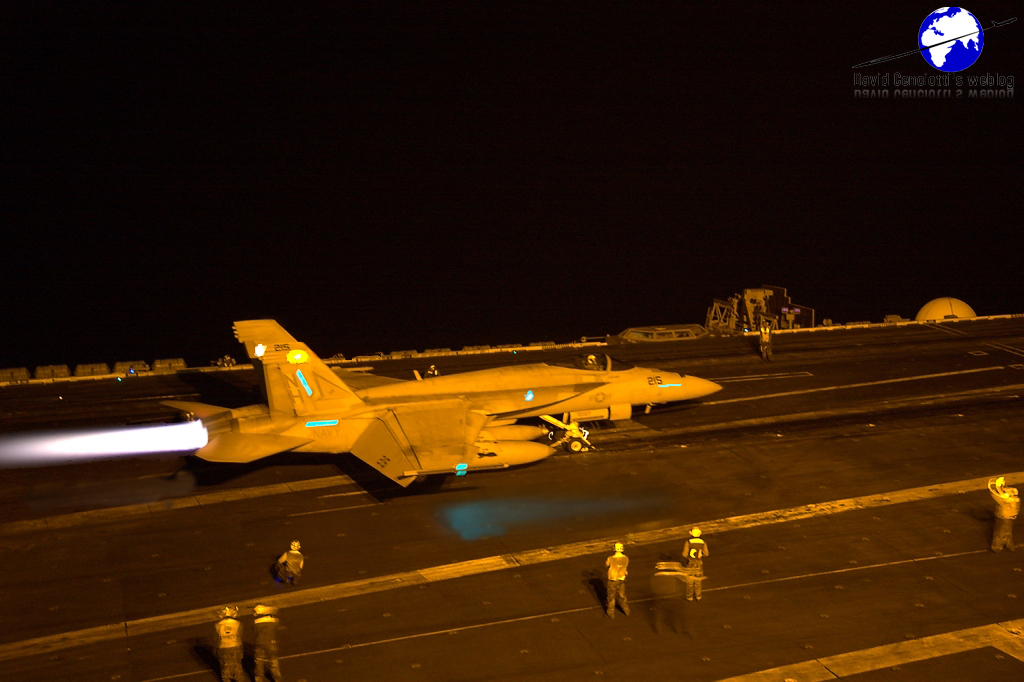 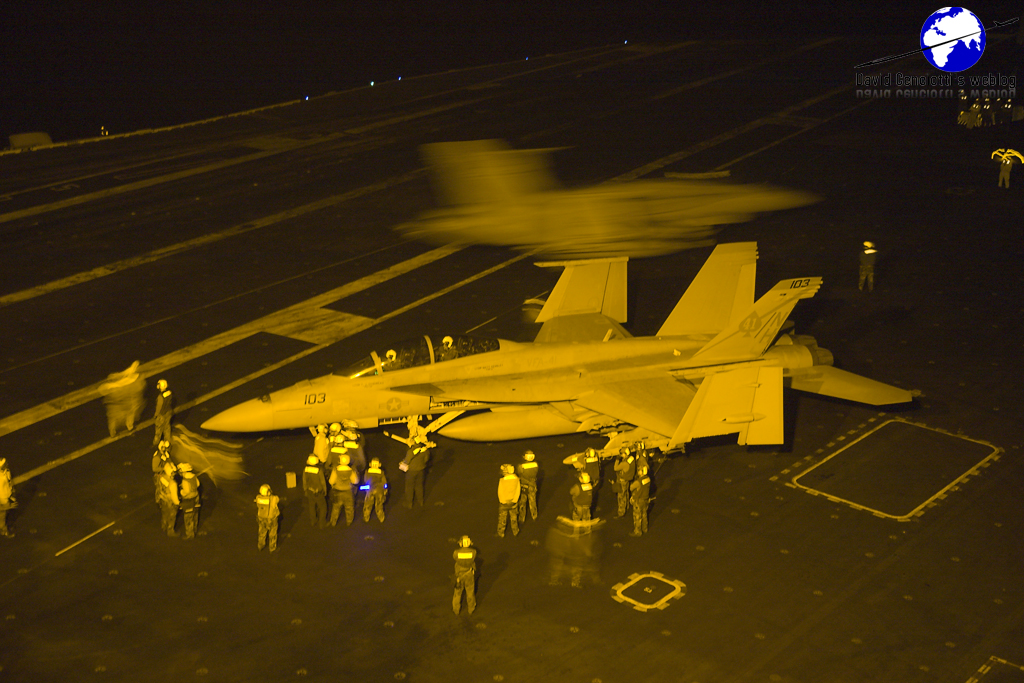 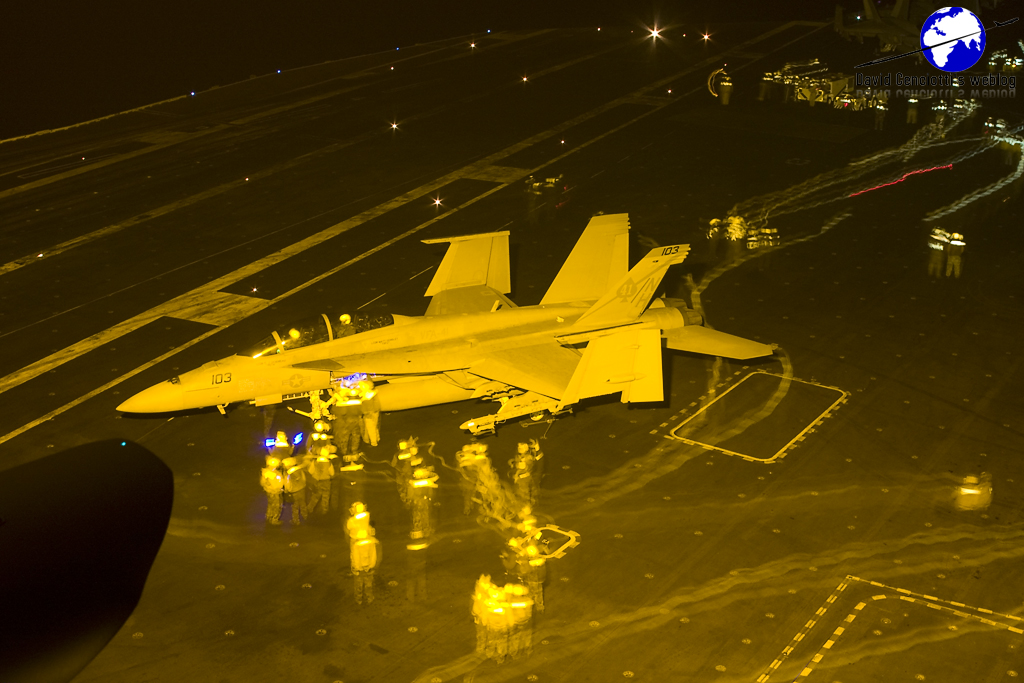 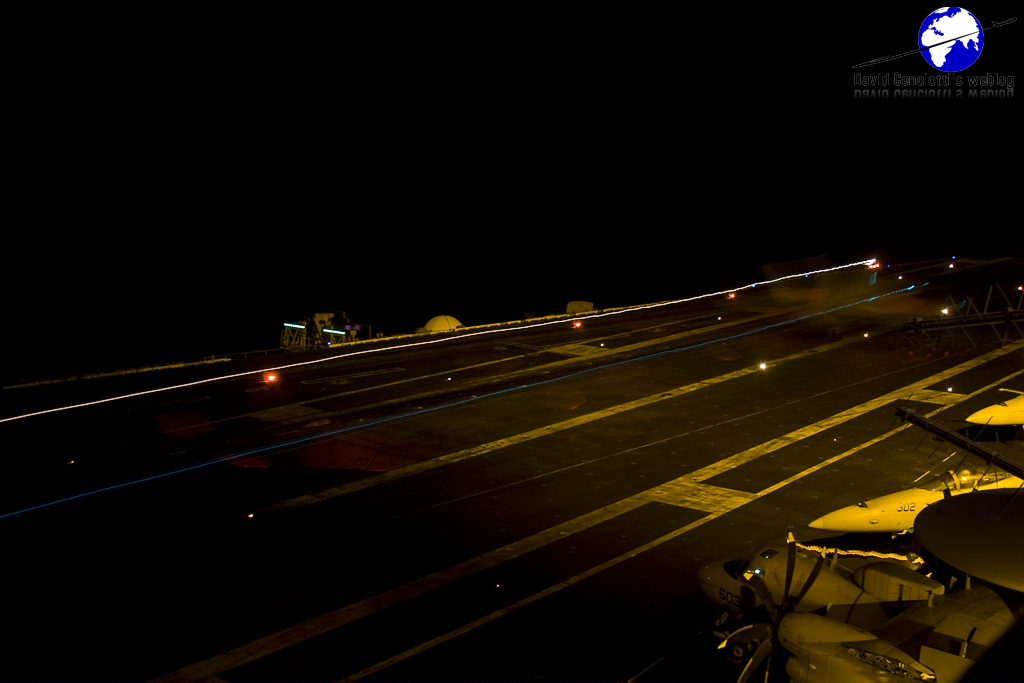 My father in law is an amateur poet. After my visit to the USS Nimitz, he wrote the following poem. When he read it to me for the first time I immediately recalled the atmosphere of the flight deck at night:

As reported by The Dew Line, Flightglobal’s Greg Waldron has found some interesting pictures showing China’s new carrier, the former Soviet vessel, Varyag with a Flanker copy on board. The most interesting photo, that can […]