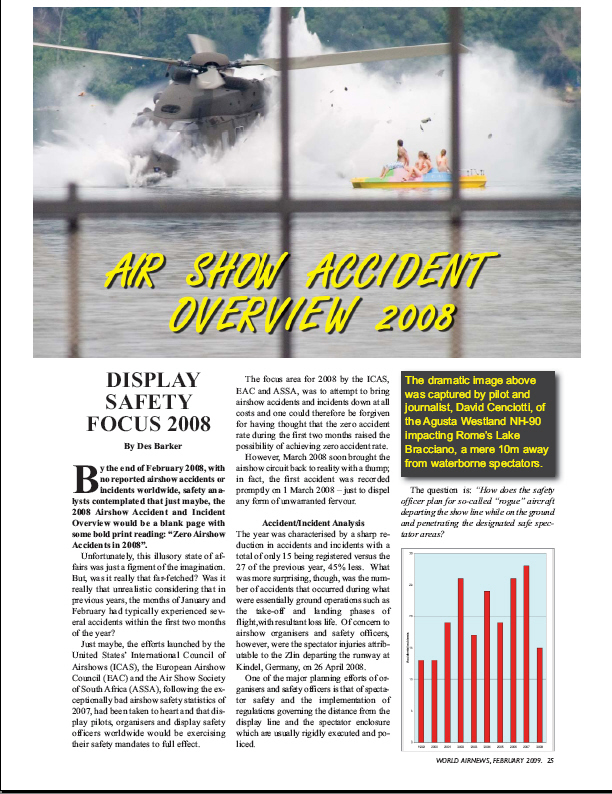 se of highlighting ongoing accident/incidents at airshows in an effort to improve airshow and display flying safety by considering lessons learned. The interesting document with plenty of pictures and full analysis can be found here: Air Show accident overview.
As you will see, the picture I took on Jun. 1, 2008 of the NH90 of the Esercito Italiano (Italian Army) crashing into the surface of the Bracciano Lake during Ali sul Lago airshow , is the main image of the document.  The NH90 accident and many others that occurred during the 2008 airshow season are analysed in the overview.

In the last week I had the opportunity to discuss about his researches with Mr. Diego Verdegiglio who is currently writing a book about the Italian involvement in the Vietnam war. During his studies on […]

As everybody knows, on Jun 1, 2009, an Airbus 330 of the Air France, flying as AF447 from Rio de Janeiro (SBGL) to Paris (LFPG) was reported missing while overflying the equatorial Atlantic Ocean. Although […]

The Spanish newspaper El Paìs has just published on his website a video of the Spanair 5022 crash, recorded by the airport’ surveillance camera. Unfortunately the video is not clear as it shows the aircraft […]