On Feb. 5, the Star Air B767-200 with registration OY-SRK in the picture below, flying for Lufthansa Cargo from Rome – Fiumicino to Athens performed an emergency landing shortly after take off due to a cockpit window problem. According to some rumors, the crew had forgotten to lock a cockpit window (even if there is a specific check in the after start checklist) and did not manage to close it after departure. Most probably, the window was not open but closed unlocked and the pilots did not realize the forgotten checklist step, until they were climbing. This kind of events reaffirms how much checklists are important and must be performed with concentration rather than “routinely”. This time the error didn’t cause a disaster, but think to what could happened when more important checks were skipped (read about Spanair 5022 crash here: http://cencio4.wordpress.com/tag/jk5022/). 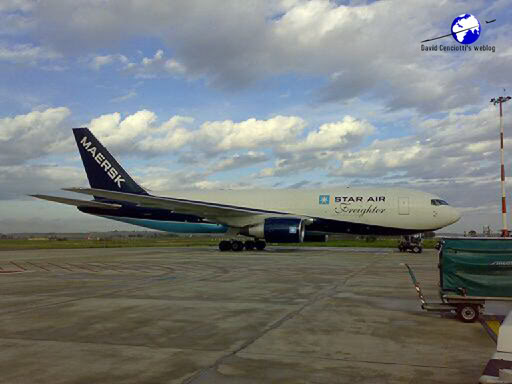