I’ve just finished reading a couple of interesting articles published on the latest issue of Rivista Aeronautica (06/08). They deal with the Trial Imperial Hammer 2008 (TIH 08), a complex exercise that was held in Decimomannu last September and whose aim was to improve the Time Sensitive Targeting and Dynamic Retasking capabilities during counter-terrorism operations. The TIH 08 proposed an asymmetric warfare scenario with UAV (Unmanned Air Vehicles) operations, GPS Jamming missions, SIGINT/ESM sorties, Improvised Electronic Device activities. Some specialized assets attended the exercise: G.222VS of the 14° Stormo, B.707 of the Spanish Air Force, French C-160G Gabriel and Mirage F1CR, a C-130 Senior Scout of the Delaware ANG, a C-160 of the Turkish Air Force, a Br.1150 of the German Navy, Luftwaffe Tornado ECR and IDS, two EH-101 in ESM configuration, and Italian Tornado ECR and IDS. AMX, HH-3F and AB.212ICO of the Aeronautica Militare (ItAF) attended the CSAR missions. Supporting the exercise also a NATO E-3 AWACS and an E-3F of the French Air Force. All the information gathered by the various assets were collected by the JFFC (Joint Forces Fusion Center) that acted as a sensor fusion unit. The JFFC was a sort of “middleware” that received and distributed all the information received from the various assets linked by means of the Tactical Data Link (TDL): Link 16, Link 11 and IDM (Improved Data Modem). Noteworthy, the Link 16 data link was implemented also on the Italian Tornado IDS and ECR – this latter equipped also with an MSR (Multi-Ship Ranging) a Link 16-based capability for integrating and fusing information coming from different ELS (Emitter Locator System) in order to geolocalize electromagnetic threats discovered by different platforms. In a typical net-centric architecture, during the TIH 08, the Italian Tornados sent the information gathered by their MSR to the JFFC that could update the picture by delivering the information via Link 16/Link 11/IDM to all the other assets involved in the exercise and to the AWACS. The same information could be sent to a Tornado IDS that could be used to attack a target detected by a Tornado ECR. That said is it clear that the Link 16 – which required the installation of a MIDS/LVT (Multifunctional Information Distribution System / Low Volume Terminal) on the Tornados – is extremely important to establish a flexible, authenticated, encrypted e communication channel between different platforms for information exchange. Considering that the first Tornado ECR with MIDS and MSR was taken on charge by the Reparto Sperimentale on Jul 17, I didn’t remember that the Link 16 capability was not achieved by the ItAF for the first time by the Tornado fleet, in 2008, until Riccardo Vestuto, an F-104 and aviation expert, requested me some Tornado F.3 cockpit pictures. After I sent him those images I shot during my visit to Gioia del Colle in 2004 for an article that was published by Rivista Aeronautica he made me notice that in WSO (Weapon System Officer) cockpit there’s a third CRT above the standard two ones, that is not present on all the examples leased from the Royal Air Force and could have been installed after the delivery (that took place on Jul 5, 1995) as a retrofit.
Since some RAF Tornado F.3 are JTIDS/Link 16 capable it is possible that the third CRT on my pictures was the JTIDS (Joint Tactical Information Display System) or MIDS terminal installed only on a few examples in service with the 12° Gruppo of the 36° Stormo based in Gioia del Colle (that is the last Squadron to have been equipped with the ADV variant of the Tornado). When in 2004 I interviewed Maj. Luca Spuntoni, Cdr of the 12° Gruppo (to read the article in Italian click here: Il 36° Stormo), he explained that the Tornado F.3 was the first aircraft to introduce the JTIDS in Italy but I don’t know if the panel in the pictures is the one used by the WSO to manage the system in the ADV. If anybody has more information, please let me know. 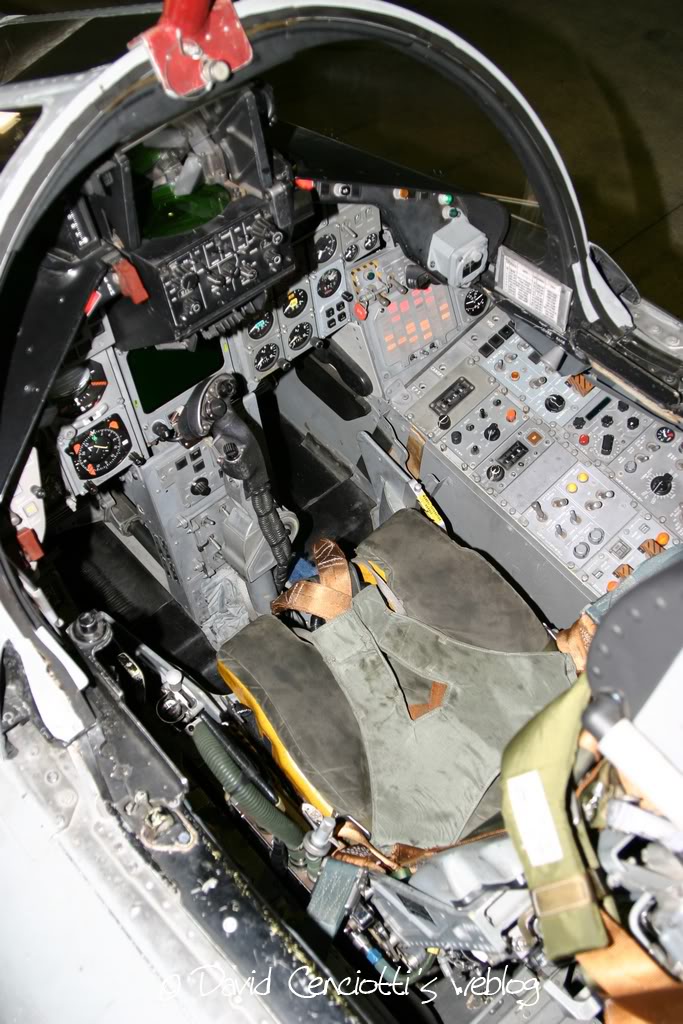 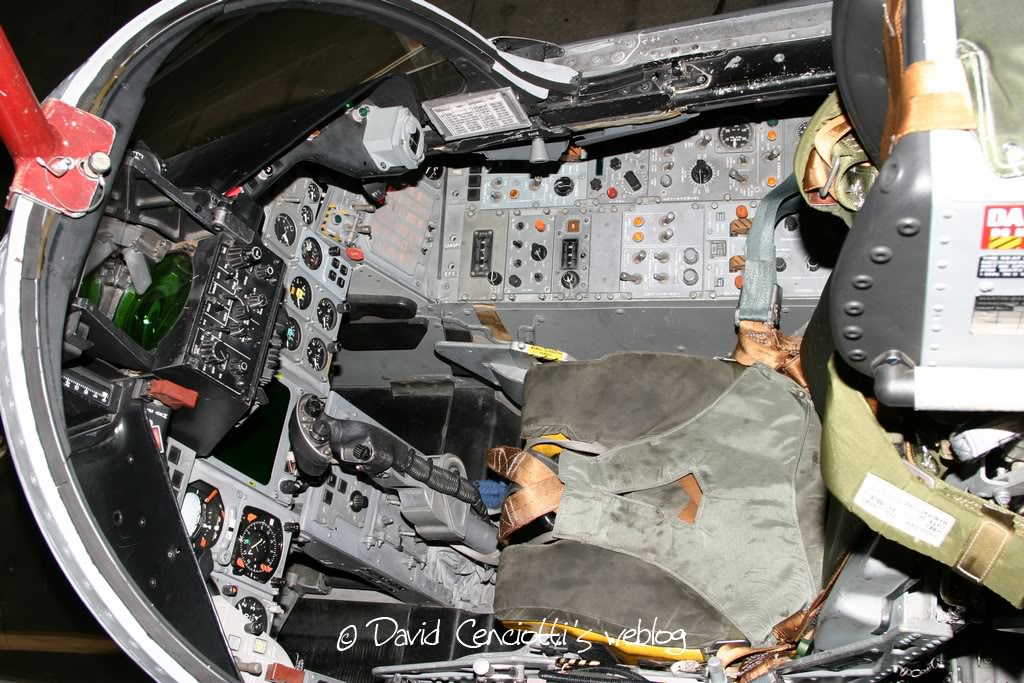 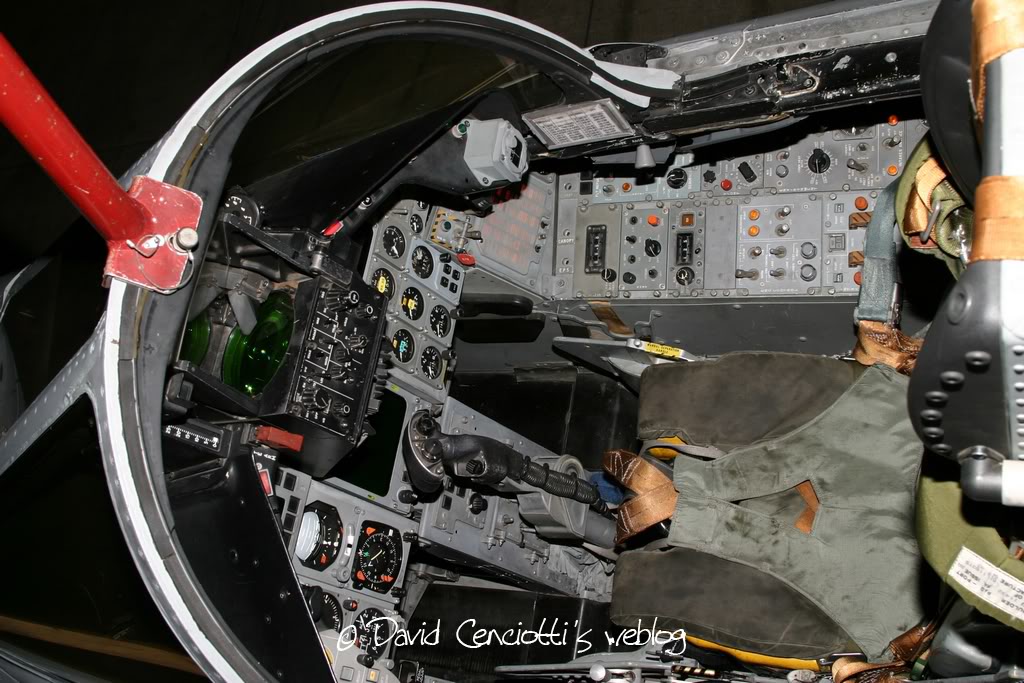 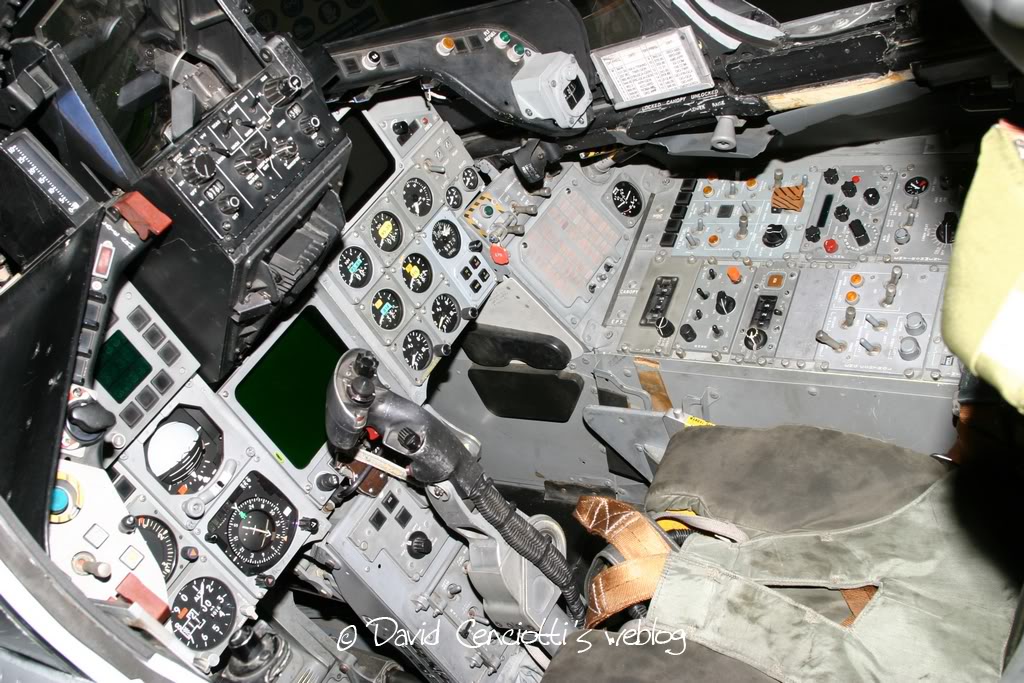 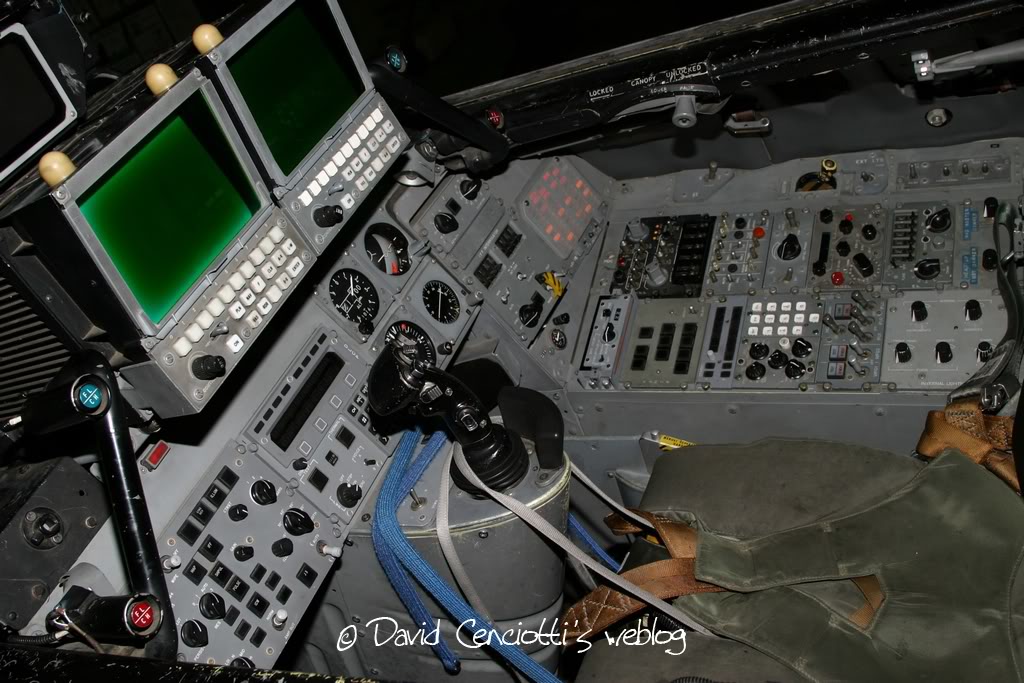 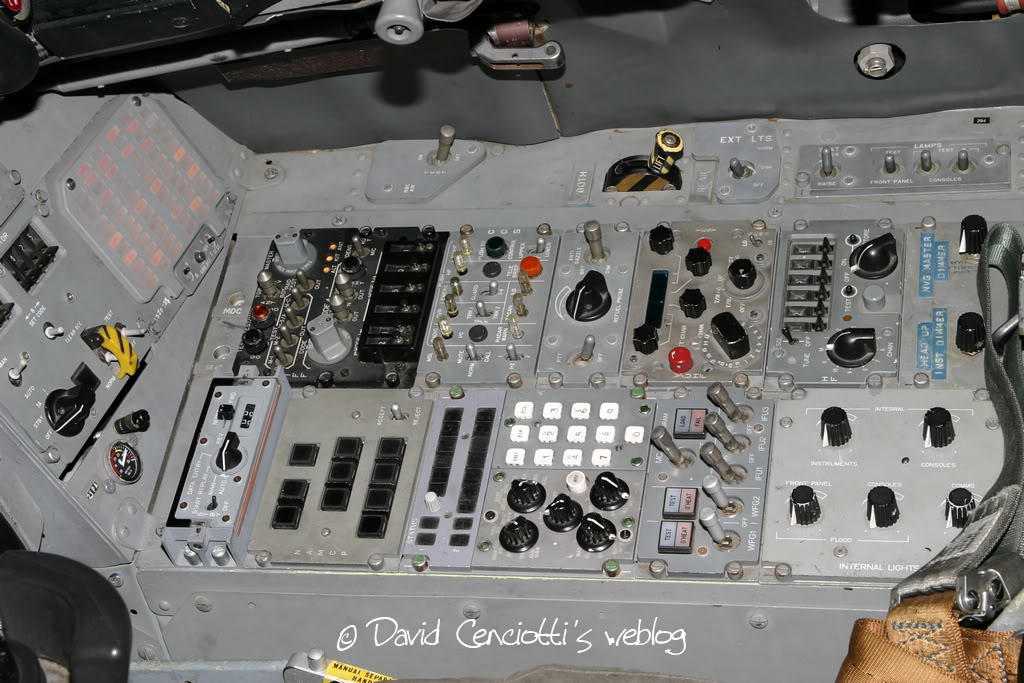 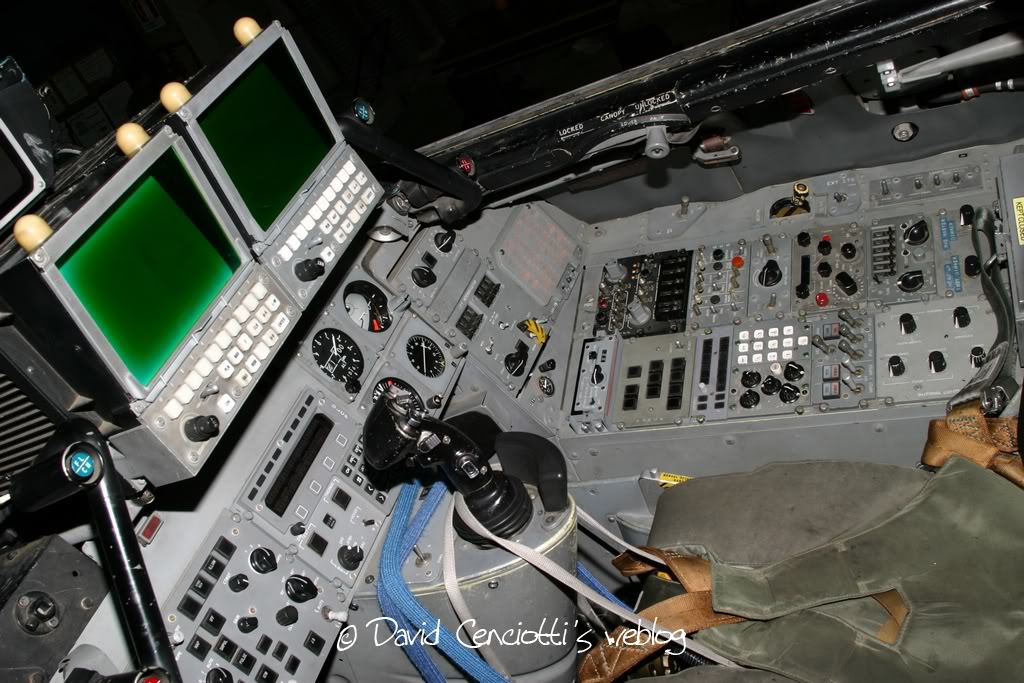 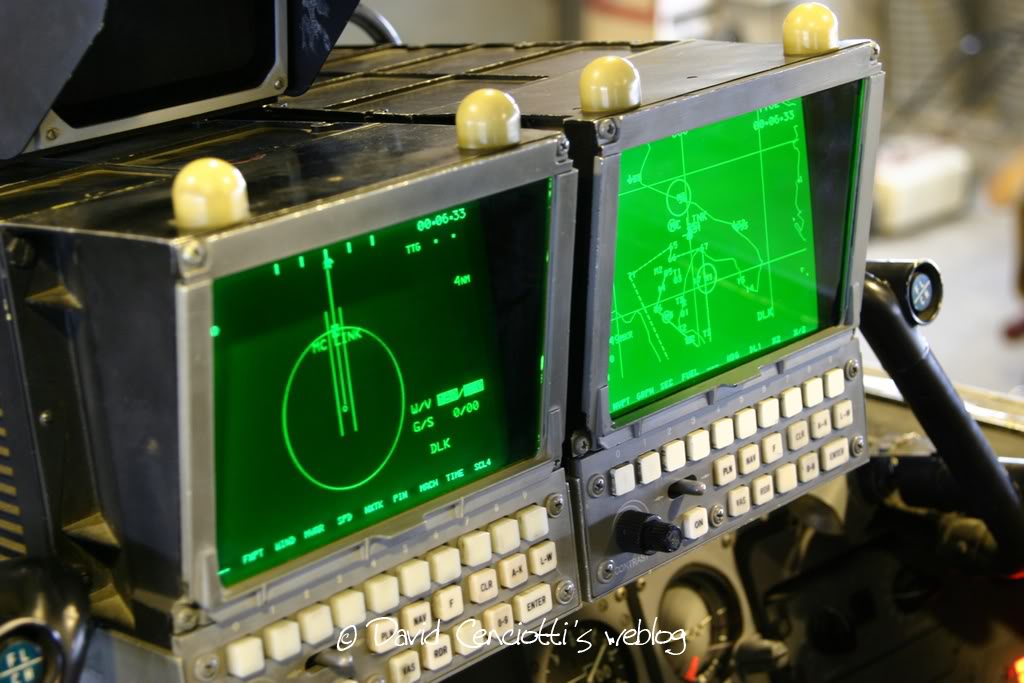 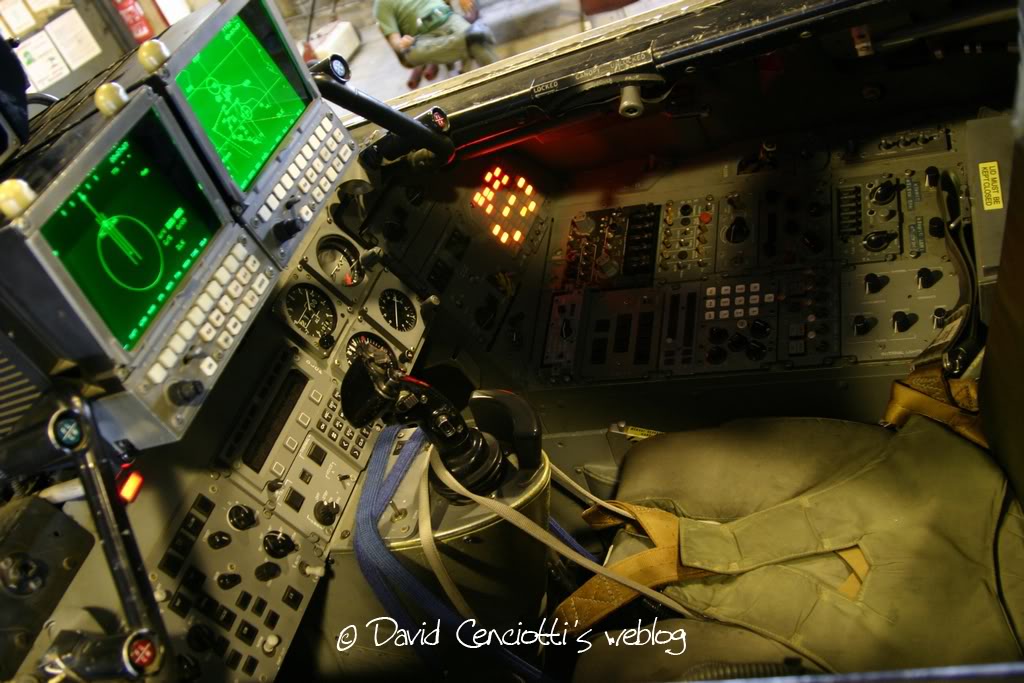 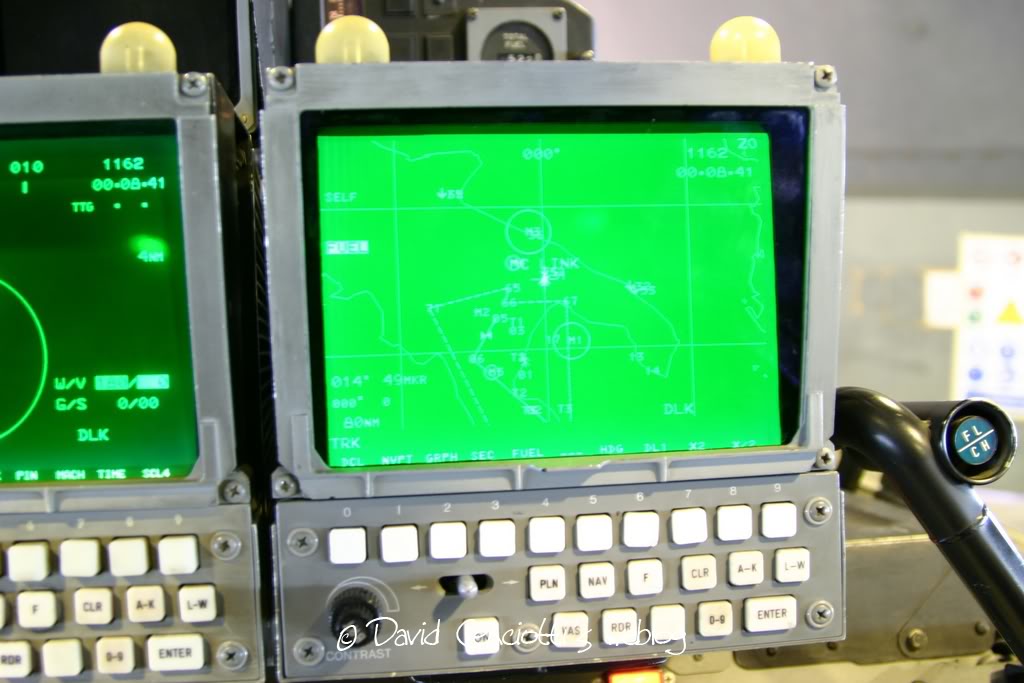 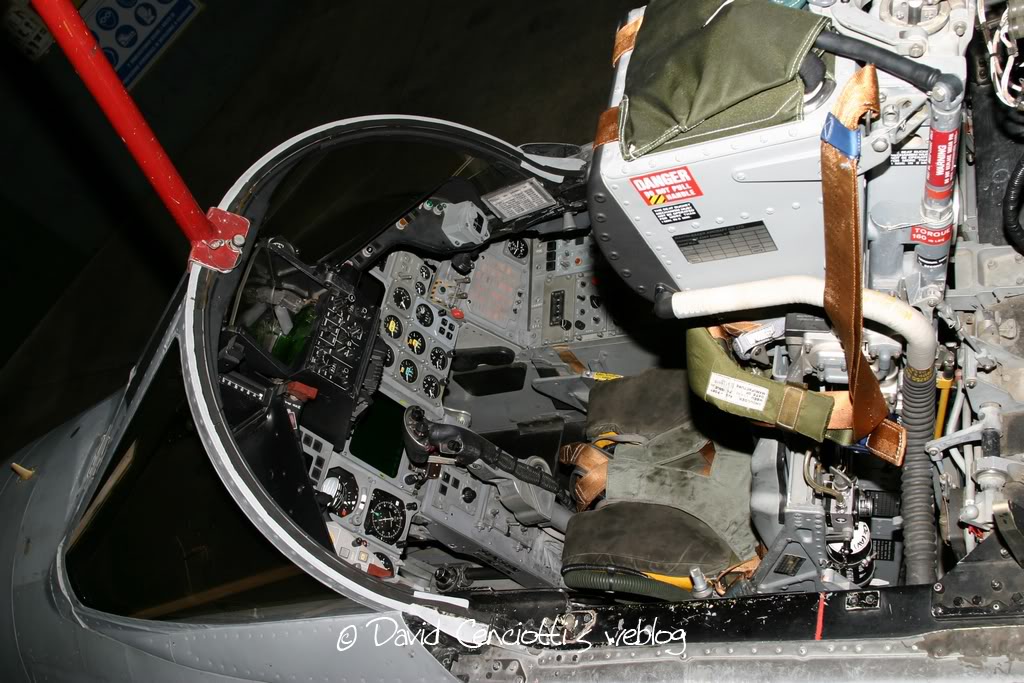 Six Swiss PC-21 trainers will stay for ten days in southern Italy to train with the 61st Wing, their Italian counterpart for jet pilot training. The Swiss Air Force is taking part in a 10-day […]