An interesting easter egg was discovered in the last weeks by a student that found that by depressing CNTRL+ALT+A on the keyboard when using Google Earth, he was given access to an embedded flight simulator (once you have used the flight simulator for the first time, your client will disclose the relative tab and you won’t need to use the above sequence to access). I obviously tried it and gave the simulator a try. I found it funny, especially thinking to the future (possible) development of the product. 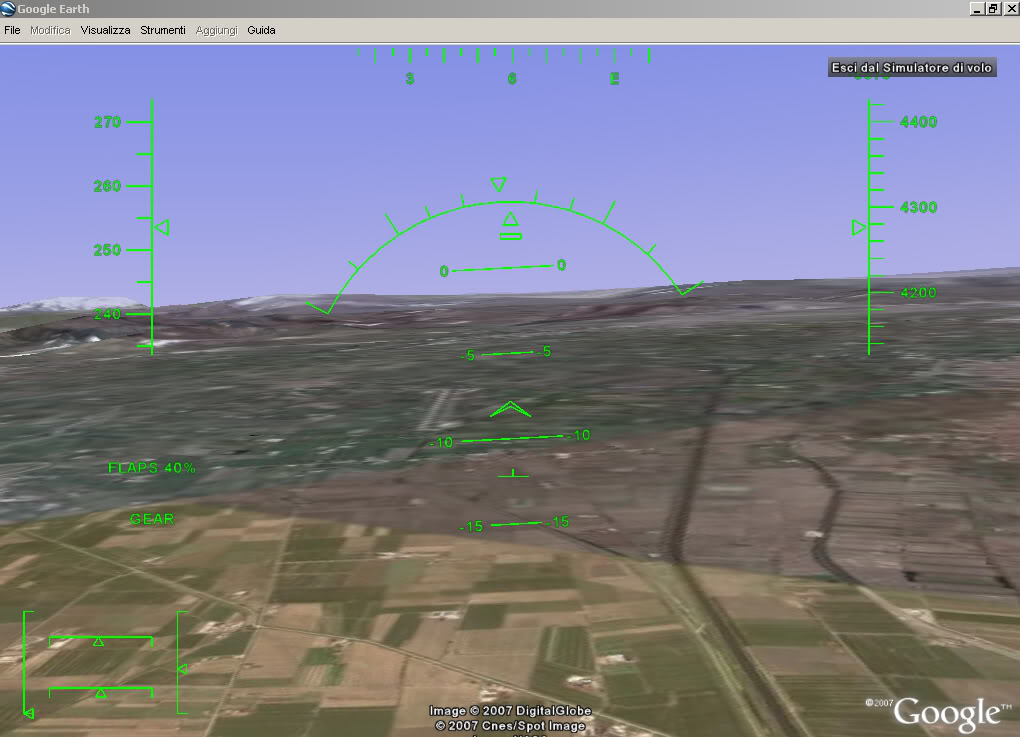 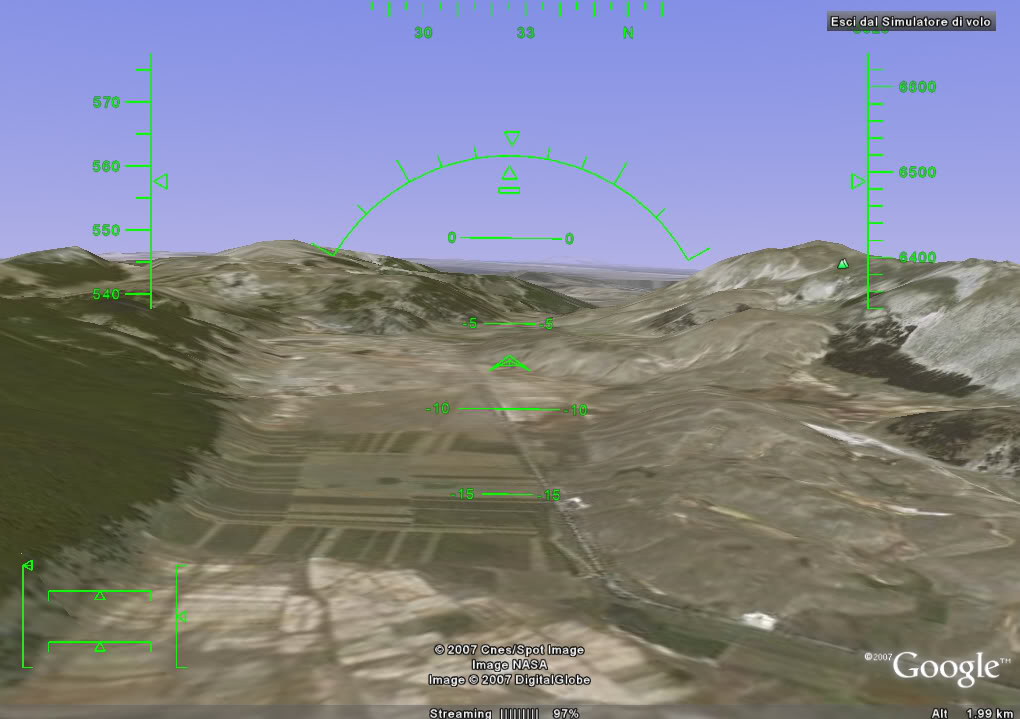 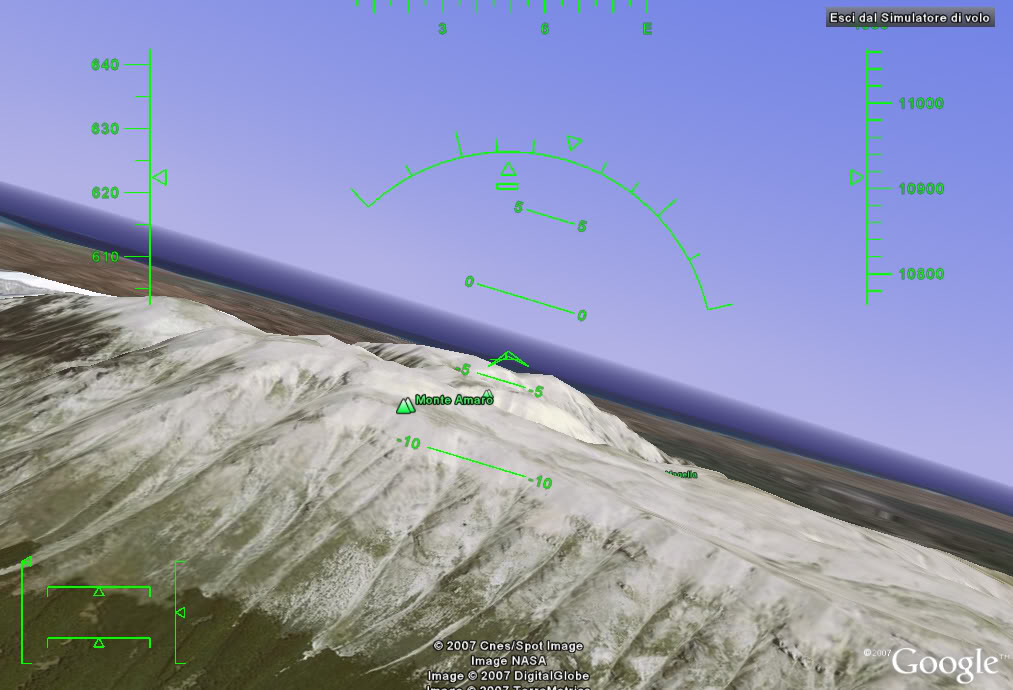 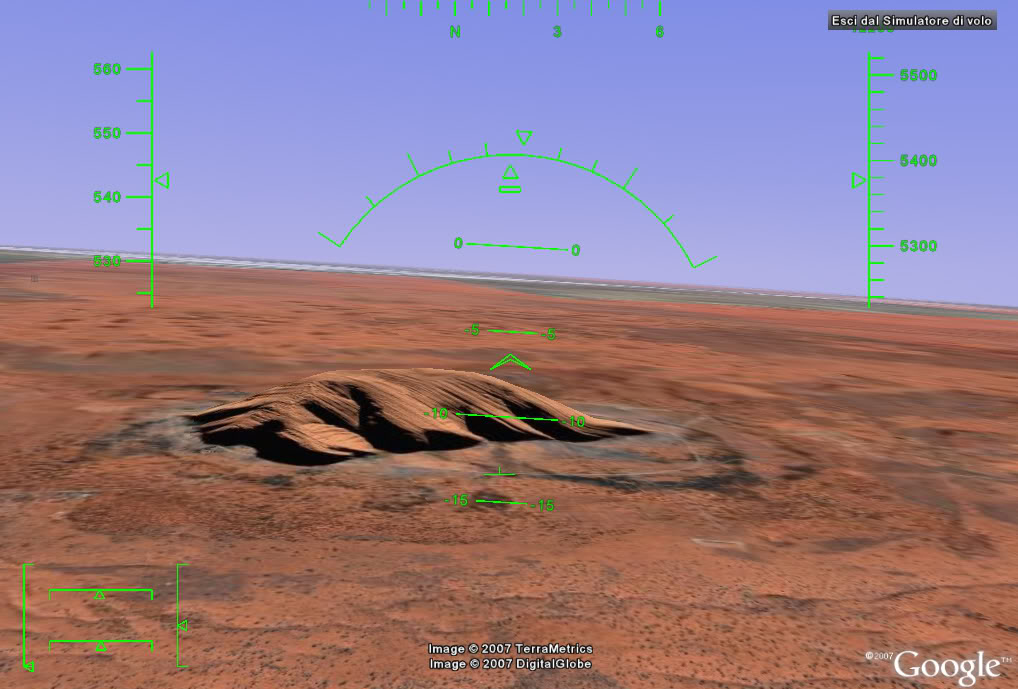 Currently, the simulator is at least basic: you can choose a fighter or a prop, you have just the HUD view, and you can wander everywhere in the globe by choosing if departing from either one of the proposed airports or directly “in flight” from a preferred location. Since now most of the terrain in GE is 3D (unfortunately not all), flying low level between the mountains is quite realistic. I picked the F-16 and flew low level in Central Italy. As said, the simulator is basic, funny but still ages away from Falcon 4.0 or Microsoft Flight Simulator. I used the latter to train in IFR, to perform instrumental navigation and approach procedures using real charts and in my honest opinion nothing is currently comparable to the Microsoft product. The only (!) problem is that FS requires a constant update of the HW and SW configuration of your desktop if you want to fly the latest aicraft in the most realistic sceneries and you want it to run smoothly on you machine. Many virtual companies and squadrons were created within the virtual World of FS.
Perhaps, one of the most interesting is the Virtual 102nd Gruppo CBOS (http://www.mariomotta.it/102V/). Led by Mario Motta, former F-104 pilot with 1500 flight hours on the Starfighter and Commander of the real 102nd Gruppo in 1981, the group was created with the aim to simulate the activities of the 102nd Gruppo in the period from the beginning of the ’70s to the end of the ’80s when the squadron operated from Rimini airbase with F-104G and S. Thanks to Mario Motta, who served in the 5th Stormo from 1972 to 1986, pilots trains flying realistic sorties flown by the Starfighters in that period using FS2004, the F-104G aircraft produced by Cloud9 (http://www.fscloud9.com/) and a few effects and add-ons (like Rimini Full scenario, made by Mario Motta himself). The squadron performs a wide variety of training activities, like those tasked to the real 102nd Gruppo, and attends also large scale exercises like the (virtual) Display Determination. Live firing sorties in the Maniago range, formation flying, supersonic runs and, above all, BBQ (ultra low level) missions.
As Mario explains:

the 102nd Gruppo had a certain number of pre-planned strike routes which were identified by the prefix “EQ”, “D” or R: the “EQ” followed by a progressive number were “Equivalent” missions, meaning that they were missions on the Italian territory equivalent to the real attack missions against targets of the former Warsaw Pact; the “D” missions were strike equivalent missions flown at night (there were two of them: the D3, above the Pianura Padana, Central Italy and Adriatic; and the D4 running along the Adriatic coast until Vasto, first southbound, then northbound); the “R” were high level night IFR missions (two available, lasting some 90 minutes and very boring for the pilots that flew all the time IMC) that were flown when weather conditions didn’t allow the execution of BBQ missions. Today, the Virtual 102nd Gruppo doesn’t fly the EQ as the real squadron did, for various reasons: first of all, the original routes and relative planning is lost and I can’t remember all of them; second, we can freely plan on all the foreign territory, since we have the 1:500.000 maps of the Europe from Portugal to the borders of Irak, from Libya to the North Pole.

To have an idea of the activities of the 102nd Virtual, take a look at the following video, made by Davide Pizzo, “Luce 7”, one of the pilots of the squadron. You can find many more on both the squadron’s homepage and Youtube.

Another interesting product is YSFlight (http://www.ysflight.com/), a flight simulator created by Soji Yamakawa. It is neither as complex as FS nor as simple as the GE-embedded simulator. What is really interesting is that it is very small in size (less than 10 MB) and provides some really nice add-ons and options: you can fly dogfights engaging a wide variety of oppositors, you can fly intercept or close air support missions, or you can fly diamond or delta formations with leading a flight of 4 or 6 of your favourite aircraft. Furthermore it is completely free and continuosly updated: aircraft, maps, etc. can be edited, meaning that much new stuff is issued by both the author and the community of pilots/players on a regular basis. Taskforce 58’s YSFlight Hangar (http://www.ysflight.ca/) is a site where you can download many interesting add-ons, comprising some detailed F-104s in many different configurations and colour schemes. I have downloaded the aircraft and maps pack, tried it and found it very interesting. Italian F-104S in the old camouflage livery are nice, with a flight model enough accurate for this kind of product. YSFlight is an enjoyable game: you can play without worrying about CPU, RAM and concurrent applications and you can replay your missions and have plenty of view options available. Just have a look at the following screenshots…. 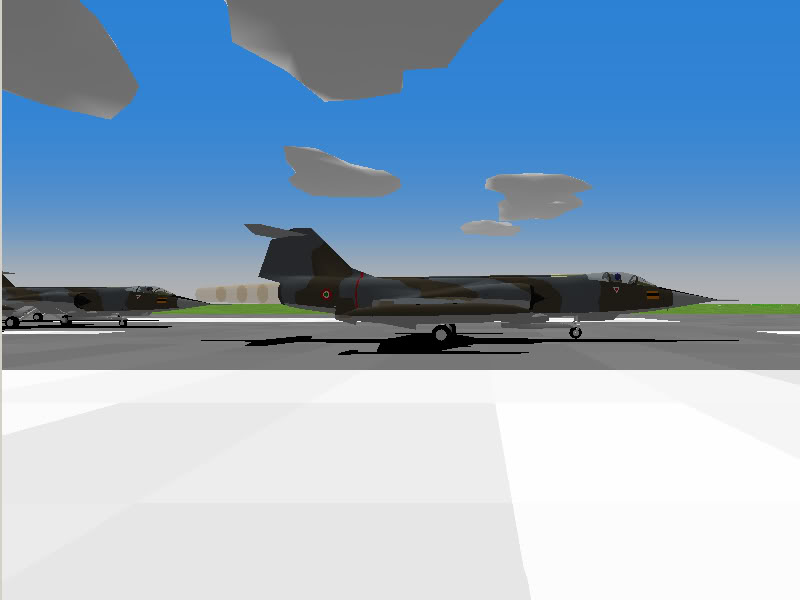 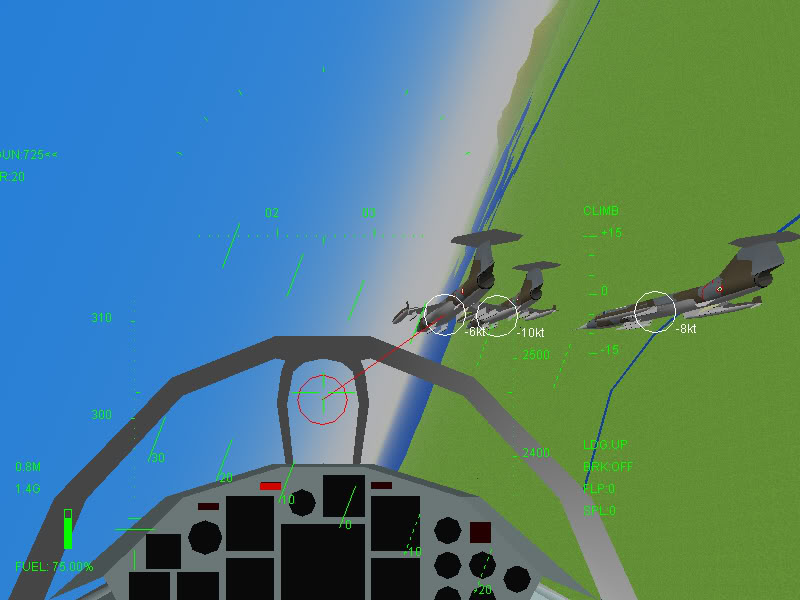 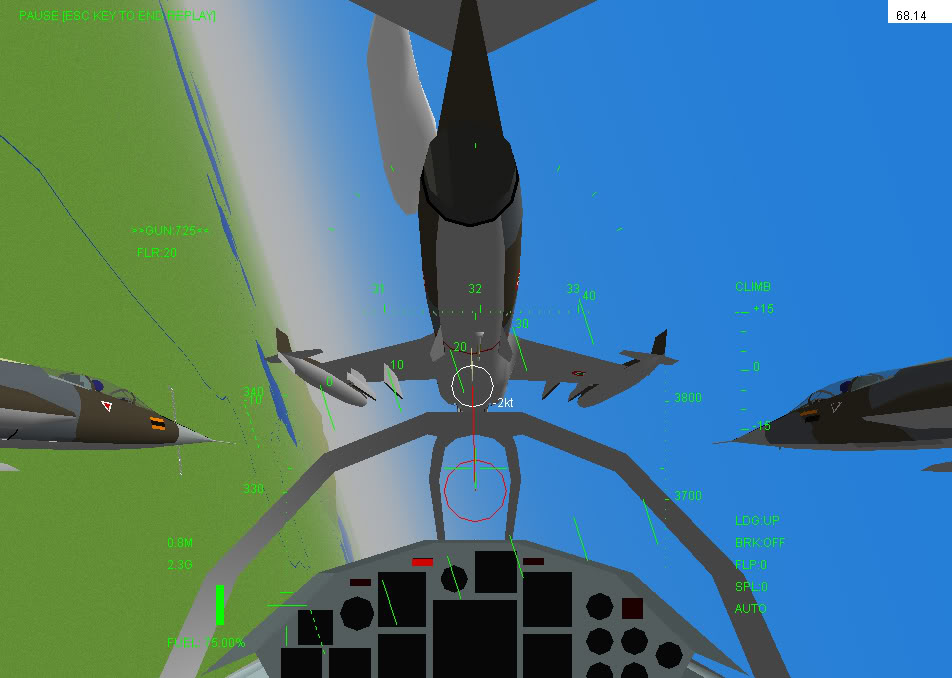 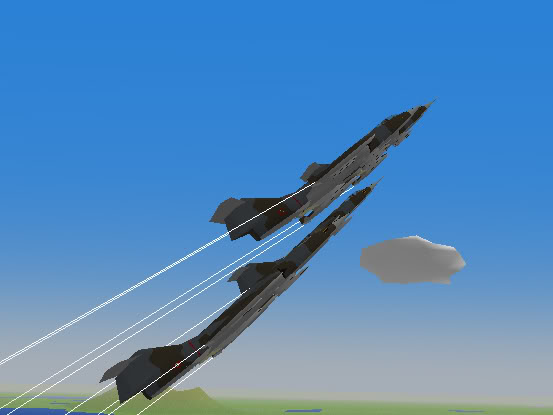 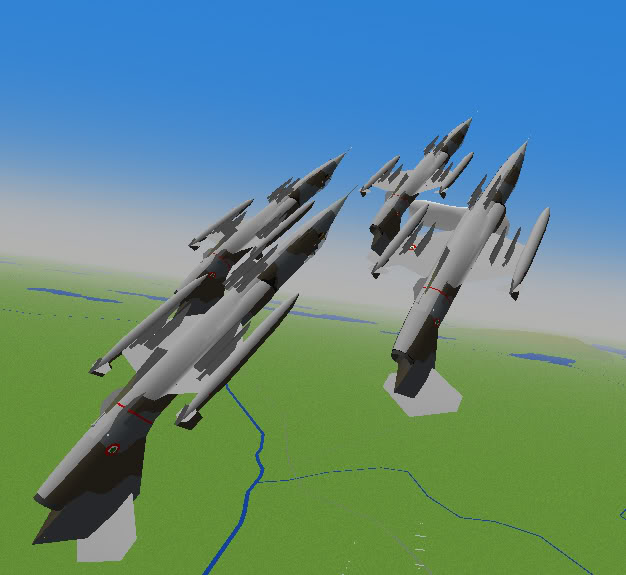 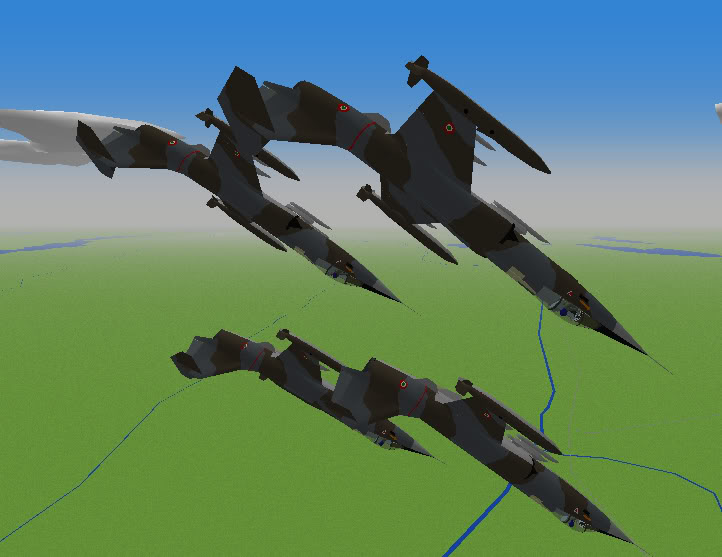 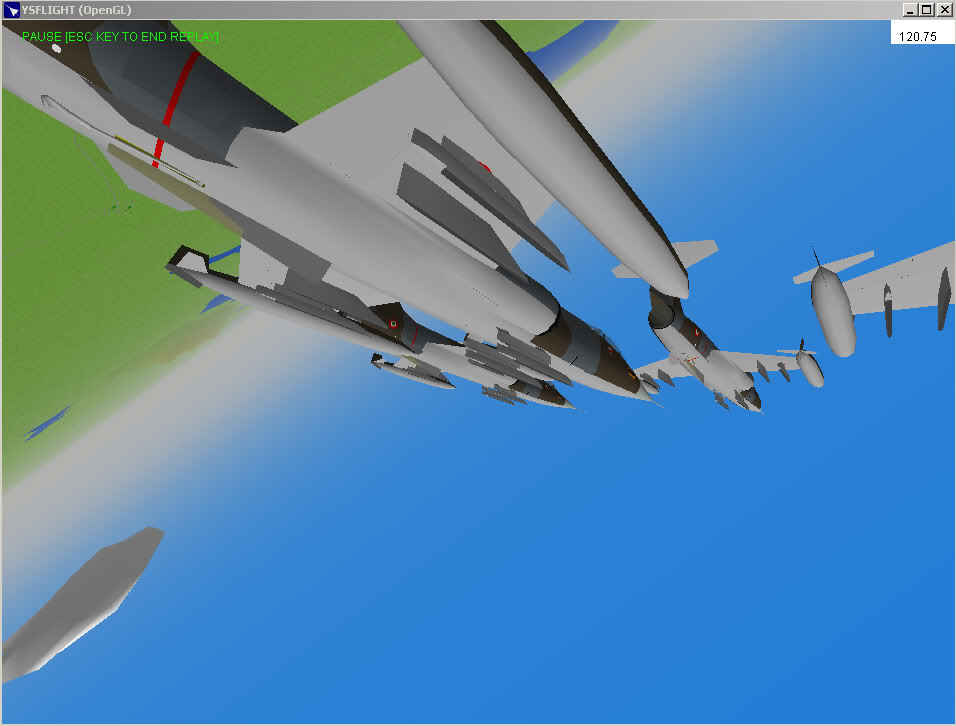 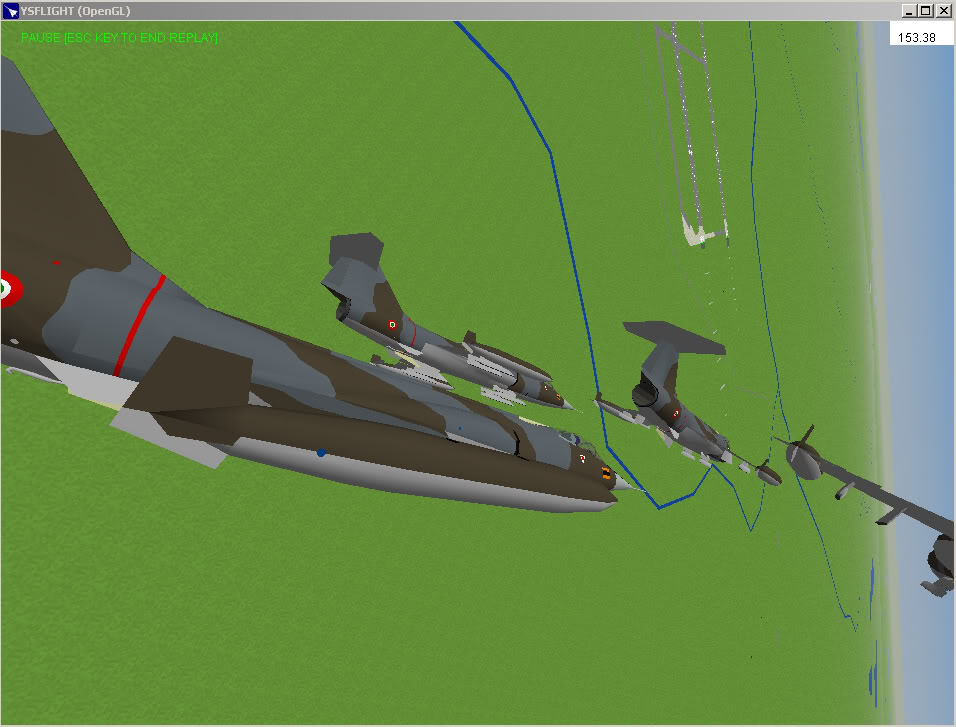 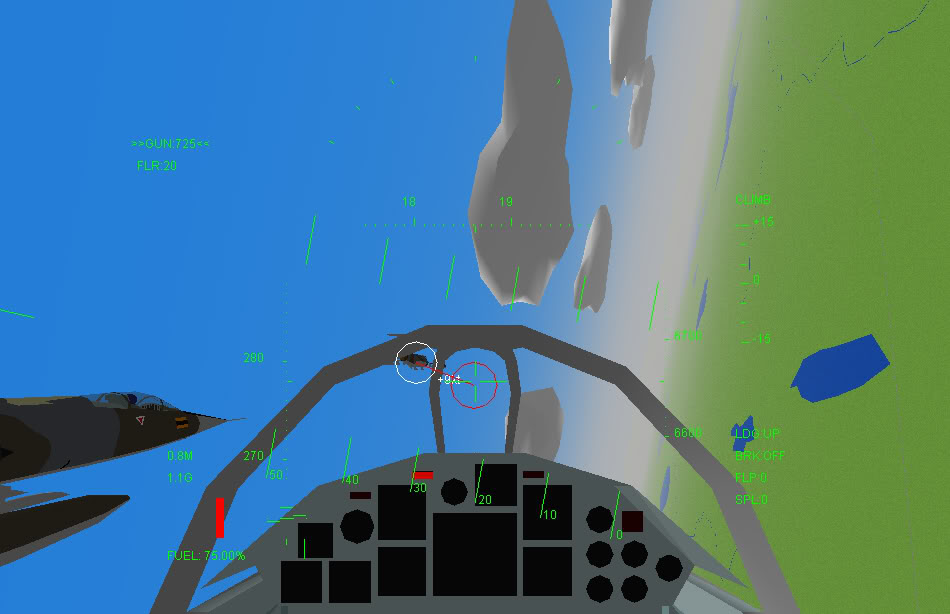 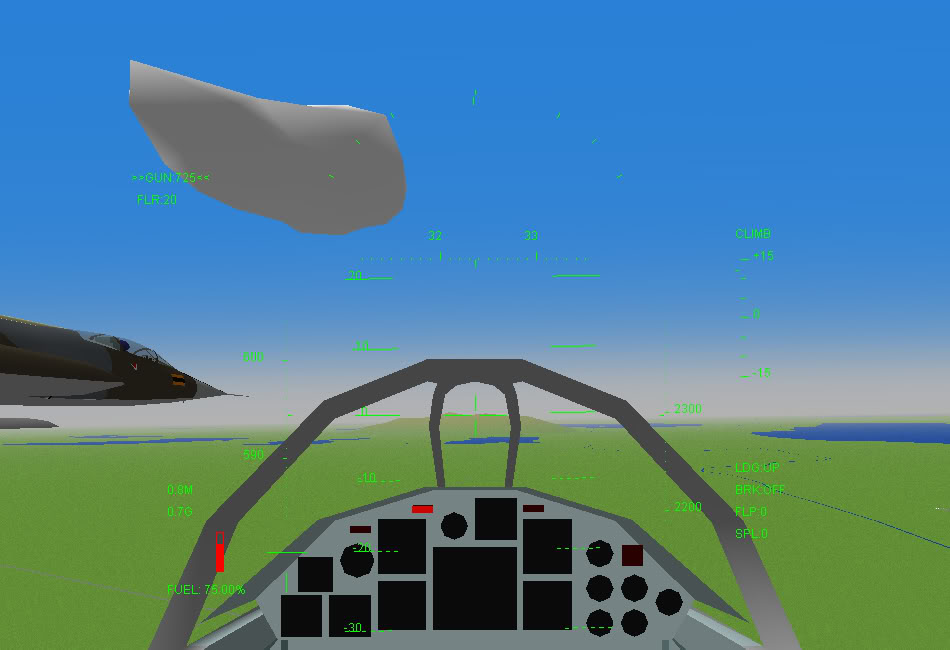 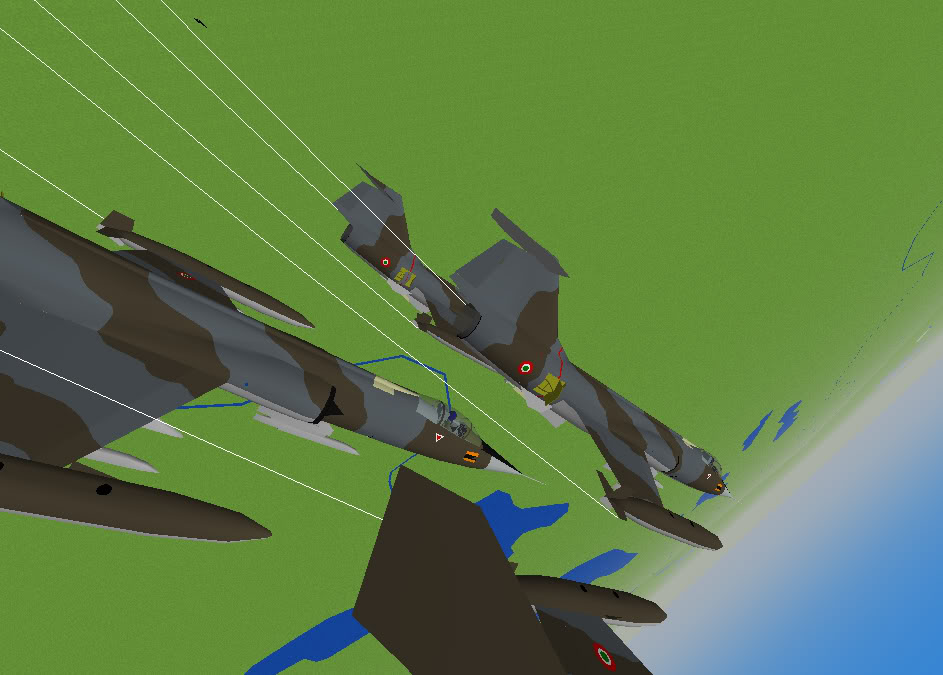 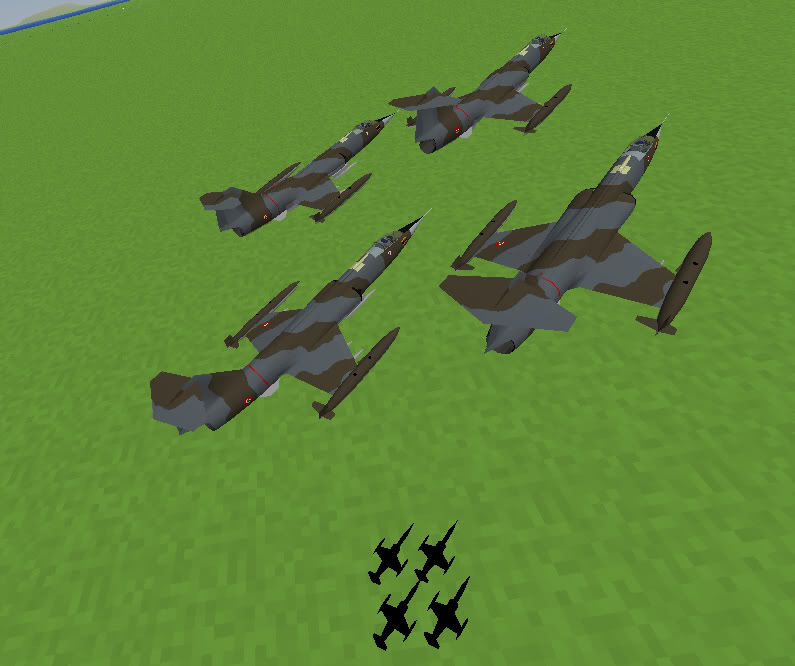 UAE F-16s arrive in Jordan to support war on ISIS. Some of them don’t wear national markings