Ever wondered how some of the air-to-air photos which appear in aviation magazines are taken? This video will give you an answer…

The following clip was filmed by world famous photographer Sławek Krajniewski, best known as “Hesja“, from a Polish Air Force CASA C-295 during NATO Tiger Meet 2018, that took place at the 31st Tactical Air Base in Poznan-Krzesiny, Poland, between May 14 and May 25.

As you can see, the two “Vipers” flew extremely close to the photo-ship, so much so it seems the photographers could almost touch the F-16s. The video is also interesting because it shows the maneuvering and work required from both sides (pilots and photographers) to get the cool shots you can find on aircraft magazines and websites all around the world.

In case you were wondering what kind of lens Hesja used during the shooting, here they are: 70-200mm and 24-120mm. One of the shots resulting from the multiple “breaks” that you can see in the last part of the clip can be found here below: 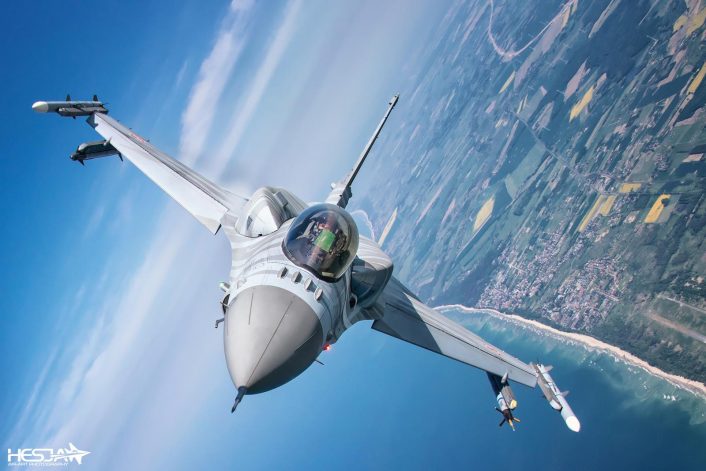 2016 Domestic Training Schedule For The Polish Air Force As the Polska Zbrojna outlet reports, a few days ago, General Mirosław Różański has presented the domestic training exercises schedule of the Polish Air Force. The […]

Everything you need to know about the F-35 deal just signed in Poland. On Jan. 31, 2020, Poland signed the deal for the purchase of the F-35 Lightning II aircraft at the Dęblin Air Force […]