U.S. Air Force jets provided cover to both the bombers and the warships involved in the first wave of air strikes on Syria. Here are some interesting shots of the aircraft returning home after their “escort” mission.

As already explained, the “limited air strikes” launched early in the morning on Apr. 14 were supported by several tankers and also by fighter aircraft whose task was likely to cover the fighter bombers and the warships firing their Tomahawks from the eventual threat of Russian aircraft launched from Khmeimim air base, near Latakia, in western Syria.

The aircraft tasked with ensuring air superiority and DCA (Defensive Counter Air) were 31FW F-16Cs, from Aviano AB, Italy, and 48FW F-15Cs, based at RAF Lakenheath but deployed alongside the Vipers at Aviano. They were supported by KC-135R tankers with the 100th ARW from RAF Mildenhall. The shots in this post, taken by photographer Claudio Tramontin outside Aviano today, show the aircraft loaded with AIM-120C AMRAAM and AIM-9X air-to-air missiles along with external fuel tanks. Interestingly, the Vipers carried also a AN/ALQ-131 ECM pod as well as the Sniper ATP (Advanced Targeting Pod). Pilots worn the JHMCS (Joint Helmet Mounted Cueing Sight) and NVG mounts. 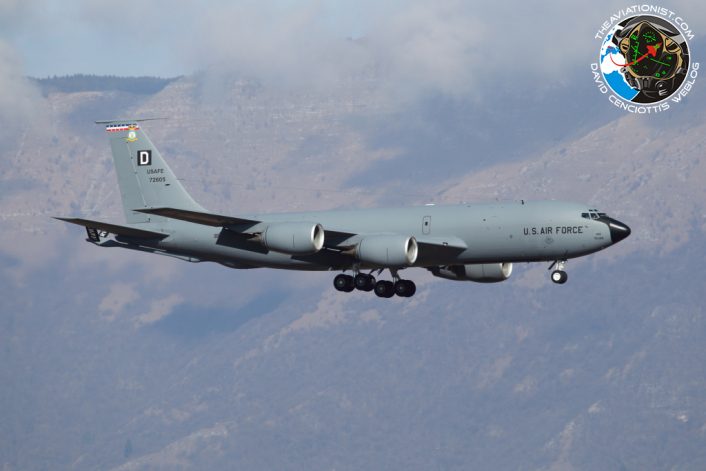 ISIS claims they have shot down a U.S. Air Force A-10 in Syria. Pentagon denies.

“Wraith”, The Crowd-Sourced Color Scheme Aggressor F-16 Thrills Crowds at Nellis. Aviation enthusiasts from around the world got their first chance to see the new “Wraith” color scheme aggressor F-16 of the 64th Aggressor Squadron […]