For one week U.S. Air Force’s Southern Command undertook a surge of its operations against the trafficking of illicit drugs into the United States, using bombers flying as NTISR (non-traditional intelligence surveillance reconnaissance) aircraft.

U.S. Southern Command oversees an area covering more than 40 million square miles, a region whose major challenge is the war against trafficking of illicit drugs into the US.

Dubbed the “Big Week”, the operation saw the involvement of B-1 Lancers and B-52 Stratofortresses that were assigned the difficult task of flying over large areas of the ocean in search of suspected trafficker boats acting as non-traditional Intelligence Surveillance and Reconnaissance (NTISR) platforms.

The heavy bombers contributed to the surveillance mission sharing the data collected by the targeting systems and onboard sensors with multiple Naval-Coast Guard assets, something they usually don’t train too often.

Still, NTISR is a sort-of secondary mission for all the U.S. bombers performing on-call CAS (Close Air Support) in Afghanistan or Iraq, where they augment traditional ISR efforts by means of their targeting pods with downlink capabilities. 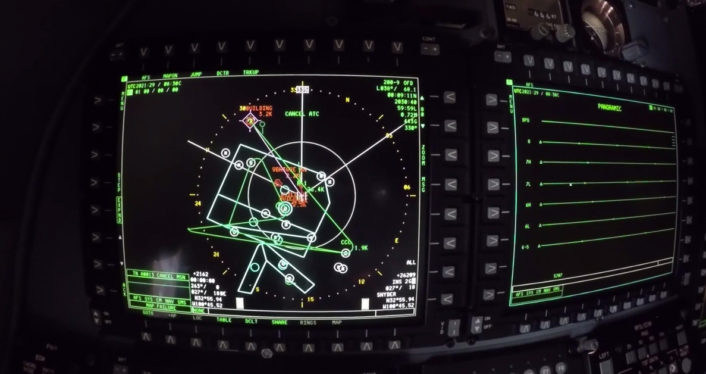 The operation resulted in six metric tons of cocaine seized or disrupted, illegal drug which never made it into the United States.

Stratotankers were important to expand Big Week’s operational reach keeping Air Force bombers in the air and adding critical hours to the surveillance mission, whereas intelligence personnel provided the required informational flow between aircraft, maritime, and intelligence assets so that, once detected, drugs could be taken off the water.

Big Week allowed the joint interdiction team to test their training in a real-world environment, cooperating with agencies and in a scenario and area they don’t typically operate out of.

According to the U.S. Air Force”Big Week was a vast operation, meant to show how members of different agencies and services could operate in a joint environment against a common threat. Big Week proved that a determined and organized drug interdiction team could effectively challenge illicit drug trafficking into the United States.”

While not officially acknowledged, photos of the aftermath of the incident emerged on social media platforms. Some photos recently surfaced on social medias showing a B-1B Lancer bomber after an emergency landing. The photos sent […]

This 4K 360-degree Cockpit Video Of The F-35 Demo Flying Over San Francisco Fleet Week Is A Must See!

Ride along with Capt Andrew “Dojo” Olson as he flies the F-35 Demonstration over San Francisco Fleet Week. Although it generated some controversy because of a negative article published on CommonDreams.org (that “earned” a complete […]