As we reported in July 2015, the U.S. Air Force is conducting a series of test drops, in Nevada, of the latest LEP (Life-Extention Program) upgrade to the B61 line of nuclear weapons: the B61-12.

These tests involve F-15E Strike Eagles of the 422nd Test and Evaluation Squadron, as shown in the accompanying photos taken in the early morning hours of Oct. 20, 2015, by The Aviationist‘s contributor Eric Bowen. 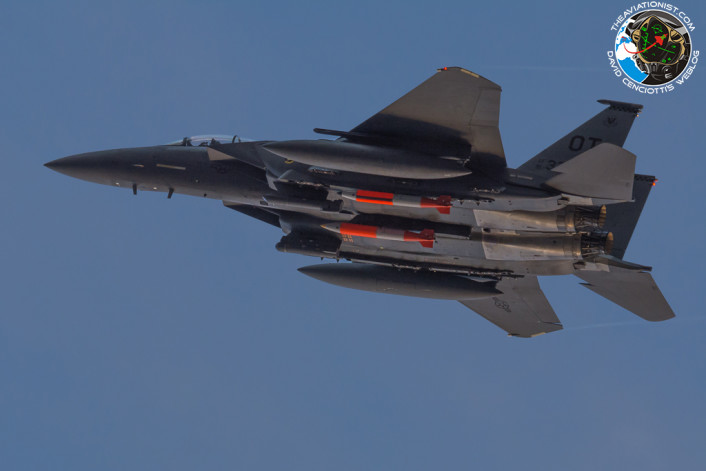 As you can see the F-15E carries two bright orange B61-12 Joint Test Assemblies (JTA) as it is leaving Nellis AFB: noteworthy, the two devices are not quite identical to one another both in overall color pattern, and more interestingly, the tips of each JTA appears to be different.

As Bowen reported in an email to The Aviationist, the Strike Eagle and its unarmed chase plane returned to Nellis AFB approximately 2 hours later with only 1 of the dummy bombs still on board. 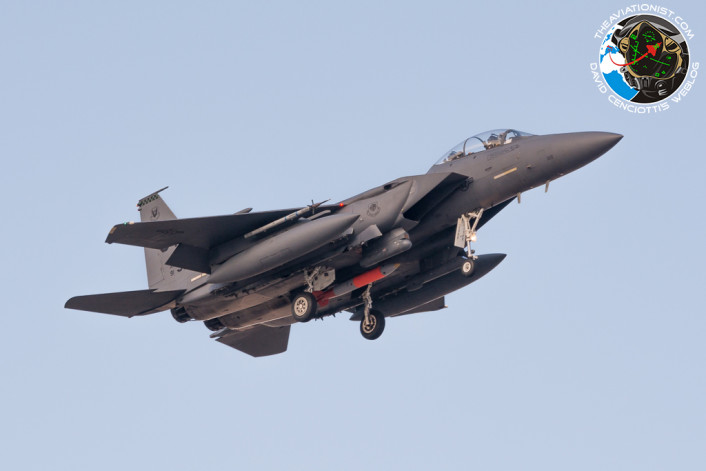 The LEP increases the B61’s accuracy so much that it will have the same capability against hardened targets as the much more powerful weapons it is replacing.