During the demonstration, she gave the signal to fire the EMALS catapult, with two weighted sleds being launched off the carrier around 1:00 p.m.

The video below shows the 8,000-lb sled with an end speed of 100 knots be catapulted into the James River where it was recovered for additional test launches.

EMALS is the system that will replace the traditional steam catapults: it employs stored kinetic energy and solid-state electrical power conversion for a higher control, monitoring and automation in the launching operations of current and future U.S. Navy embarked platforms. 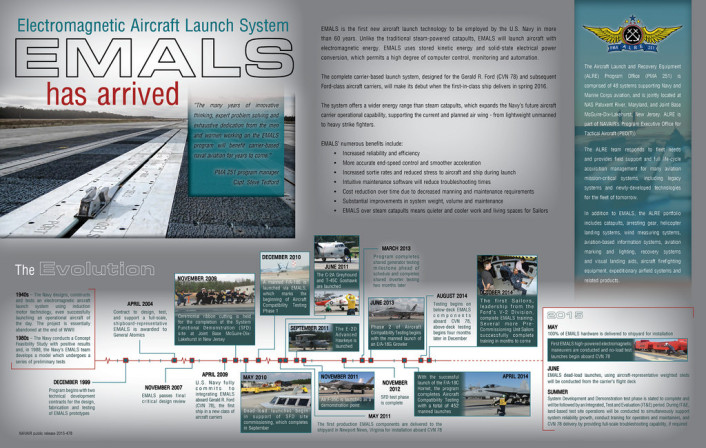 Just a handful of naval aviators have completed 1,200 trap landings on the flight deck of an aircraft carrier. Since Feb. 1, Capt. Robert Gentry, is one of them. Landing on a carrier is anything […]

Someone said we are one step closer to Skynet.. On Apr. 16, one of the two Unmanned Carrier Air Vehicle demonstrator (UCAS-D) aircraft of the X-47B program performed the first autonomous drone air-to-air refueling (AAR) […]