31st Fighter Wing F-16s have deployed to Estonia, to participate in bilateral training with the Estonian air force.

On Mar. 20, 14 F-16 Fighting Falcon jets, with the 510th Fighter Squadron of the 31st Fighter Wing, from Aviano Air Base, Italy, have deployed to Ämari Air Base, in Estonia, to take part in bilateral training with the local Air Force and perform simultaneous, unrelated training with the Finnish and Swedish air forces in their airspace. 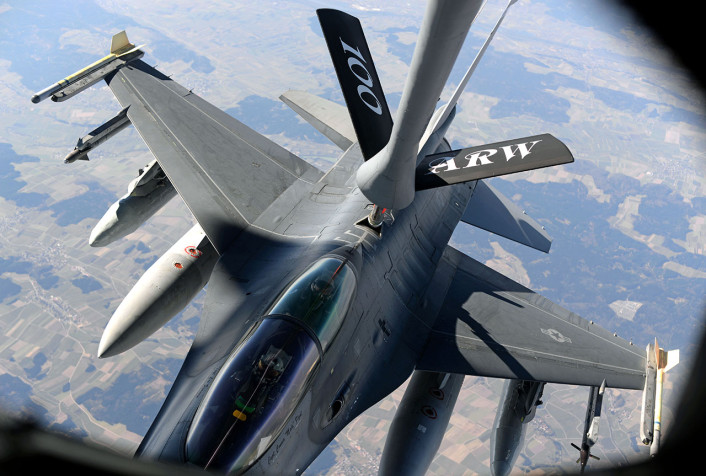 The aircraft will remain in northern Europe through April 17, and will conduct training on the Tapa Range with F-16 performing the Forward Air Controller (Airborne) role with Estonian JTACs (Joint Terminal Attack Controllers).

The purpose of the deployment is to enhance interoperability with a NATO ally and with other regional air arms however, the deployment is above all, another step in the U.S. Air Force’s “Forward-Ready-Now!” posture in the European theater where the Pentagon has already strengthened its presence with the deployment of the first TSP (Theater Security Package) and the A-10 Warthog attack planes from Davis-Monthan Air Force Base, to Spangdahlem, in Germany, and RAF Lakenheath, in the UK.

The images in this post were taken over Estonia, from a KC-135 during an air-to-air refueling mission. 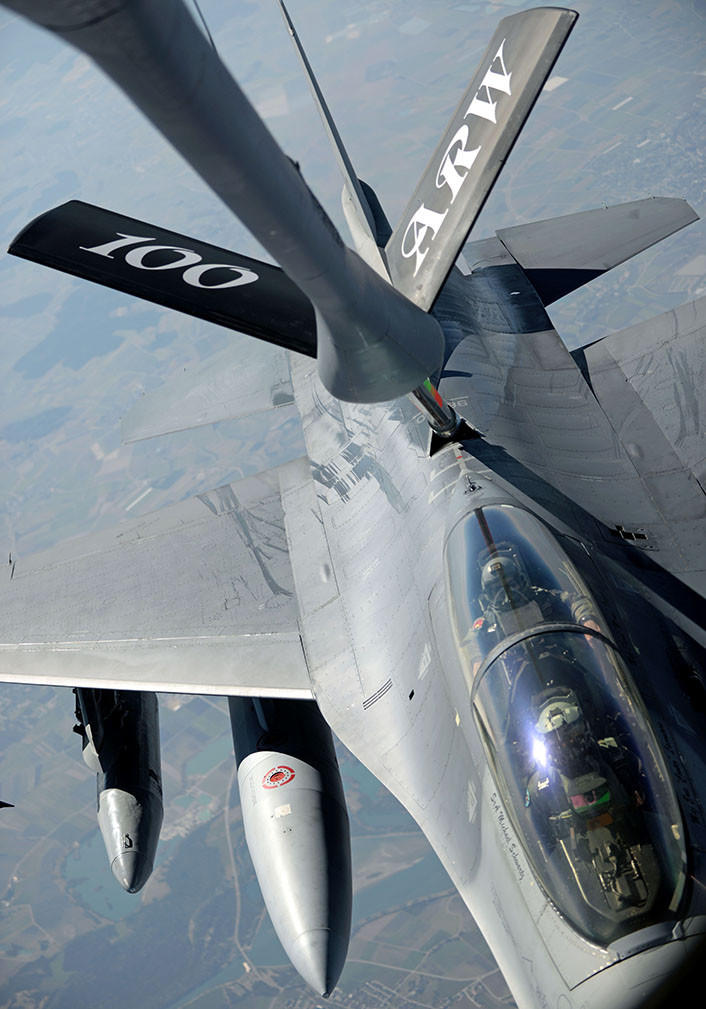 All we know about the U.S. B-2 bombers 30-hour round trip mission to pound Daesh in Libya

In a massive two-aircraft nighttime precision strike supported by at least one armed drone U.S. Air Force stealth bombers have killed over 80 ISIL insurgents south of the coastal city of Sirte, Libya. As already […]

A “Bone” taking off at night it’s always an impressive sight. The US Air Force B-1B Lancer (Bone from B-One within the pilot community) was once again one of the highlights of EAA AirVenture 2018 […]