If you thought modern combat planes use only a handful of Laser Guided Bombs you were wrong.

On Oct. 2, several assets belonging to the Hellenic Armed Forces attended the final phase of the national joint exercise “PARMENION 2014”  held from Sept. 29 to Oct. 2, throughout the territory of Greece and within Athens FIR (Flight Information Region). 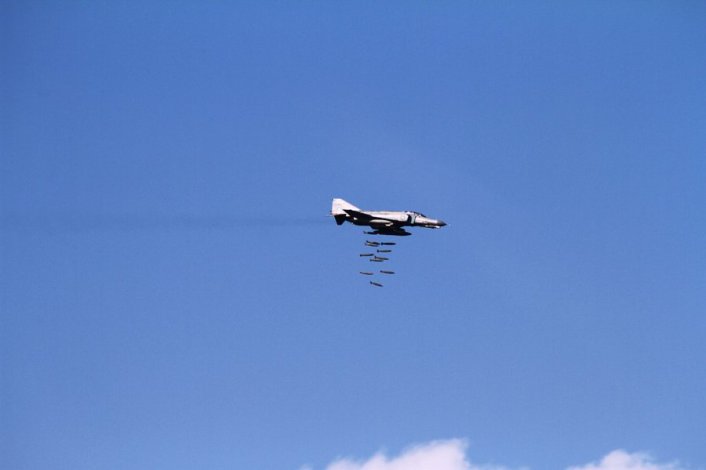 Among the aircraft that took part in the live firing demo in Evros there were four F-4E AUP Phantom II of the 338 Squadron, firing 12 Mk82 (500lbs) dumb bombs each. 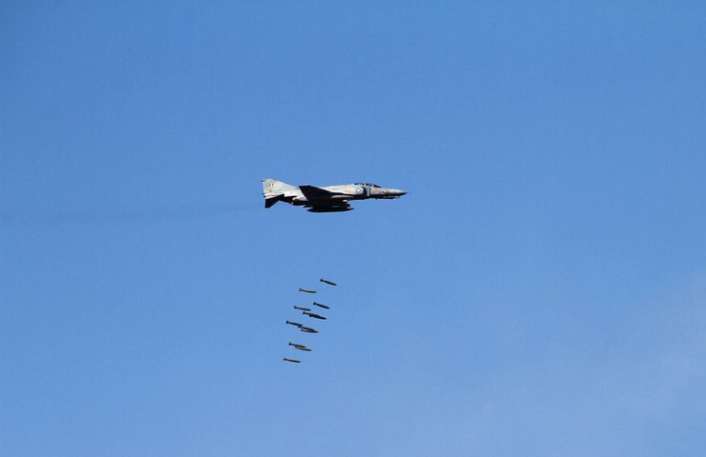 Here are some images showing the sort-of carpet bombing by the 40-year old Phantoms involved in the drills along with F-16s and AH-64 Apache gunship helicopters. 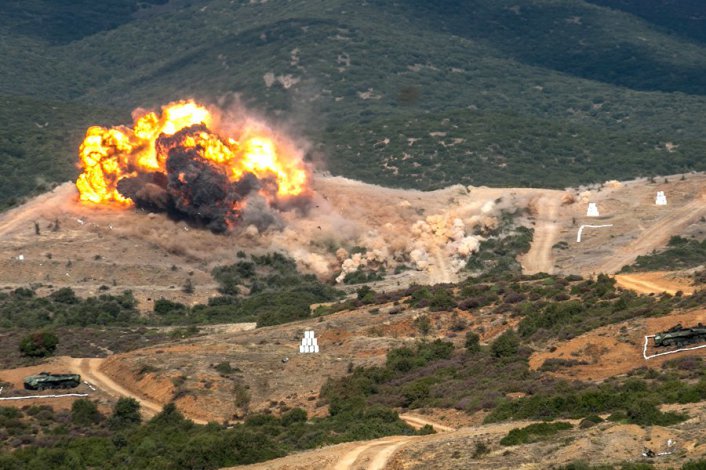 BDA (Battle Damage Assessment) was conducted by RF-4Es, including a Special Color one. 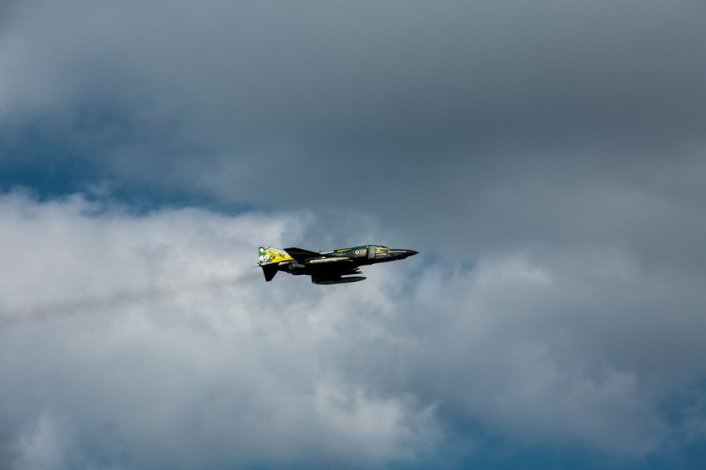 Below is a video with the highlights of the activity on the firing range.

Flares are high-temperature heat sources ejected from combat planes to mislead the missile’s heat-seeking targeting system: the burning flares have a heat signature larger than that of the aircraft’s engines, thus they attract IR (infrared) […]

Turkish and Greek fighters engage in dogfight over the Aegean Sea

According to Greek media outlets, Greek and Turkish jets engaged in a brief dogfight over the Aegean Sea after Turkish aircraft violated Greek airspace “several times.” As we already explained in the aftermath of the […]