Here’s something you don’t see too often!

As already explained, Cope Taufan 14 is a biennial Large Employment Exercise taking place from Jun. 9 to 20 in Malaysia, to improve U.S. and Malaysian cooperation.

Such large, dissimilar formations are usually arranged to celebrate the end of large multi-national exercises with at least one aircraft belonging to each of the participating units. 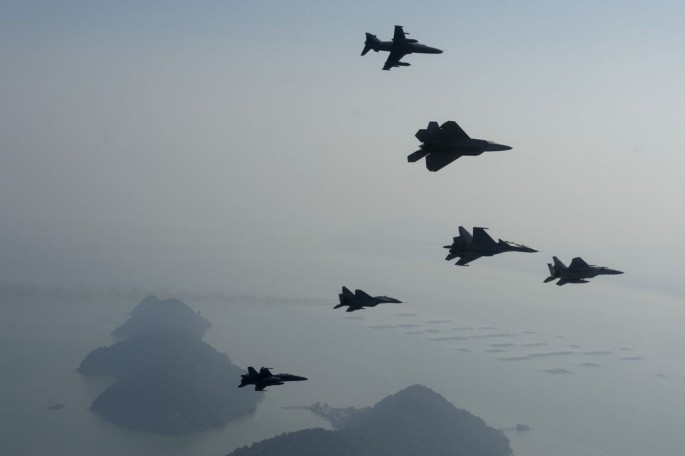