Some interesting as well as mysterious metal parts with Russian text have emerged from sea in the Salmon Bay, in Finnmark, in the extreme northeastern part of Norway, on Jun. 3.

According to the Norwegian TV2 website, the official explanation is that the wreck part belongs to the second stage of a rocket called Kosmos2486. The rocket was launched on Jun. 7 from Tlesetsk in Russia barely four days before the mysterious debris appeared on the surface of the sea.

However, several analysts disagree with the rocket theory for several reasons: first of all, the main part is a cylindrical container with a circumference of around nine meters with an oxygen bottle or fire extinguisher attached to it (something you don’t usually expect to be attached to an unmanned rocket). Then, there are signs of corrosion, suggesting that the metal parts may have been in the water for a long time. 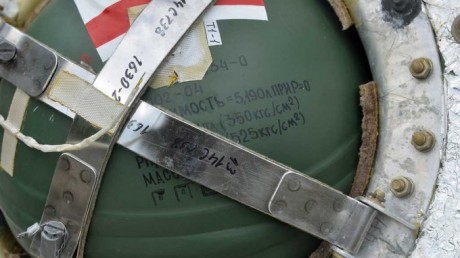 The object is about 3 meters wide and 3.5 to 4.5 meters in length and is curved. It shows signs of damages and torn parts on one side. Halfway through the curved suface there’s a pressure bottle, possibly a fire extinguisher or something similar. It sports Cyrillic inscriptions meaning that it is either Russian or made in Russia. 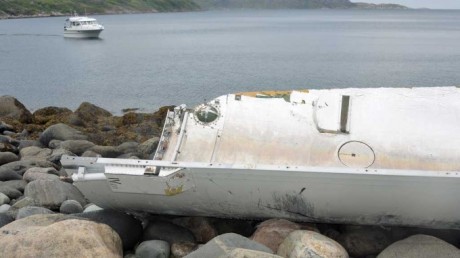 According to TV2, it could be an escape deck hatch of a Russian military plane, possibly a Tu-16 Badger, or a Tu-95 Bear engine nacelle.

Color of the wreckage (white) actually recalls the livery of the Tu-22 Backfire or Tu-16o Blackjack bombers.

OSINT (Open Source Intelligence) analysis on social media platforms and flight tracking websites provides insights into the highly dynamic situation with many new details every minute. As it is being widely reported, Russia launched full […]

As the Russian Navy prepares for the largest drills in decades (to be held in the Caucasus and Mediterranean areas towards the end of January), with warships from all of Ivan’s fleets, some amazing footage […]