An F-16D has crashed whilst landing at Ramat David airbase on Jan. 2, 2013 when the landing gear of the multi-role combat plane collapsed upon contact with the runway.

The two pilots successfully ejected and were not seriously hurt but the aircraft was so heavily damaged that it is unlikely it will return to the air in the near future.

This is the second time the Israelis experience this kind of issue with the  the same issue another incident took place in 2005 with the aircraft involved returning to flight during 2012.

According to an article in the World Tribune Air Force commander Maj. Gen. Amir Eshel ordered the suspension of all training flights by the F-16D in the wake of the latest incident.

Following the investigation launched into the failure with the help of Lockheed Martin, the “Barak” (nickname of the two-seater within the IAF) returned to fly on Jan. 17. 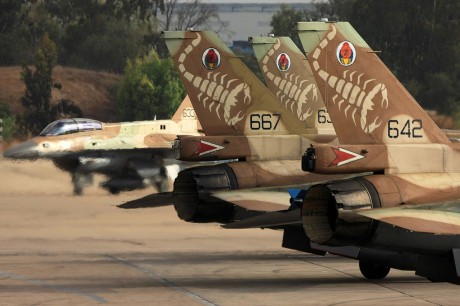