On Dec. 12, an acceptance ceremony held at Lockheed Martin’s Marietta, Georgia, facility, celebrated the delivery of the first three C-130J for the Iraqi Air Force.

Six planes, purchased through Foreign Military Sales (FMS) program, will be delivered to Iraq, whose Air Force will use them for intra-theater support and humanitarian relief operations. 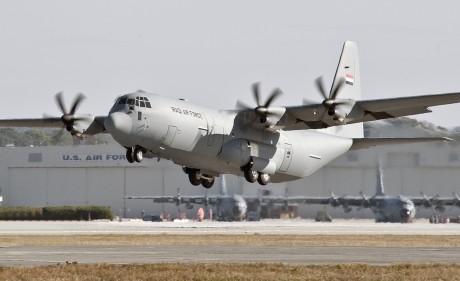 The first three aircraft are expected to arrive in Iraq next week. They will depart from Quonset Air National Guard Base, in North Kingstown, where Rhode Island Air National Guard 143rd Airlift Wing (USAF’s first and longest serving C-130J Unit) has trained the first Iraqi pilots and maintenance crews in anticipation of the delivery.

Ok, it isn’t taken on the deck of USS Nimitz. However, the following video, just released by the US Navy, gives you an idea of what US (and British) naval aviation will look like in […]