Led by HMS Illustrious (aka “Lusty”), elements of the UK’s Response Force Task Group (RFTG), left Portsmouth on Oct. 1, to take part to part to a series of exercises around the UK as well as in the Mediterranean Sea.

After taking part to the Exercise “Cougar 12” in South West UK, that will start with a full on beach assault from Royal Marines which will include air support provided by assets from HMS Illustrious, the naval force will then set sail south and will meet up with the rest of the RTFG in the Mediterranean.

Once in the Mediterranean, the deployment of four warships, an amphibious support ship, a transport ship, three commando units and helicopters from no less than eight Fleet Air Arm, RAF and Army Air Corp squadrons will take part in two large exercises and multiple other activities.

The first of the two large scale exercises in the Med will see the British force team up with the French Carrier FS Charles De Gaulle, which will provide the fast jet element with its Super Etendard and Rafale fighters, a role that will be performed by the Queen Elizabeth class carriers (currently under construction for the Royal Navy) when it enters the active service towards the end of the decade.

The joint multi-national drills will take place in or around Corsica and will help train the Anglo-French force train towards a joint amphibious force.

Afterwards, the Task Group will also visit Malta and Algeria before moving on to the Adriatic which will see the group train with the Albanian military.

As well as the French, the British group will also train alongside U.S, Algerian and Albanian forces.

HMS Illustrious takes HMS Ocean‘s place in the Task Group as Ocean is currently in for a re-fit after its Olympic Security Duties, the UK’s Response Force Task Group first saw combat over Libya during 2011 and is in essence a rapid reaction force that is on a 5 day notice period to go anywhere in the world should the UK government require it.

Although it will operate in the Eastern Mediterranean Sea, the British Task Force could easily be diverted to the Gulf region via the Suez Canal within a week of being ordered to do so.

The Mediterranean region has already seen the gathering of several U.S. special operations planes following the attack of the U.S. consulate in Benghazi, whereas the drums of war beat in Mali too.

A large naval exercise, believed to be aimed at training warships belonging to 25 nations to react to any Iranian attempt to mine or blockade the Strait of Hormuz in response  to an Israeli pre-emptive strike against Tehran’s nuclear weapons program, has taken place in the Persian Gulf in the second half of September. 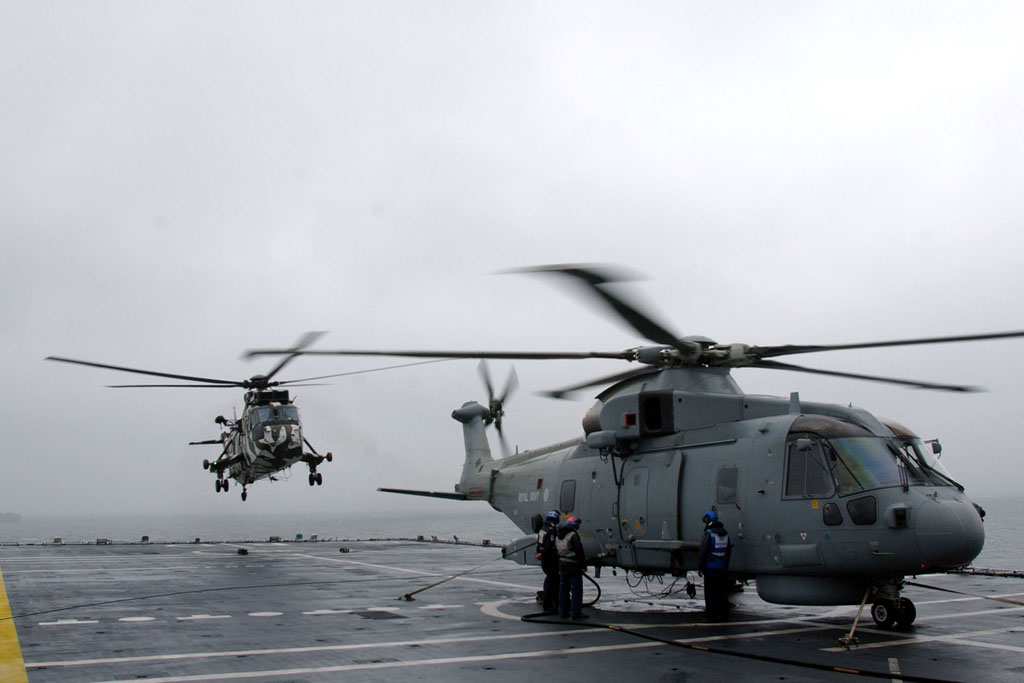 The aircraft went down soon after takeoff this morning while the HMS Queen Elizabeth was sailing in the Eastern Mediterranean Sea. Probably, recovery operation underway. As you may know by now, a British F-35B crashed […]