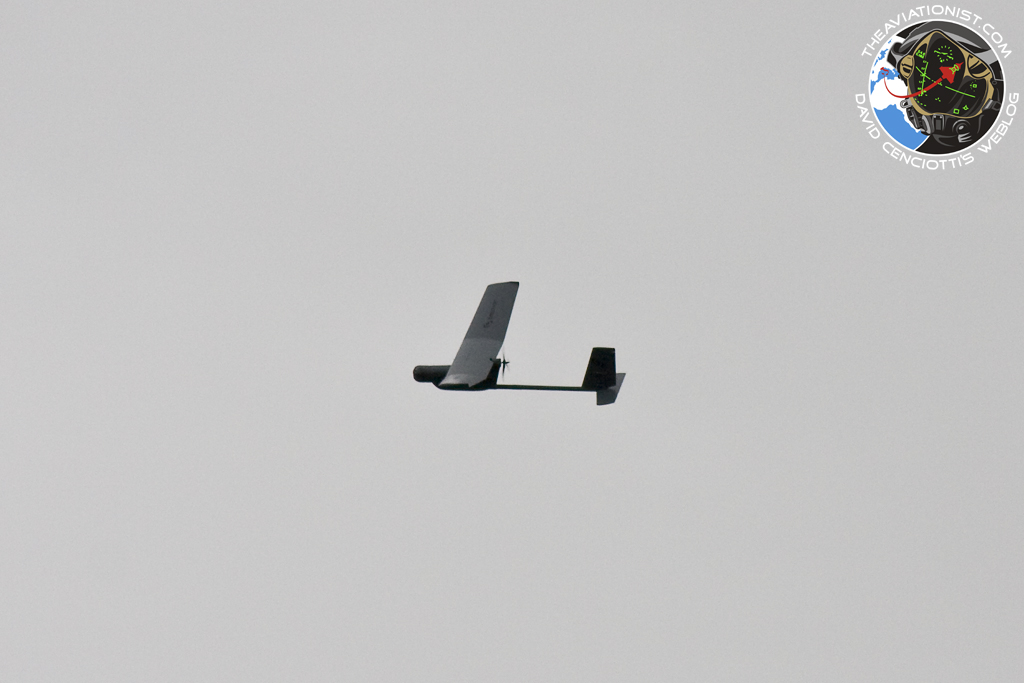 The mini-UAS is hand-launched by a team, then silently circles over the airport and then finally lands at the end of the short demo flight.

However, the air display on Jul. 9 had an unexpected end: although it gently landed on the grass next to the main runway as the Malaysian Airlines Airbus 380 prepared for take off, the UAS broke into three parts.

Meant to be carried in backpack by ground troops needing tactical assistance, the drone can be assembled and disassabled quickly. This might be the cause for the seemingly structural collapse.

Noteworthy, the Light Ray was brought to the show to give people the opportunity to see a drone at work: although they are flying for several years most spectators have never seen one actually flying.

For sure just a few of them noticed the “crash landing”.

BAM(s)! The crash of a U.S. Navy Global Hawk in Maryland could be the end of the giant drone.

On Jun. 11, the U.S. Navy announced that one of its nearly 200M USD Broad Area Maritime Surveillance (BAMS) demonstrator aircraft crashed during a test flight near Bloodworth Island in, Dorchester County, Maryland. The Navy […]